Dozens say they were duped in 'a carefully planned Ponzi scheme'

People who lent money to a Canyon County house flipper say he cheated them out of millions of dollars. Now, they want to get the word out to protect others. 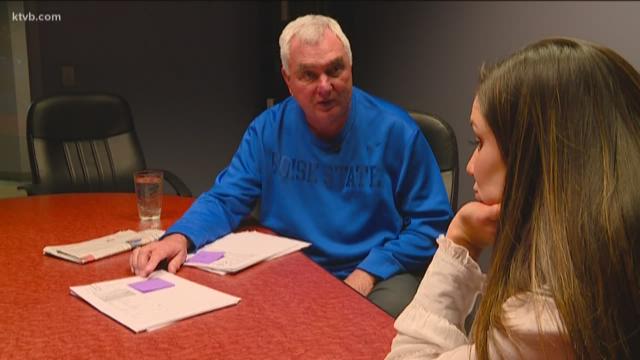 Dozens of people who lent money to a Canyon County house flipper say he cheated them - in what they're calling a Ponzi scheme.

They claim to have lost millions of dollars after investing in real estate projects with Shiloh Management Services. Investors filed a petition in early November to force the company and its owner, Nathan Pyles, into bankruptcy. Now, they want to get the word out to protect others.

"This guy is a predator," one long-time lender, Roger Button, said. "The list just goes on and on and on."

Several lenders say they've each lent and invested tens to hundreds of thousands, even more than a million, dollars in housing projects through Shiloh Management Services and Pyles.

"This was a carefully planned Ponzi scheme. There's no doubt in my mind," Frank Preston, a Boise man who lent nearly $1.1 million to Pyles, said. "He was just a thief. A common thief."

They say it's money they won't get back.

"It's probably gone. We'll be lucky to find any money,” Preston added. “I'm 73. I'm a CPA retired. I'm going to have a heck of a job putting food on the table… We're probably going to have to sell our house and move in with the kids. It's that bad.”

The attorney for a number of those lenders, Gery Edson, alleges Pyles committed a knowing and intentional fraudulent act.

"For lack of a better term, a Ponzi scheme: you just keep bringing in new folks from the bottom to feed the people at the top. And in this case that's Mr. Pyles," Edson told KTVB. “To me that's the definition of fraudulent activity is that you knew what you borrowed the money that you didn't have the resources.”

“A lot of my clients are people who have done transactions with the debtors in the past. They were promised that those loans were secured, that they had collateral," Edson added.

He says his clients found out their deeds of trust weren't recorded at all or other property liens were given priority status, essentially making their liens valueless.

"He has nine different loans on this one piece of property valued at $30,000,” Button explained as he showed KTVB a property listing. “On this property he got over $400,000 from unknowing investors.”

Investors like Button and Preston loaned Pyles money for about five years on house rehabilitation projects; they say they would receive monthly interest payments and get paid when their investment properties sold.

When asked why the two invested in Shiloh and Pyles for so many years, they said:

"He came across as a real gentlemen, a Christian man," Preston added. “After five years you believe that you can trust the fellow. Well, there's a real snake in the grass.”

Then, Pyles got into the business of building and selling homes.

"[I] started doing new construction loans with him probably about three years ago. The guy was always regular as clockwork on making his payments. Everything was fine until this last summer," Button told KTVB.

Lenders say that's when he stopped paying them.

"I think he found as many victims as he could possibly find in the geographic area he was working," Button added.

“The lot of the money he borrowed went back to repay a lot of other lenders," Pyles' bankruptcy attorney, Jeffrey Kaufman, admitted.

Kaufman says it all came to a head when another source of funds Pyles was banking on didn't come through.

"What we learned subsequently is those funds were used for Mr. Pyles' personal use; for instance, he funded his payment of his lawyers' fees," Edson said. “Where all the money went we don't know but it clearly didn't go to pay any creditors.”

Kaufman disputes that and says he has no evidence that any of Pyles' actions were “intentionally meant to mislead people”.

The alleged victims tell KTVB that Pyles had airplanes, a gun collection and lived in a $600,000 home that Mr. Button says he pitched in for.

"He lived a heck of a good life," Button added.

"At this particular time, a lot of the properties he has are undeveloped lots. I think the value that Shiloh Management Services has with the value of the real estate is probably around $5.5 million," Kaufman said.

But he tells KTVB all of those properties have multiple liens on them and contractors have put materialmen liens on some properties after not getting paid for their work.

"That's a bunch of money. And he did that in a very short period of time. Where's it at? You know, I mean that's unreal. And he was continuing to seek out victims," Button said.

Kaufman believes Pyles was in over his head, struggling to pay lenders and develop homes simultaneously.

“Essentially, the projects he took on they cost more than what he anticipated. He was paying higher debt service premiums and he was unable to cash flow the development of these real estate subdivisions,” Kaufman said. "He always thought that with the development and the real estate once it's developed it would be sufficient enough to cover all the loans. It's not a Ponzi scheme in the fact that he wasn't trying to dupe people.”

"Whether there'll be enough money to pay anyone a significant amount of money on the amount of their investment is probably highly unlikely," Edson said.

Lenders tell us the FBI is also looking into Pyles and his company.

"You shouldn't be faced with that in your Golden Years. You prepared for this, you've sacrificed. And someone thinks they have the inalienable right to come and steal what you've got because they want it. And then to try to justify it. You know, it's just sick. Just sick,” Button added.

Connected to this ongoing bankruptcy case, Pyles is also facing criminal charges. He was arrested and charged earlier this month on four felony counts of writing bad checks.

His attorney in this case, David Leroy, denies those allegations. Leroy says four separate checks were post-dated or didn't have dates, and there was an understanding they couldn't be cashed until there were sufficient funds in the bank.

“This is not the circumstance of somebody writing a check to someone they don't know with the specific purpose of defrauding them. This is a continuing course of business between partners that suddenly went sour when continued funding from a third party source dried up unexpectedly," Leroy told KTVB. “The money that was going to back up those checks never came. The individuals who received those checks were advised in advance that they needed to wait for the money. Because the wait has turned into a bankruptcy, money that is forthcoming will be through the bankruptcy court, not through some other device.”

But those he wrote the checks to feel it's flat out fraud. The judge released Pyles on his own recognizance after his arraignment in early December. Pyles is due back in court Jan. 8.