Six kids were pulled from their Boise home after Ada County Sheriff's detectives say they were in imminent danger due to "filthy and dangerous" conditions. 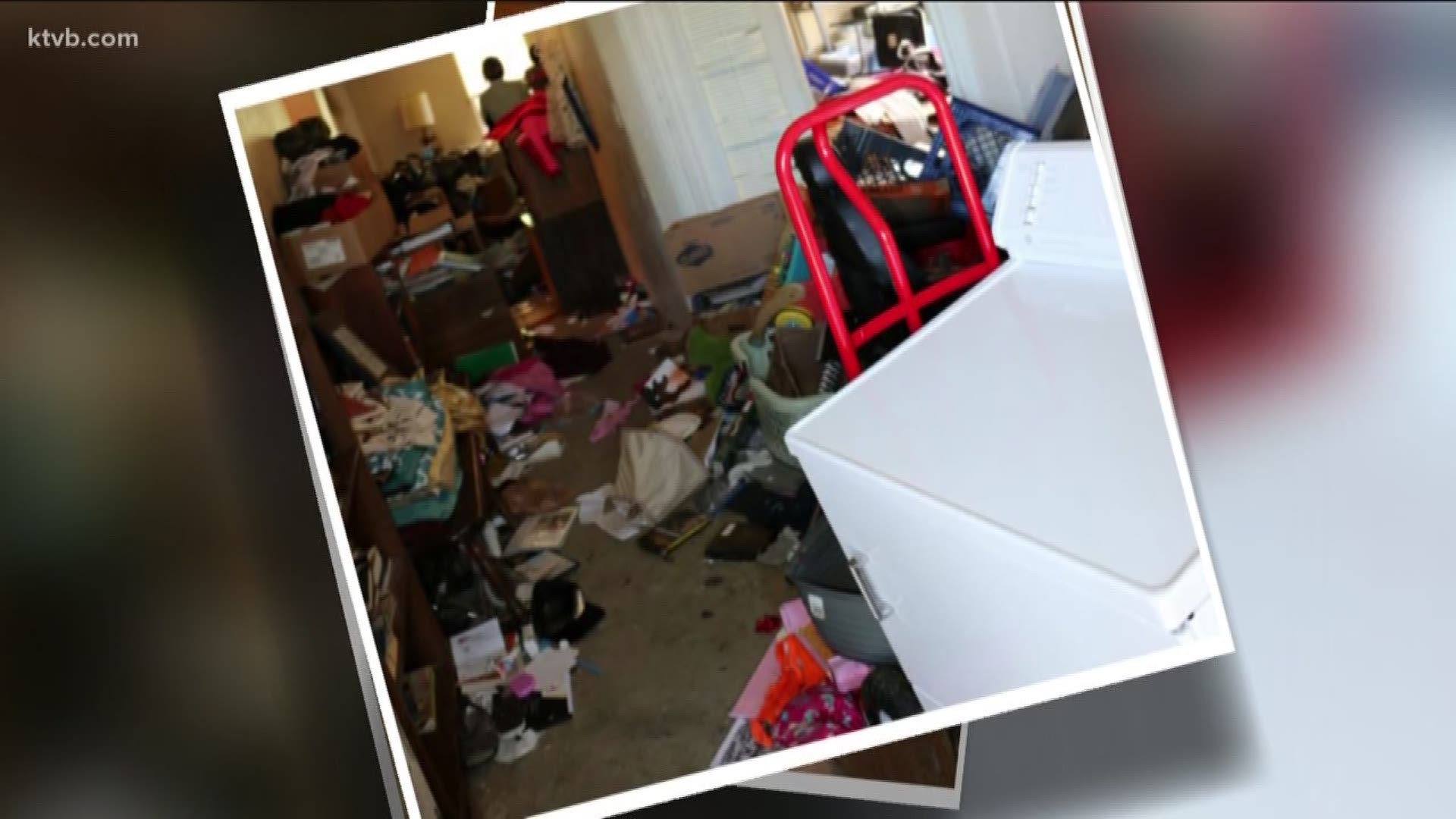 BOISE -- Six kids were pulled from their Boise home after Ada County Sheriff's detectives say they were in imminent danger due to "filthy and dangerous" conditions in their Boise home. Now, their parents are facing felony injury to child charges.

The sheriff's office started investigating Jamie and Lawrence Rose in May after someone reported concerning living conditions in their house. Detectives say it's one of the worst cases they've seen of children living in dangerous conditions.

"There's never one specific thing you can point at - we're calling this imminent danger because of this thing. It's a totality of the circumstances. It's the dirt, the grime, the feces, the lack of food, lack of running water," Lt. Ryan Jensen, lieutenant over the Ada County Sheriff's Office Criminal Investigations Division, said.

When deputies walked into the house Thursday morning, they say it reeked of feces and urine, there was animal feces on the ground and full cat litter boxes in several rooms. Officials say most of the house was covered with dirty clothes, debris, decaying food, and trash. Among the filth, they say they found a bottle of morphine left on a table in reach of the children.

"We kind of use the rule that you know it when you see it. And in my experience, that's the way it's been. You walk into a house and within a few seconds you realize, I wouldn't leave my own kids in this environment, I'm certainly not going to turn around and walk out the door and leave somebody else's kids in this environment. Albeit it's their own kids," Lt. Jensen said.

KTVB's Morgan Boydston knocked on the Roses' door in the Charter Pointe subdivision on Tuesday and after a minute or so of waiting, a man who appeared to be Lawrence came out. As soon as Morgan said, "Hey I am with -" he said, "Not interested, thank you," turned back to the house and closed the front door.

One neighbor told us he doesn't believe the kids have been in school for years and they run wild through their street.

The Ada County Sheriff's Office started investigating in May after someone reported concerning living conditions at Jamie and Lawrence Rose's house. But that wasn't the first time.

"We may get two, three, four of those - sometimes they're months apart so it's not like, oh, we got this one last week and got this one this week - it's months and months apart before we can essentially get enough to go get a search warrant and go in against that person's wishes," Jensen told KTVB.

Detectives say they looked into similar complaints over the last several years but they weren't able to look inside the home or talk to the children until last week. Detectives were able to get enough evidence to get a search warrant, which they served on Thursday morning.

"In order to get a search warrant we're going to need something more than just one person calling in and saying hey that house is horrible on the inside. Sometimes it's another person that's been inside that home as well sometimes somebody will have taken some pictures," Lt. Jensen said.

"But at some point we're going to reach a threshold where we have reasonable belief, or it's more likely than not, that this house truly is in those conditions that we need to intervene. And then we put that on paper to a sworn affidavit outlining every reason why we believe we need to enter this house against this person's permission or without their consent. Then we would go in - which is what happened in this specific case."

Officials declared the kids - who are between 4 and 14 years old - in imminent danger. The six children were placed in the custody of the Idaho Department of Health and Welfare and their parents were arrested and charged with felony injury to child.

"You go into that situation and you immediately think this isn't a safe environment. And when those cases happen we have a responsibility to do our job which is to protect the children and intervene. And unfortunately there's those situations where we have to remove them from that situation and charge people with crimes," Jensen added.

In general, Idaho Health and Welfare will temporarily remove kids in "imminent danger" and make temporary living arrangements pending a "Shelter Care Hearing" within 48 hours. At that court hearing, Idaho Health and Welfare Public Information Officer Chris Smith says a judge determines whether the kids should go back home or if they need to stay in custody until another hearing, called an "Adjudicatory Hearing", which must be held within 30 days. There, the judge decides if the children were abused or neglected and determines whether they should stay in protective care or go back with their parents.

"We want to disrupt the children's lives as least amount as possible," Jensen added.

The couple was released from jail after posting a $25,000 bond each. Their next court appearance is set for July 6. Felony injury to a child is punishable by up to 10 years in prison.