"I saw it soaring in this glorious death arch towards me," recalled Rachel Tessier. 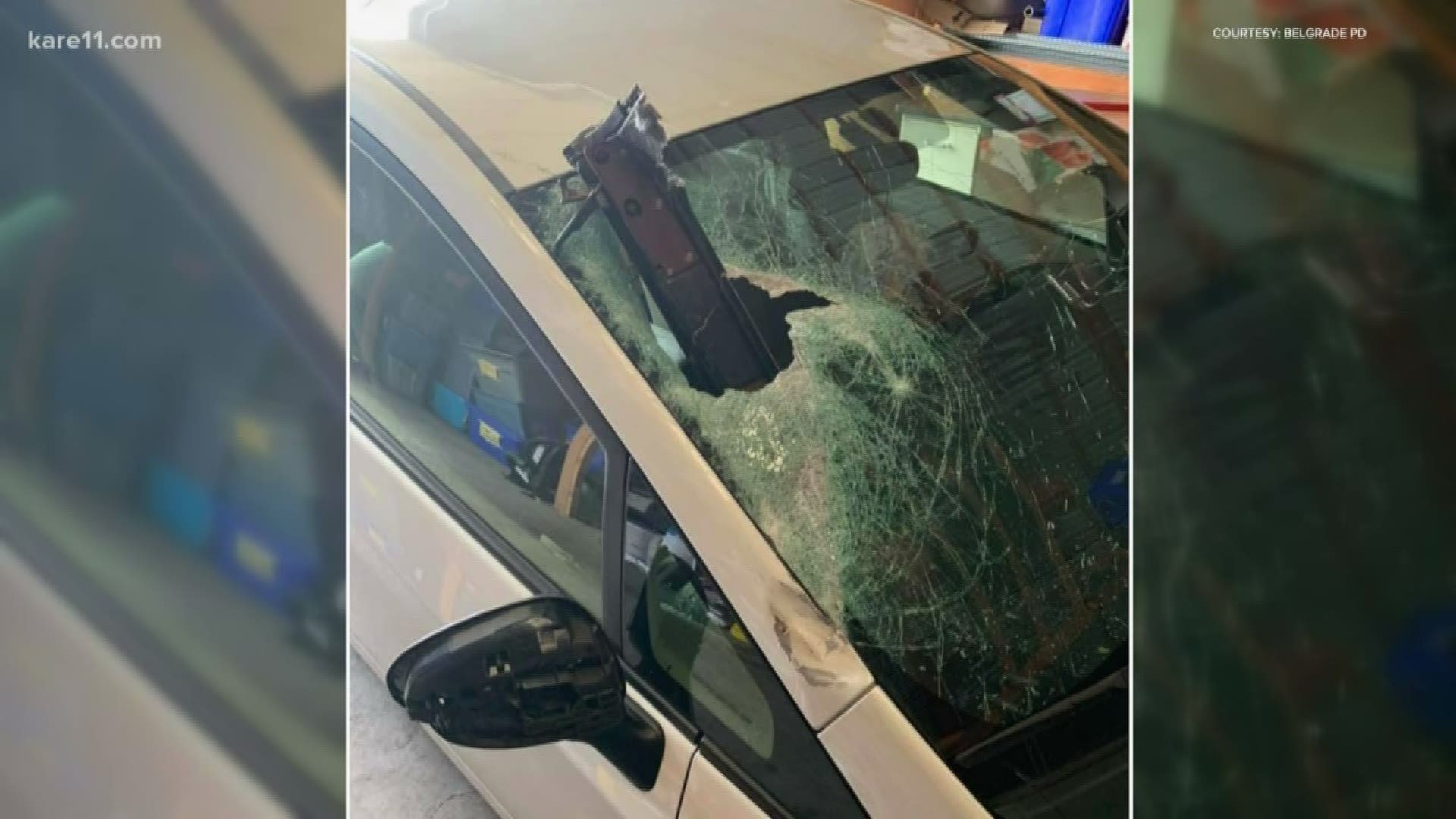 BROOTEN, Minnesota — Rachel Tessier was only a few miles away from work Friday morning when an object flew out of a truck passing by and pierced her windshield.

"I saw a large chunk of metal fly up out of the back of the truck or underneath," Rachel Tessier said. "I saw it soaring in this glorious death arch towards me."

When Tessier opened her eyes, there was glass everywhere.

"Weird things seem to happen to me," she said.

It happened around 6:45 a.m. as Tessier was driving west into Brooten on Highway 55, before the speed limit changes to 30 mph. She estimates she was going 60 mph as the object pierced her windshield. It happened so fast that Tessier doesn't remember what the truck looked like.

Chief Jansky said they're not sure what came crashing into Tessier's Prius but it's made out of fiberglass and metal. It's a sharp reminder of what can happen when drivers don't secure the objects they're hauling.

"Just make sure everything is tied down. If it's a smaller object, you should have it tarped and then have your tarp obviously secure. Also, bigger objects need to be strapped down with straps and chains and those kinds of things," Chief Jansky said.

Chief Janksy added, "If it would've went through the driver's side of her windshield, it could've been a whole different story."

Tessier, who lives in St. Cloud but is a band teacher in Belgrade, has taken the incident in stride. She said she was most upset that there was glass in her coffee and joked about how she's handling it.

"Everybody, they're like, 'When is the shock going to set in? You could've died.' And don't get me wrong, I've been using that to my advantage since Friday. Any time my husband won't like sweep the kitchen or something I'll be like, 'Eric, I could've died,'" Tessier joked. "But I'm just glad that nothing worse happened. I like to look at the bright sides of things and it's going to be okay."

While Tessier said she doesn't expect the driver to come forward, police are hoping to find the driver for insurance reasons.

If you have any information that could help, you should contact the Belgrade Police Department.