The Idaho legislature is working to pass final legislation as they close in on a near-record session. 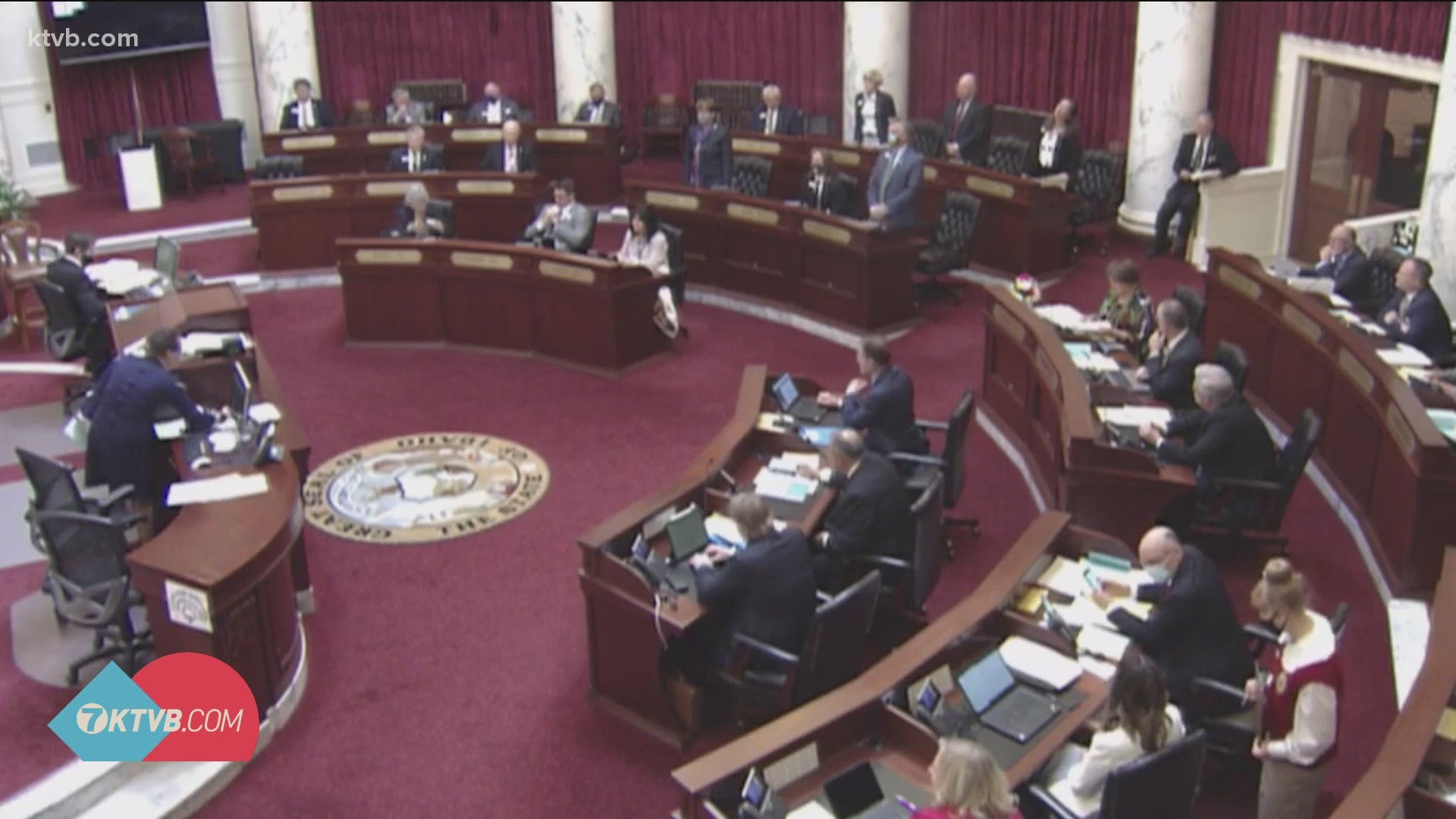 BOISE, Idaho — In a sudden move on the Senate floor Wednesday morning, Idaho Democrats moved to adjourn for the year.

The motion to adjourn failed on a vote, but Idaho Senate Minority Leader Democrat Michelle Stennett told The 208 that the motion sent a clear message from Senate Democrats.

“We just said enough already, somebody has got to stand up and be the adults in the room, this just can’t continue. If you are not willing to do what we were sent here to do and what our people asked us to do we have no business staying here,” Stennett said.

Senator Ward-Engelking said it is frustrating to watch new bills printed and heard as recently as this afternoon after Democrats were told weeks ago that it was too late in the session to consider things like funding all-day kindergarten. She said she continues to hear the same comment from Idahoans - get the big items done.

The Democrats' move to adjourn for the session was met with less enthusiasm by Republicans. They argue there is still important work to be done.

“I don’t understand why we would have this motion on the floor at this time we still have a lot of work to do for the people of Idaho. I think it is a slap in the people’s face of Idaho that we haven’t finished our business, that we haven’t given property tax relief, that we haven’t done a lot of things that need to be done for the benefit of our citizens, the senator votes no,” said President Pro Tempore Republican Chuck Winder.

During an AARP town hall Wednesday afternoon, KTVB asked Governor Brad Little if he wanted to see the legislature wrap up, he had a short and sweet response.

House Speaker Republican Scott Bedke said despite concerns from some lawmakers, he believes the legislature is getting very close to essentially finishing.

“Getting close, if everything goes as planned we will finish up the floor work either by late this afternoon or first thing tomorrow morning and then we plan on going on recess, unpaid recess,” Bedke said.

The plan is for lawmakers to come back early next week, giving the governor time to take action on vetoing any newly passed legislation. Lawmakers could then react and wrap up. However, there is a belief that lawmakers may not formally end the session at that point, instead of recessing, unpaid, with the possibility of coming back before the end of the year.

“Keep in mind, this is a redistricting year and the federal government census is not in, those numbers are not in and if they don’t come in on time that will cause some problems as we redistrict the state. So, there is probably some good reasons why we should keep the door open or cracked at least until later this fall,” Bedke said.

For Senate Democrats, it’s simply wait and see. They say previous timelines giving to them by the majority party have simply fallen through as of late.

“We’ve been listening to the people and regardless of location in Idaho, regardless of party people are pretty frustrated with the lack of urgency to get our business done and how it's been prolonged at the taxpayers' expense,” Stennett said.

Late Wednesday, the Idaho House officially concurred with a Senate resolution to have lawmakers recess, unpaid, until early next week. With that said, the 2021 is set to become the longest in state history.