After a deployment to help with security operations in D.C. during inauguration week, 300 members of the Idaho National Guard returned home Sunday afternoon. 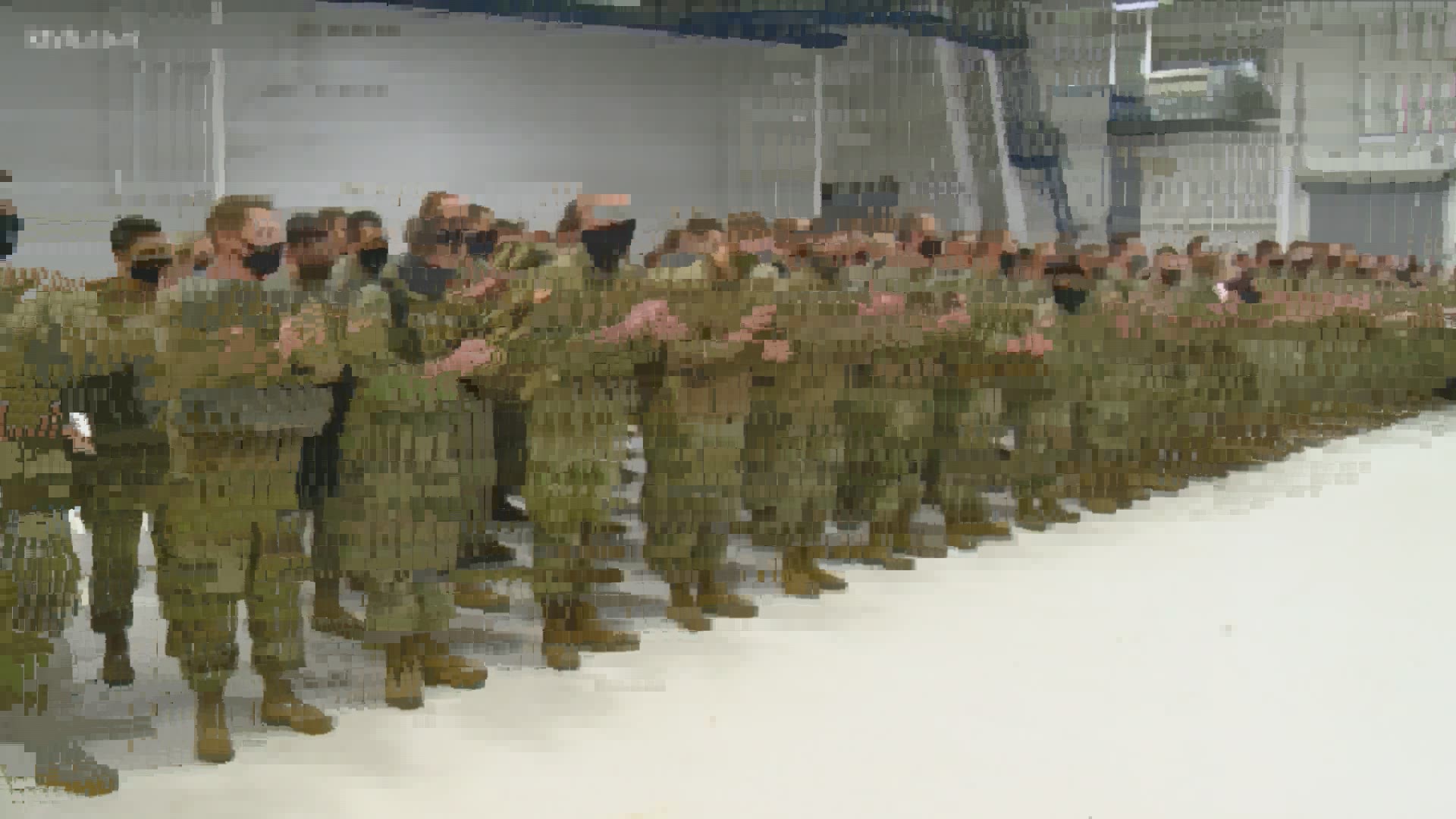 The Idaho Guardsmen were alongside about 25,000 other National Guard members from around the country, all of whom were there to help support security operations during the inauguration.

“Everybody had a phenomenal experience," Idaho National Guard Lt. Col. Steve Arnett said. "It was humbling and educational to be there at our nation’s Capitol, particularly during the inauguration."

After a nine-day deployment, Idaho Gov. Brad Little welcomed the group home during a brief ceremony at Gowen Field.

“From all the people Idaho to you and your families, my sincere thanks for your service to the state of Idaho. So, thank you very much,” Little said.

In total, 300 of Idaho's guardsmen were sent to Washington, D.C. Rather than staying only for Inauguration Day, the group spent the week there.

The Idaho Guardsmen arrived in D.C. about a week after a riot and insurrection at the Capitol.  The city was on edge leading into the inauguration of President Biden due to fear of more violent protests.

“We were assigned to task force Capitol grounds, so we provided security at the Capitol,” Arnett said. “Our first few rotations were perimeter security for the Capitol and then our last rotation was a quick reaction force for any disturbance that might have occurred. We were there to support the perimeter defense.

Although Washington, D.C. was secured with thousands of security agents, the week of the inauguration saw very little protest activity.

"That was the biggest thing that I was apprehensive about, was having to deal with violent protestors who were U.S. citizens and putting our soldiers in that position," Arnett said. "I think the Guard as a whole there was a visible deterrent to anyone who was thinking of that."

Airman First Class Jayden Sanchez described the experience as a positive one.

“The whole experience was great,” Sanchez said. “I think it is important to stay flexible, to stay patient. We went into it not really knowing what to expect, but overall I had a great time. I would volunteer to do it again.”

While in D.C., members of the Idaho contingent developed a great relationship with the Sergeant at Arms for the U.S. Senate and were able to arrange behind the scenes tours of the Capitol. The opportunity also provided a backdrop to recognize Idaho Guardsmen.

“We were able to re-enlist six Idahoans and promote an airman yesterday in the rotunda, which was pretty fantastic,” Arnett said.

As of Sunday, the Idaho Guard is back home after a peaceful mission and an up-close perspective of American democracy in action.

“It was a very meaningful experience for them and it probably gave them a deeper appreciation for our democracy,” Arnett said.