Advocates from Legalize Idaho and Idaho Moms for Marijuana gathered at the State Capitol to call for the legalization of marijuana. 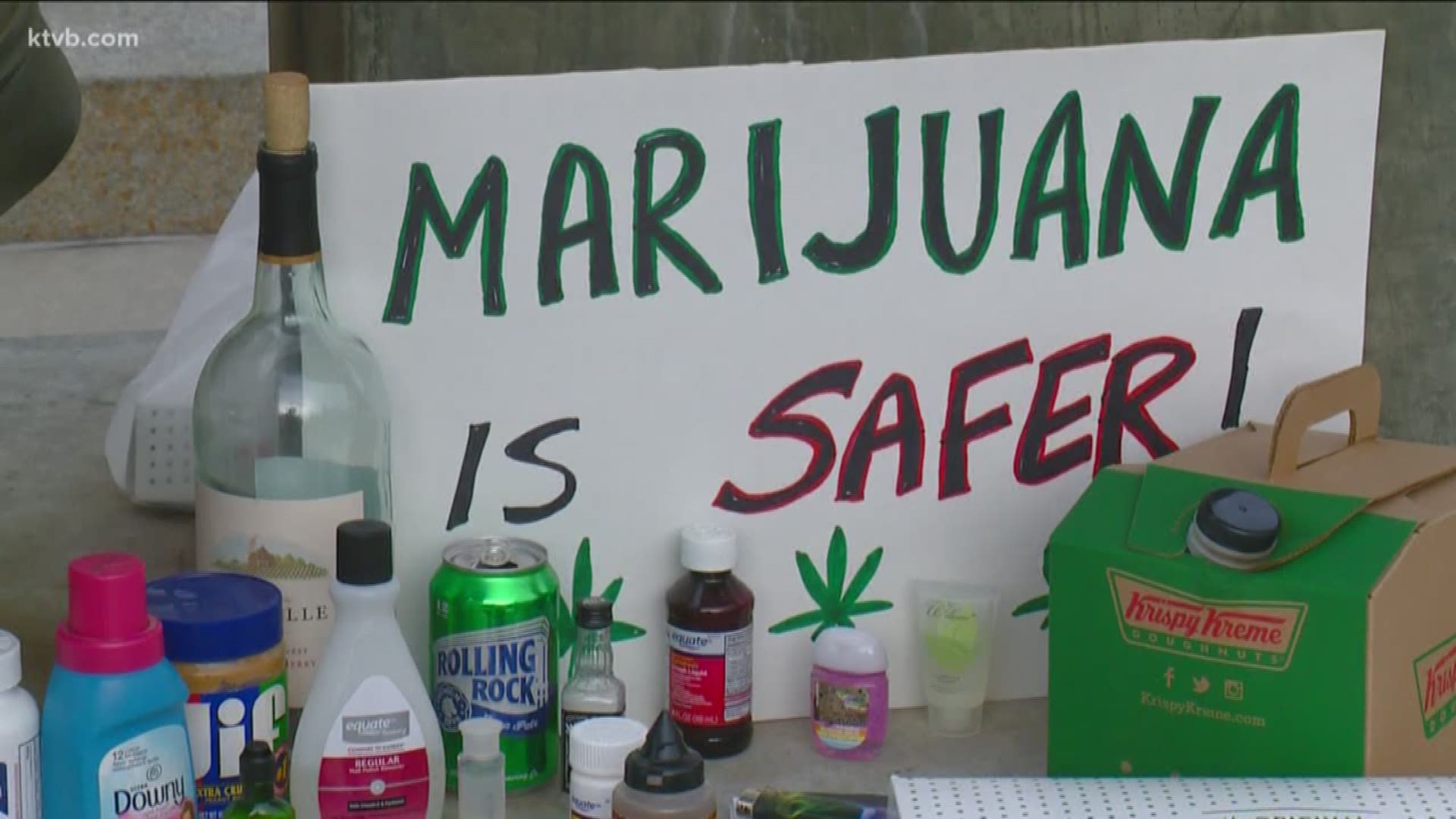 As the page turns to 2019, Monday marks just one week until the start of the 2019 legislative session.

Already on New Year’s Day, Idahoans have staged the first political rally of the year.

Every New Year’s Day, cannabis advocacy groups Legalize Idaho and Idaho Moms for Marijuana kick off the year with a protest focused on legalizing marijuana.

Serra Frank drove from Oregon to be a part of the protest. She says she lives in exile dealing with a medical condition because her home state of Idaho hasn't legalized marijuana.

"I drove an hour and a half to be here to protest because I want to come home," Frank said.

To send their message, Frank and other legalization advocates gathered items that are legal in Idaho that they say are more dangerous than marijuana -- Items like alcohol, tobacco, and donuts.

"Marijuana is safer than everything you see here," Frank said. "These are all legal in Idaho, but marijuana is not."

Protesters also officially announced that they will be seeking a new marijuana legalization ballot initiative aimed for 2020.

"In February we will be having a lobby day for legalize Idaho, we have a lot in the works for the next two years as the petition comes out to really make our voices heard," Frank said.

Idaho is bordered by six states and Canada. Of those places, most have some form of legal marijuana. With that in mind, Frank says they feel momentum in in their favor.

"The rest of the country is passing us by and we are completely surrounded on our little island of prohibition," Frank said.

Of course, though, there are two very different sides of this issue

This past fall, Keep Idaho, a branch of Drug Free Idaho, launched a new education campaign about the dangers of legalizing marijuana.

VERIFY: Who is behind the 'Keep Idaho' marijuana facts campaign?

"Were an island of sanity in a sea of insanity,” Stevenson said. "We have a narrative right now of, there is zero bad things that happen when you have more marijuana, and we just don't think that's the case. So, this is just what we do as a prevention organization."

"The goal is to show people the other side of the fence," Stevenson said. "What the narrative is, is that it brings in all kinds of taxes and there is absolutely no problems with it and that is just not the case. We want to educate our fellow Idahoans about what else comes with that."

Legalization supporters say despite they hope to have a conversation about the facts in 2019 but are confident that the people of Idaho will support them towards legalization.

"The people of Idaho want it, the politicians might not, we don't care what they say," Frank said. "We are the people, this is our Capitol building, we are going to make this happen."