'Unnecessary and callous': Man warns pet owners after his dog got caught in trap during hike in Ada County

Brad Dubach's dog has been caught in two animal traps in five years. 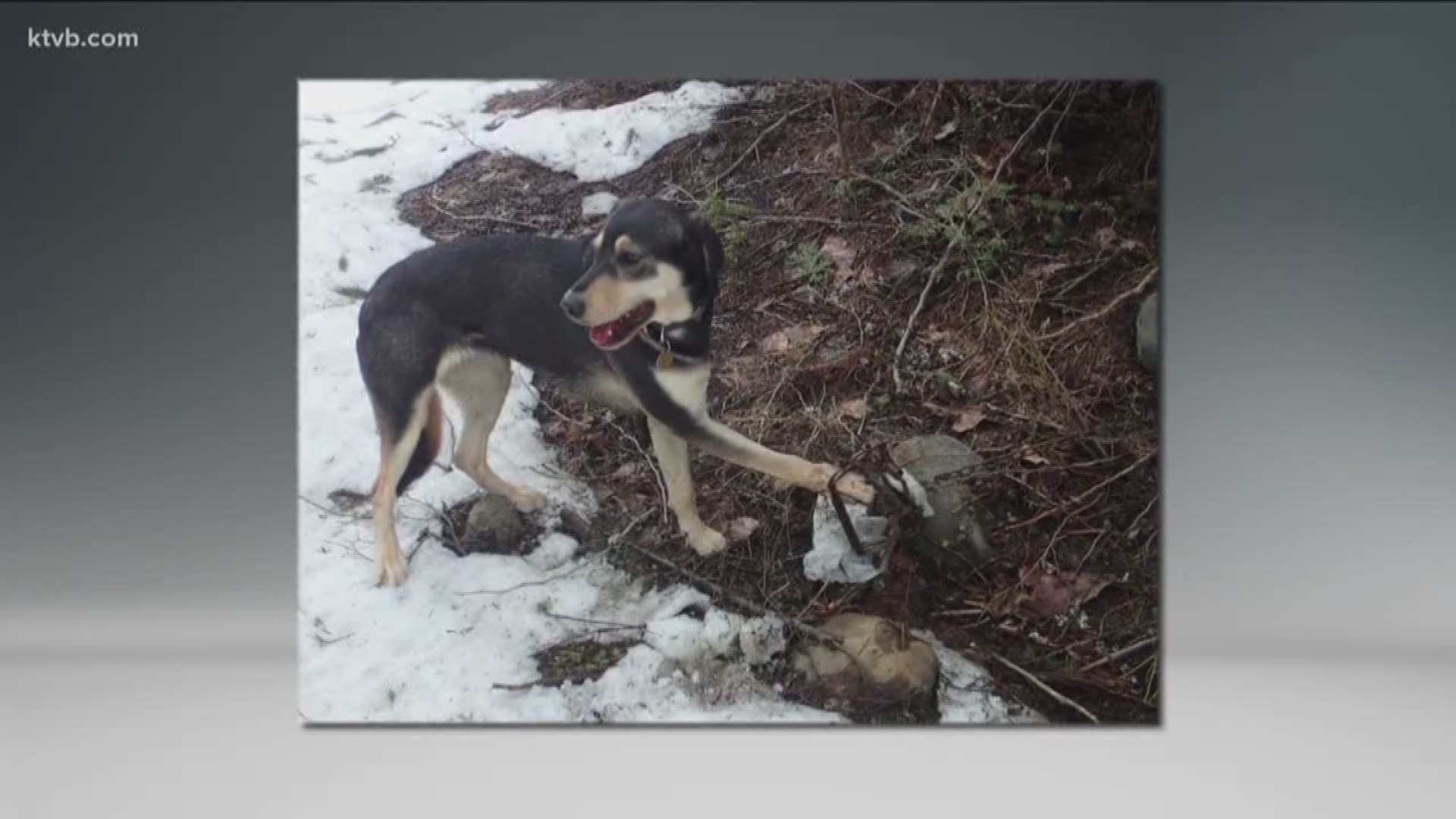 BOISE, Idaho — As the weather gets warmer, a lot of pet owners will be hitting the trails with their dogs.

But beware, there are a lot of animal traps out there.

Brad Dubach has been walking his dogs on different trails around Boise for 25 years. On Monday, that walk became a little more dangerous.  During a hike near Blacks Creek Reservoir, his dog, Rose, got caught in a trap that was intended for a different type of animal, likely coyotes.

“She didn't fight it,” Dubach said. “She laid down and started crying and I think if she fought it she would've broke her leg.”

He felt awful, calling the incident “unnecessary and callous.”

In Idaho, animal trapping isn’t anything new, but as temperatures warm up pet owners should be aware of where they could run across those animal traps.

“The old rule was five feet from the center of a maintained trail,” said Charlie Justice, a regional conservation officer for Idaho Fish and Game.

Now, trappers are urged to place their traps at least 10 feet from the edge of a trail or road. Idaho Fish and Game has several resources on its website, including videos with how to remove your pet from a trap and what to look for.

“If they're trapping with snares you may or may not be able to get the snare off, regular wire cutters may not work, you have to have something stronger,” Justice said.

Pet owners should also be on the lookout for or anything out of the ordinary while out on hikes.

“A lot of times, trappers will use scent lure, which dogs are going to be attracted to also,“ Justice said. “If your dog gets real excited, pay attention to what he's getting excited over.”

Trappers can put up caution signs letting folks know traps are nearby, but they're not required to, and not everyone does.

“Most trappers are not going to mark their traps so they don't get stolen or messed with by folks,” Justice said.

“This isn't the wild west,” Dubach said. “It's time that someone takes some responsibility and is reasonable about what they do with these traps."

This was the second time Rose has been caught in an animal trap in five years. She was left limping for half a day, but is now back to normal.

Idaho Fish and Game will host a rattlesnake avoidance and trap awareness event on June 9.

MORE: Rattlesnake avoidance training could help save your dog's life

WATCH BELOW: How to release your dog from a trap

WATCH BELOW: How to recognize and avoid wildlife traps while walking your dog