In 1885, one man's donkey named Bill stumbled upon what would become Bunker Hill Mine, leading to the town of Kellogg

The city's welcome sign still reads, "This is the town founded by a jackass and inhabited by his descendants." 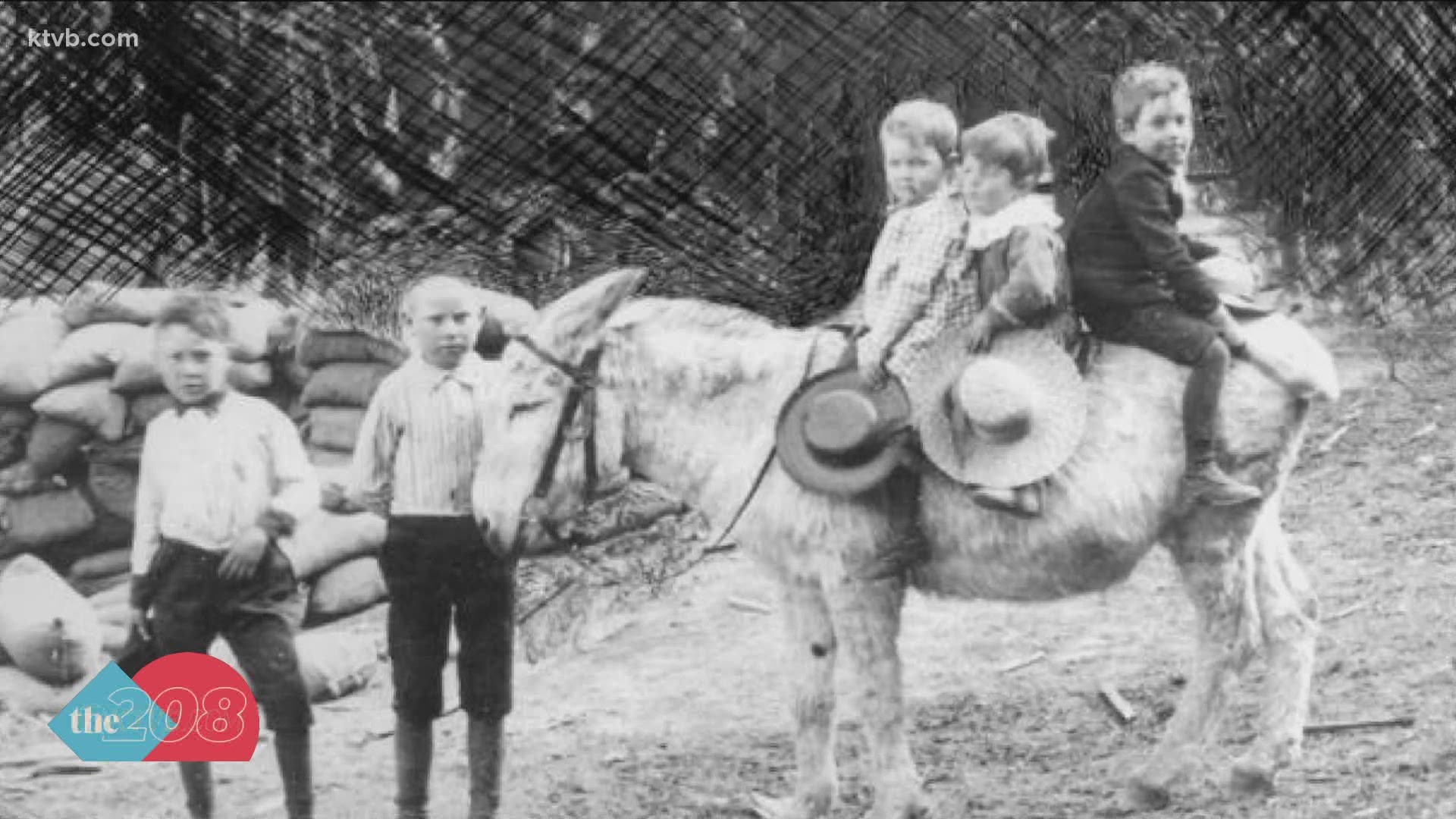 BOISE, Idaho — The City of Kellogg, just 30 minutes away from Coeur d'Alene, isn't the first or last town in Idaho to be named after someone. However, the small town at the foot of Silver Mountain wouldn't have been found if it wasn't for a hungry jackass named Bill.

In 1885, Noah Kellogg traveled to the area as a prospector, with nothing more than some flour, beans, bacon and Bill, his donkey.

The story goes that Bill wandered away from camp during the night in early September 1885. Kellogg searched the central Idaho wilderness for two weeks for his beast of burden.

Two miles south of camp, in an area called Wardner, Kellogg found Bill grazing on some premium mountain grass near a galena, or lead ore, deposit.

Turns out, Bill the jackass was munching on top of what would become the world-famous Bunker Hill Mine.

This lead to the City of Kellogg incorporating in 1907.

For nearly 100 years, Bunker Hill Mine produced more than 28 million tons of lead, silver, and zinc. The mine was forced to close down in 1981, leaving thousands out of work and a slew of lead contamination.

Yet, Bill's legacy has lived on over the years.

The Silverhorn lasted until 1990 when it changed names again and is now known as the Silver Mountain Resort.

The City of Kellogg still holds true to its burro beginnings, or jackass genesis if you will. The city's welcome sign still reads, "This is the town founded by a jackass and inhabited by his descendants."