Health officials say one person was diagnosed with West Nile fever and the other was identified through blood-donor screening. 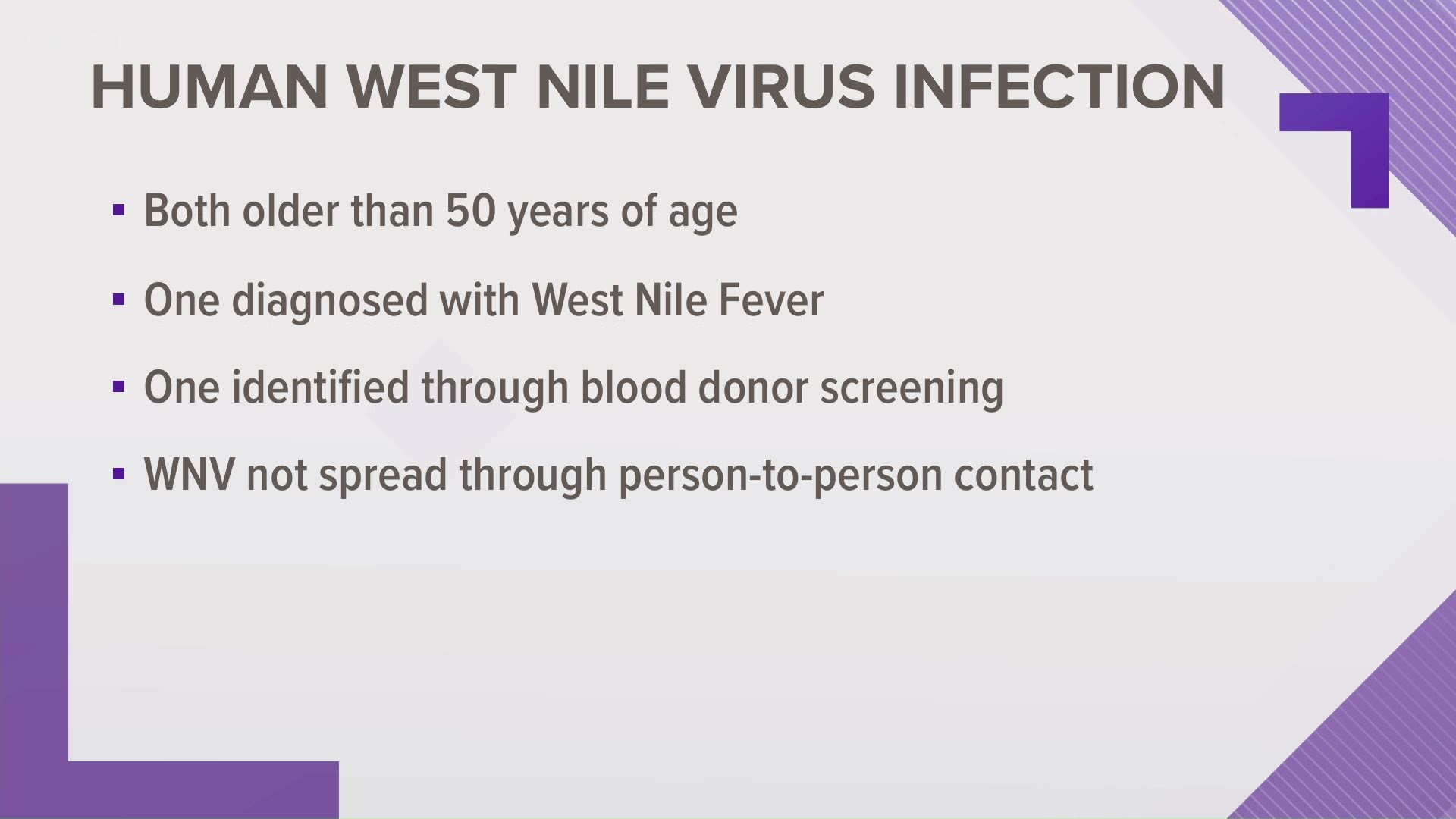 BOISE, Idaho — Two people in Owyhee County have this year's first human cases of the West Nile virus in Idaho.

Health officials say one person was diagnosed with West Nile fever and the other was identified through blood-donor screening.

The Idaho Department of Health and Welfare says both residents are over the age of 50.

So far this year, West Nile virus activity has been detected in six southwest Idaho counties.

"The detection of West Nile virus-positive mosquitoes has increased significantly during the last few weeks and we strongly encourage Idahoans to fight the bite of mosquitoes to protect themselves and their families," said Dr. Leslie Tengelsen, state public health veterinarian. "Confirmation of human infection makes it increasingly important for all of us to take protective measures. This includes wearing insect repellent and protective clothing in addition to reducing standing water around our gardens and homes where mosquitoes can lay their eggs."