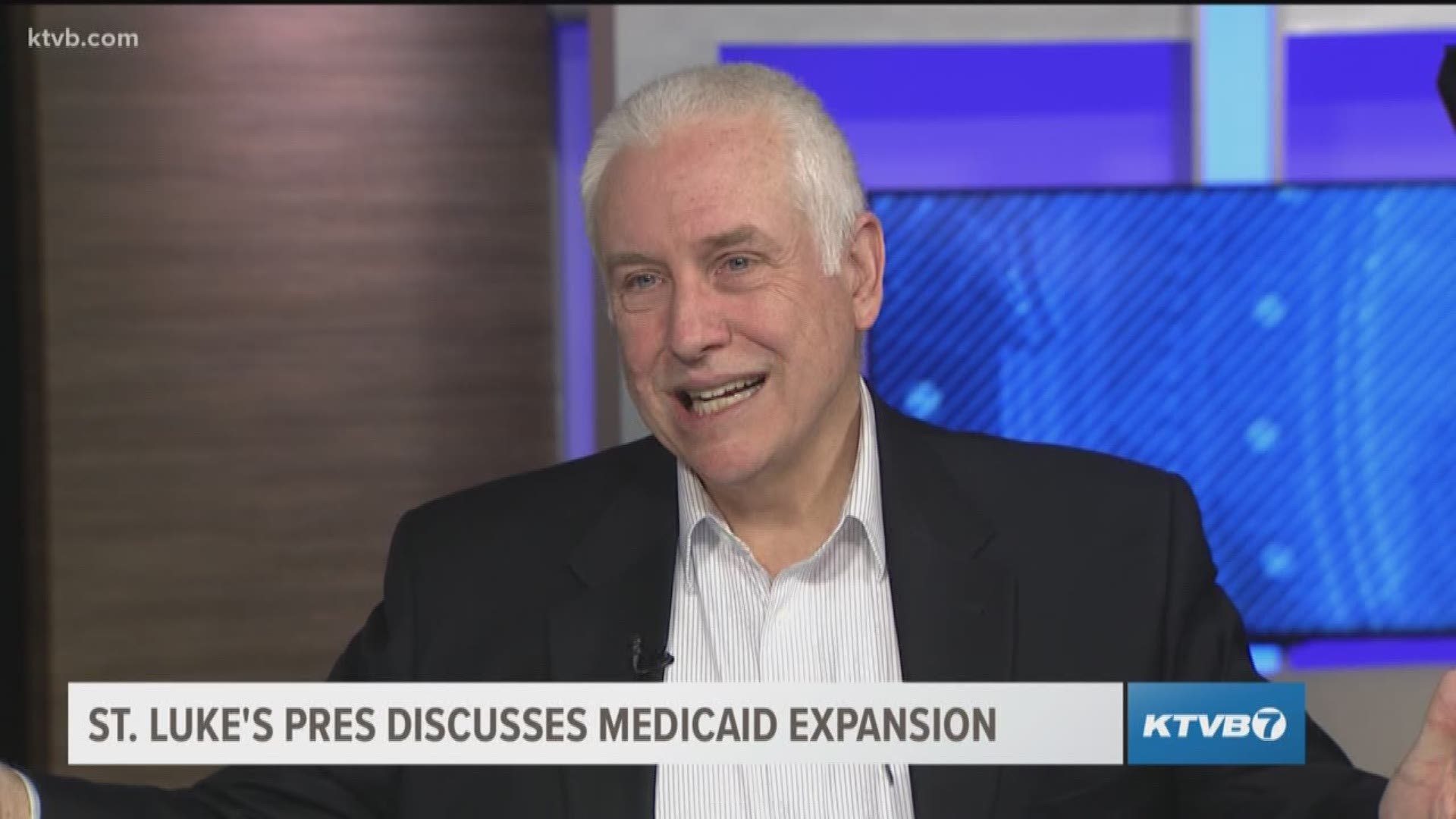 BOISE, Idaho — St. Luke's Health System is preparing to treat as many as 50,000 new patients under Medicaid expansion.

St. Luke's estimates it will get a majority of those because, unlike many private practices, it accepts all insurance providers.

President and CEO Dr. David Pate says St. Luke's has been preparing for the influx for a long time.

"One of the big things we did is to work with our physicians across the system to come up with a new scheduling template where we all agree instead of every doctor having their own schedule, we created a new system,” Dr. Pate said. “With that we opened up about 50,000 appointments a year.
The biggest growth we'll see will be adults, and that these will be people that have chronic medical problems that are not being cared for; high blood pressure, high cholesterol, diabetes, heart issues."

St. Luke's has also been hosting Medicaid expansion enrollment fairs to help people who qualify. The last three will be December 7, 11 and 14.

Dr. Pate also recently announced he will retire at the end of January.

This Sunday morning at 6:30 on Viewpoint, he'll discuss that decision, how St. Luke's has grown and evolved under his leadership, and more on how St. Luke's is getting ready for Medicaid expansion.