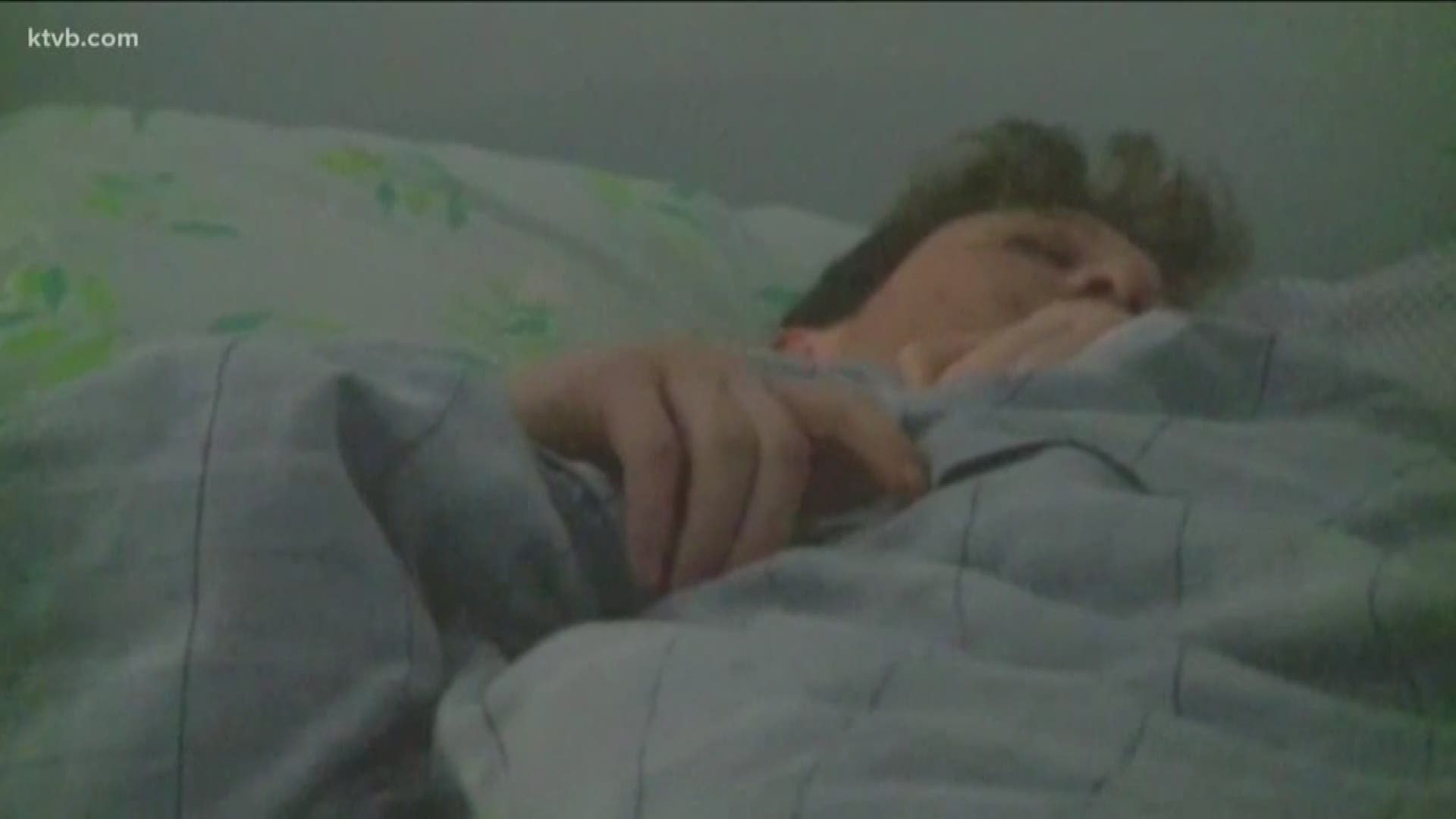 MERIDIAN — We all know too well: teenagers don't sleep enough. None of us really do. More and more studies are supporting that, and researchers are warning teens who get too little sleep are more prone to risky behavior.

Data was taken and analyzed from the U.S. Centers for Disease Control and Prevention Youth Risk Behavior Survey; about 68,000 high schoolers were involved between 2007 and 2015. Teens need eight to ten hours of sleep a night, but researchers found 7 in 10 high schoolers were getting less than that.

Getting up early and going to bed early is rough when you’re a teenager. It’s because of biological reasons and because there's so much going on in their world. Nowadays, cell phones, iPads, TVs and other devices make it even harder.

“One of the sleep doctor's enemies is the cell phone and electronic media,” St. Luke’s Director of Pediatric Sleep services and pulmonary doctor, Dr. Oleg Kouskov, said. “The fact of engaging into something is alerting for our brain.”

“There are lots of explanations for that: the simple explanation is the brain is like a biological machine,” Kouskov said. “It has limitations. And if it’s not developing correctly or if it’s not taken care of correctly it will start malfunctioning.”

Studies show sleep impacts development of the frontal part of teens' and children's brains. “There is less gray matter in the frontal lobes of teens who are sleep deprived and sleep less than seven hours per night,” Kouskov said. “The last part of the brain to mature is the pre-frontal cortex, which takes care of complex decision-making, of executive function, of dealing with emotions, of assessing risks and consequences.”

They found the strongest associations in mood and self-harm: teens who slept less than six hours a night were three times more likely to report considering or attempting suicide.

“It just makes our brain more vulnerable,” Kouskov added. “If we affect development with not getting teens enough sleep that might affect the way they process the emotions.”

“I think that's actually something that probably needs to be told to parents more often. I think they would be more vigilant with their students’ and kids’ sleep habits,” high school teacher and mom Kara Smith said. “But they're just bombarded all the time by all these different things and there's no control over that.”

She says early mornings are hard for her students because they stay up so late.

“They need a lot of sleep, too. Teenagers, in particular, need more sleep than other age groups but they're getting the least amount of sleep,” Smith told KTVB.

She instilled good sleeping habits for her girls when they were little. When talking about her daughter in high school, she says she is very self-aware and knows she needs sleep so she goes to bed without mom and dad harping on her.

“We were very strict on bed times,” Smith said. “She knows she's going to be grumpy and not wanting to get up at 6 o’clock in the morning for school, so she kind of almost puts herself to bed.

Smith and Dr. Kouskov agree: parents may not set the best example.

“The main fault lies on us on adults rather than on those kids,” he said. “If we’re giving the example that we respect sleep and go to bed on time wake up at a certain time - whether it’s the weekend or weekday - it will be very hard for kids to develop healthy habits.”

“We’re staying up till 10 o’clock or 11 o’clock at night and [teens] think they should be staying up until 10 or 11 at night not realizing they're not adults that don't need as much sleep as they do. So I think parents don't necessarily always model the best sleeping habits themselves, so they just kind of pick up on that,” Smith added.