The rising bacteria levels came as the ponds saw a spike in visitors amid triple-digit temperatures in Boise. 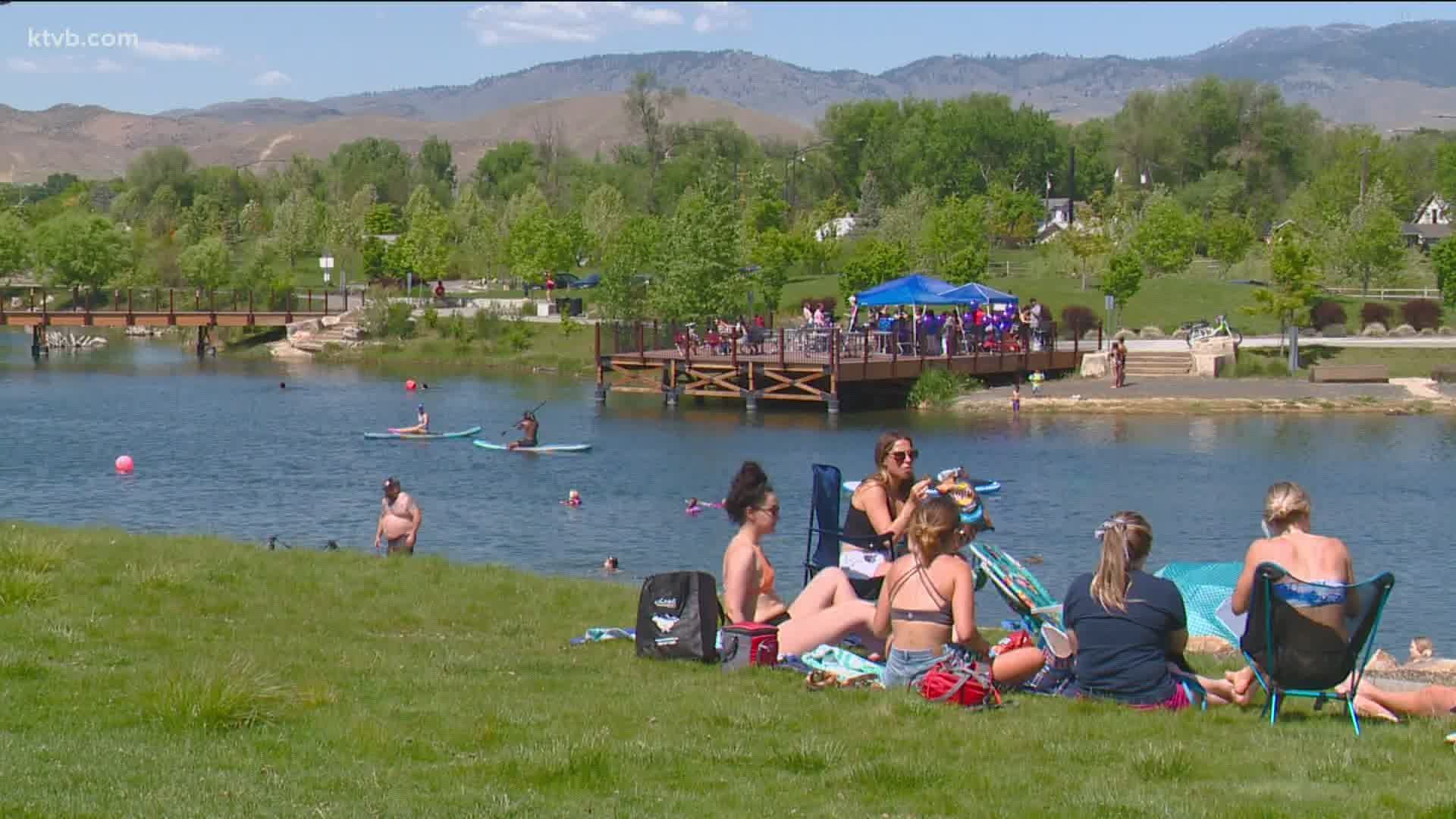 BOISE, Idaho — The City of Boise is warning visitors to Esther Simplot Park to swim at their own risk after elevated levels of E. coli bacteria were found in two popular ponds at that location.

The rising bacteria levels at Quinn's Pond and  Esther Simplot Park Pond 1 - the area where the children's beach is located - came as the ponds saw a spike in visitors amid triple-digit temperatures in Boise.

The E. coli levels in the water exceed state standards for recreational swim beaches, according to city officials. Warning signs have been posted at both beaches, and the city is asking people to find other places to swim until testing shows that the bacteria levels are coming down. Water quality tests are performed weekly at Esther Simplot Park, Veterans Pond and Quinn's Pond from April through September.

"Our team is doing everything we can to increase the flow of water through the ponds, improve water circulation and address bacteria," said Boise Parks and Recreation Director Doug Holloway. "We encourage people to visit the new Bernardine Quinn Riverside Park on the southeast side of Quinn's Pond where test results show bacteria levels remain low. Veterans Pond and Esther Simplot Park Pond 2 are also open for swimming, paddling, and fishing."

Boise Parks and Recreation and Central District Health have not received any reports of anyone sickened from swimming in the affected ponds.

This summer is not the first time high bacteria levels have been a problem at the popular swimming sites. In recent years, Boise has installed water aerators to help circulate the pond water and has begun a pilot program to flush river water into the ponds.

The city is working to get additional water rights to intake more freshwater from the Boise River, but work on that project will likely not be finished until after the irrigation season. The full results of the freshwater project will not be apparent until 2022, officials say.

Anyone who chooses to swim or wade in the ponds is reminded to wash their hands and shower after being in the water and avoid swallowing the water. Dogs are not allowed in the ponds, and visitors are asked not to feed ducks or geese in those locations. In addition, Boise officials say, alcohol is not allowed and lifeguards are not on duty.