According to the Idaho Department of Environmental Quality, seven local reservoirs have tested positive for some form of cyanobacteria toxin this summer. 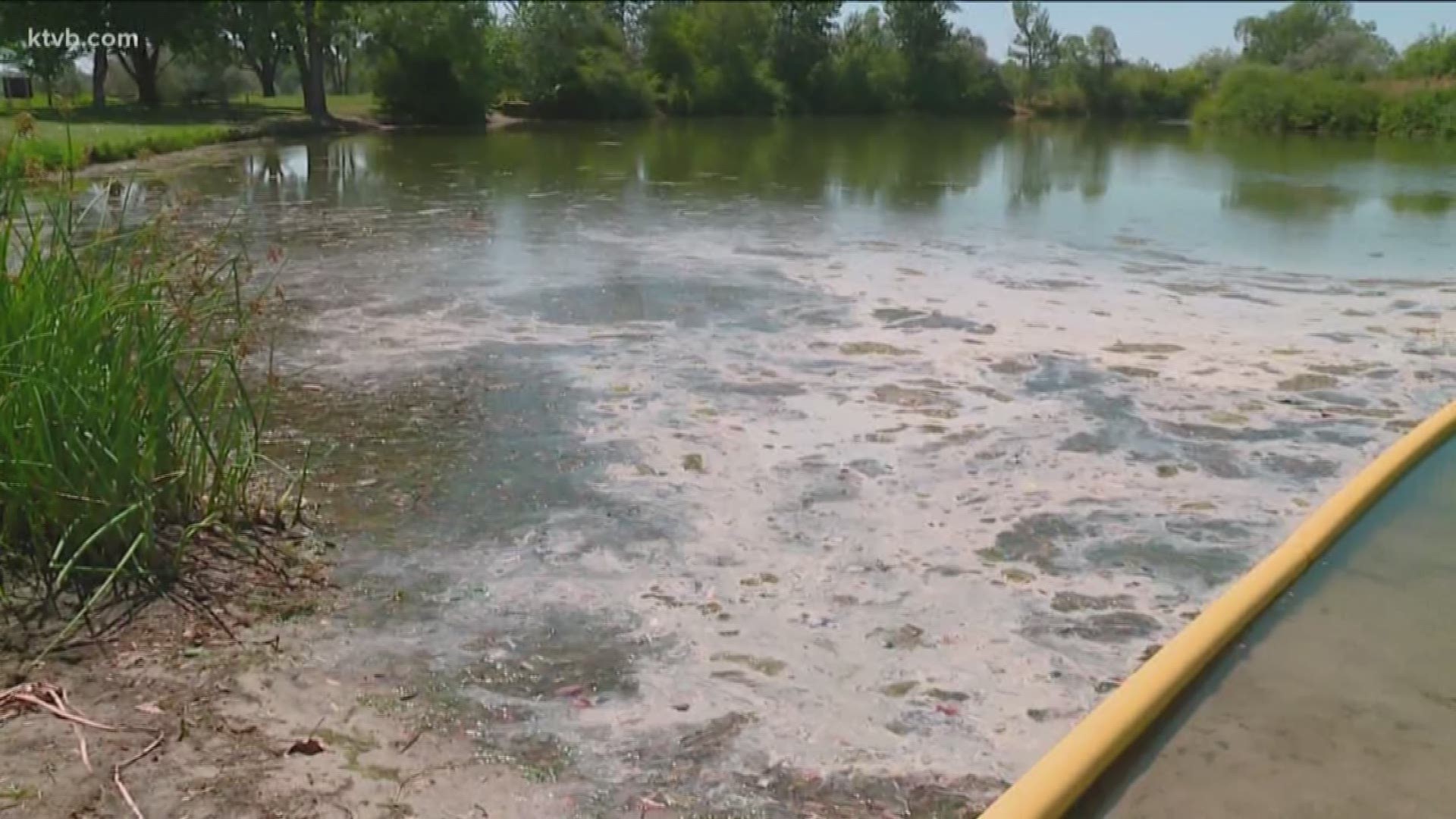 ADA COUNTY, Idaho — Recently, several dogs around the nation have died after being exposed to toxic algae in ponds or other waterways.

On Monday, three dogs in North Carolina died the same day because of the toxins.

Toxic algae is a form of cyanobacteria, which seven reservoirs in and around Southwest and Central Idaho have tested positive for.

According to the Department of Environmental Quality, there are 10 active harmful algal bloom advisories in effect across Idaho. That means, those reservoirs have tested positive for some form of algae toxin.

Brian Reese, water quality standards analyst with the DEQ, said cyanobacteria is a blue-green algae that produces chemical compounds that release toxins. Not all forms of cyanobacteria are toxic, but some can be very harmful.

“The most common one we test for is called microsystis and it works by affecting the liver and it causes liver damage," he said. "The other one is called anatoxin. We test for that as well and anatoxin is a neurotoxin and it affects the central nervous system.”

“Dogs in particular are susceptible," Reese said. "If they’re chasing a stick, they’ve got their mouth open, if they’re retrieving a ball, they’re getting a lot of water in their mouths. And when they get out, they lick their fur.”

If dogs are exposed to enough of it, the toxins can be fatal.

“The reports on it are that animals can often become sick within a few hours of exposure and it has a relatively high fatality rate – upwards of 50% of the dogs that ingest a large enough amount of the algae/cyanobacteria can pass from that,” said Dr. Daniel Hume, medical director and veterinarian at WestVet in Boise.

It doesn't take a very high amount of the cyanobacteria toxin for people or dogs to feel its affects.

“They don’t have to be very high," Reese said. "They’re measured in the parts per billion. They are very potent chemical compounds and we’re very susceptible to them.”

Though toxic algae is not uncommon in Idaho, neither the DEQ nor WestVet have had any local cases or deaths from it so far this year.

“I think it’s a relatively rare thing that we see,” Humes said.

Some possible symptoms of exposure to cyanobacteria toxins, for both humans and dogs, are nausea, vomiting, diarrhea, trouble breathing, skin irritations and lethargy.

If you believe you were in a waterway that may have been exposed and are exhibiting symptoms, medical experts say to rinse off immediately and seek medical attention. In the case of a pet, let a local veterinarian check them out.

Any suspicious waterways, or something that looks potentially harmful in the water, can be reported to the DEQ for possible testing. You can do that by email at algae@deq@idaho.gov or by calling your regional office.