Program helping patients in dire need at risk of cutbacks

As patients struggle with the high price of diabetes, a program St. Luke's implemented called 340B Assist provided some relief. But as of Jan. 1, federal money for that program is expected to be slashed. 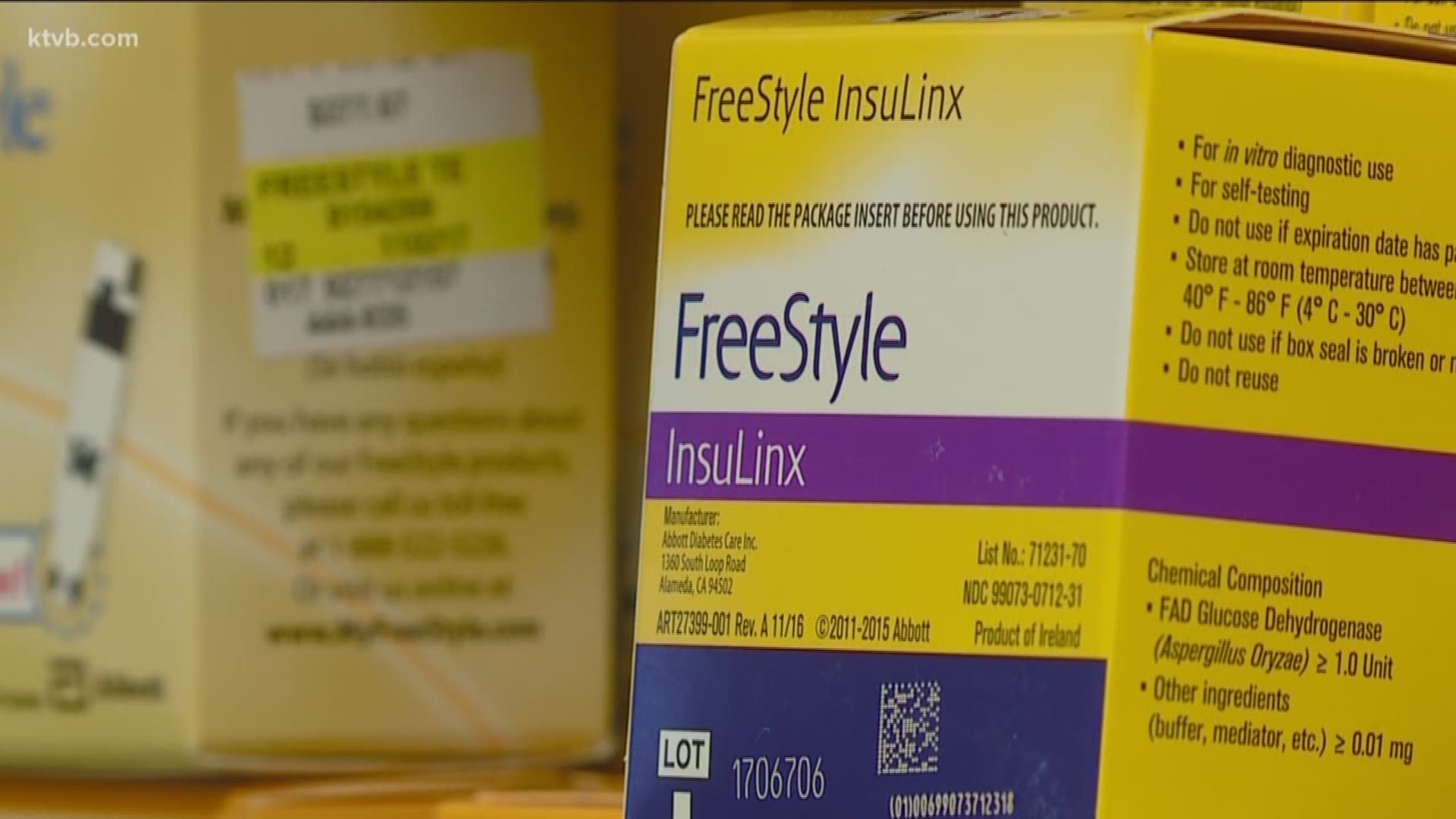 MERIDIAN -- We all know health care costs are steep and continue to rise - at unaffordable rates for many.

People with diabetes, in particular, are confronted with that reality regularly as they have to pay for life-saving insulin. St. Luke's Health System gets help from a federal program that makes the drug - and other medications - more affordable for a lot of patients who are in dire need. But that's now put at risk by some cutbacks that are expected to go into effect the first of the year.

When people have multiple chronic illnesses and are on multiple medications, paying for everything they need becomes incredibly expensive. St. Luke's, like many other hospitals, is able to help patients truly in desperate need get their critical prescription medications through a program called 340B Drug Pricing Program.

But on November 1, the Centers for Medicare & Medicaid Services (CMS) issued a ruling that will reduce Medicare Part B drug reimbursement for certain 340B hospitals, effective January 1, 2018, posing a threat to St. Luke's program and their patients' health.

Cavanagh is a patient at St. Luke's Humphreys Diabetes Center. But before going there, she says she really struggled affording all her medications each month and she constantly battled with deciding which medicine was most critical.

"There have been times when I've had to decide which is more important: my heart or asthma medicine this month. Or can I afford groceries if I afford my prescriptions?" Cavanagh said.

"There's a 340B program here which covers my prescriptions. And when I went into the office to apply and she told me I'd probably be approved, I just started crying in her office. It was just wonderful," Cavanagh added.

340B is a government drug discount program that reimburses and helps hospitals like St. Luke's save money, cover prescriptions and provide more services for patients. St. Luke's earmarked funds from 340B savings for medications and launched a pilot 340B Assist Program in 2015, focused on diabetic patients for now.

"We'll use our 340B Assist as an absolute safety net. They qualified for nothing else, there was no other way for them to get insulin. So it's a great program," St. Luke's Clinical Pharmacist Kelly Krawtz told KTVB.

It is helping those in poverty with complicated health problems access prescription meds, like very expensive insulin, at reduced prices. But now, the health care system is facing a roadblock that puts the program in jeopardy.

"Without it it's like taking away the safety net from our patients," St. Luke's Humphreys Diabetes Center licensed clinical social worker and behavioral health specialist, Elizabeth Boyno, said.

As of January 1 their drug reimbursement payments could be reduced, along with other 340B hospitals.

"Within St. Luke's we're projecting somewhere around $5 million that it'll affect decreased payments," St. Luke's System Director of Pharmacy over purchasing and 340B, Scott Milner, said. "It mostly comes back as we have a decreased reimbursement."

St. Luke's says they'd have to eat that cost or cut back on services like the drug assistance program.

"It'll affect our ability to get patients medications at reasonable costs," Krawtz added.

Without it, health officials say more diabetics would stop taking their insulin or stretch the use because they couldn't afford it.

"We would have much more complications within our patients, we'd see a lot more hospitalizations, easily," Boyno added. "If our patients don't get their insulin, not only is it a big risk for complications later in life, it's a risk to their actual life. And if they don't take their insulin they could possibly die."

"I get goosebumps when I just think about [the program]. Because, you know, it's really important to someone who can't afford their medicine to have their medicine covered and a program like this - it means the world to us," Cavanagh added.

Milner tells us St. Luke's is still discussing what it would look like if the program goes away and health system leaders are still mulling over what to do; they could possibly make the qualifications even stricter or give patients less money.

"The ramifications are still yet to be understood and so I think we'll have to see what the dialogue plays out," Milner added.

St. Luke's is taking part in lobbying efforts to save 340B from cuts. Without the program, those we talked to say some patients would stop taking their medication, which could lead to hospitalization, additional expenses and worsening health.

Get a deeper look at 340B and the assistance program on the St. Luke's blog.