The Oregon Health Authority says there have been eight vaping-related illnesses reported in the state. Two of those patients have died. 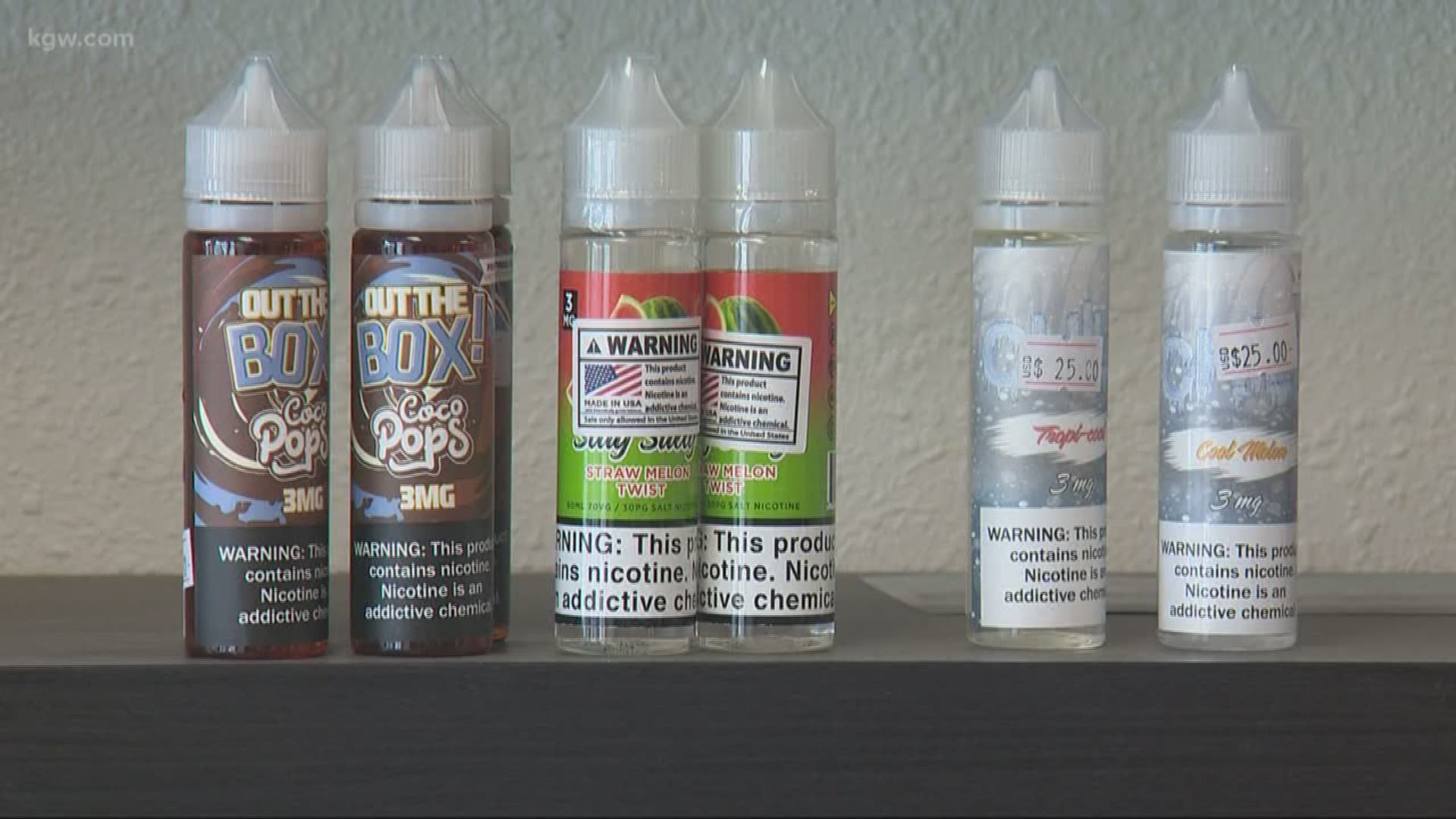 The Oregon Health Authority says there have been eight vaping-related illnesses reported in the state. Two of those patients have died.

“My first priority is to safeguard the health of all Oregonians,” Brown said in a news release. "By keeping potentially unsafe products off of store shelves and out of the hands of Oregon's children and youth, we prevent exposing more people to potentially dangerous chemical compounds, and help lessen the chance of further tragedy for any other Oregon family.”

The order calls for a 180-day ban on all flavored vaping products under the emergency authority of the OHA and the Oregon Liquor Control Commission.

The OLCC says it will meet next week to act on the executive order.

At least five of Oregon’s eight patients had respiratory issues, including shortness of breath, after vaping cannabis products from a licensed retailer, health officials said. The cause of the illnesses has not been identified.

Nationally, there have been more than 1,000 cases, primarily among youths and young adults, in 46 states.

Brown urged all Oregonians to stop using vaping products because of the health risks.

"Until we know more about what is causing this illness, please, do not vape. Encourage your friends and family members to stop vaping immediately. Talk to your children about the dangers of vaping. The risks are far too high," Brown said.

Brown’s order calls for state agencies to develop plans within 90 days regarding:

KGW talked with one local business that says flavored products are a big chunk of their business. Rose City Vapors has been open since January 2014. They said their August sales were slow and September was 50 percent of normal.

"Its a nail in the coffin," said Marcus Nettles at Rose City Vapors. "Flavored products are 80 to 90 percent of my business. So everything you see on the shelves now will be gone. All of that will be gone as soon as they put this 'proposed' ban into place."