Now is the time to test your home for radon gas

Nearly 40 percent of Idaho homes tested for radon have higher than recommended levels, according to the Idaho Department of Health and Welfare. 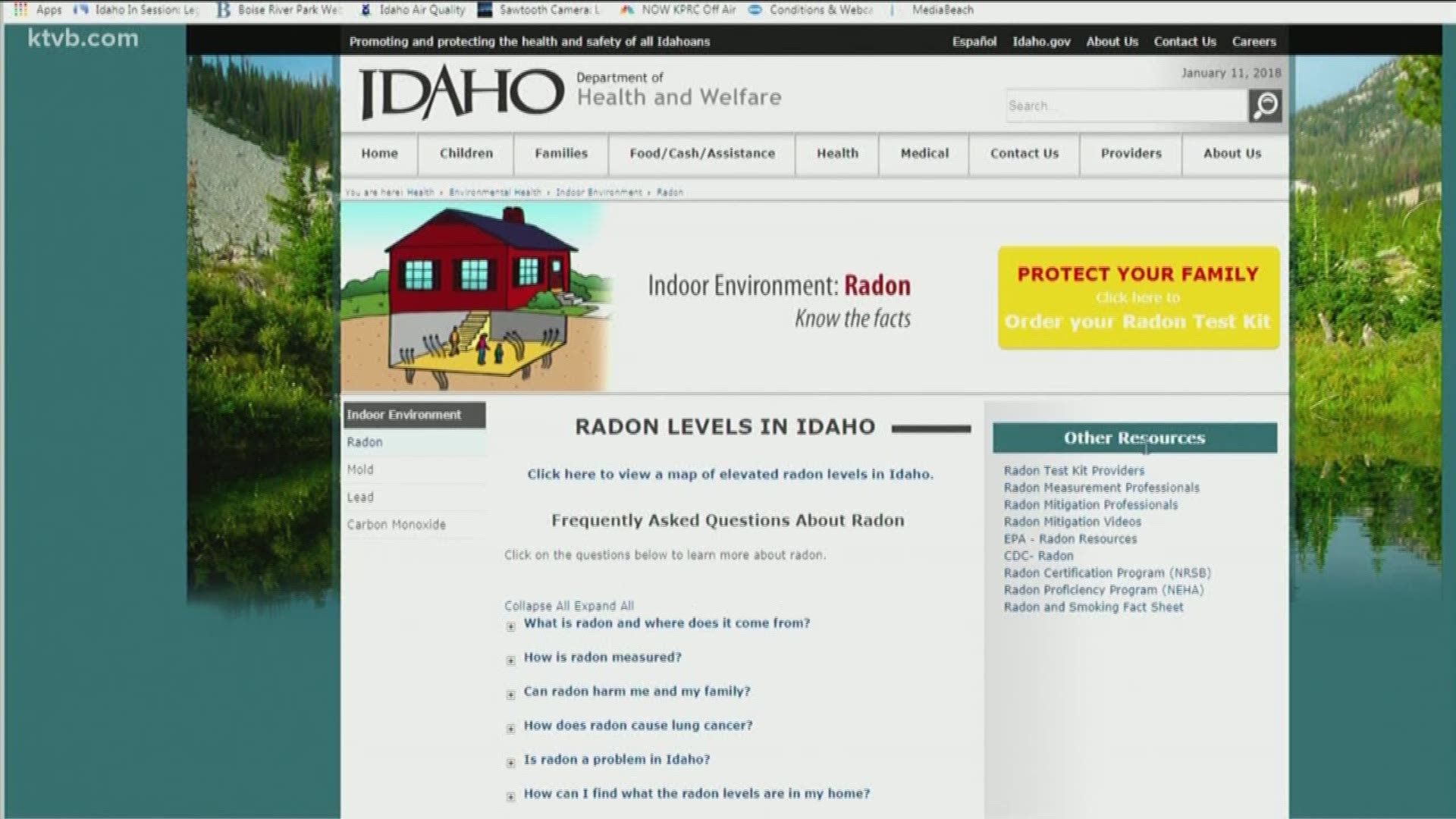 Nearly 40 percent of Idaho homes tested for radon have higher than recommended levels, according to the Idaho Department of Health and Welfare.The naturally occurring radioactive gas is the second leading cause of lung cancer, following smoking.

"Radon is a naturally occurring gas and it's created by the uranium that you would find from the soil, so uranium is normally associated with mountains which is why some states like Colorado would be considered to have more radon," explained Colby Adams, who is the environmental health director for the Idaho Department of Health and Welfare's Division of Public Health. "In Idaho, essentially what has happened over time the radon in the mountains has washed away and eroded and it's settled in different areas of the basin."

Adams says radon is drawn into homes and buildings through gaps and cracks in crawlspaces and foundations. High levels of radon in your home can expose you and your family to radiation, which can damage your lungs and increase your risk of developing lung cancer.

On www.radonidaho.org you can get an idea of your area. There are neighborhoods in the red level which show high levels of the radioactive gas. The data is from radon test results that have been monitored by the state.

Adams says the problem is you don't know if your house has dangerous levels unless you test for the colorless, odorless, gas. Your neighbor could be in the clear but you could be in need of remediation. Remediation will cost you around $1,000.

The good news is test kits are pretty cheap at $10. You can order here and find more information about radon gas. Winter is the best time to test, which is why January is National Radon Action Month.