"I gotta say I was a little bit skeptical," said one patient about the AccendoWave. 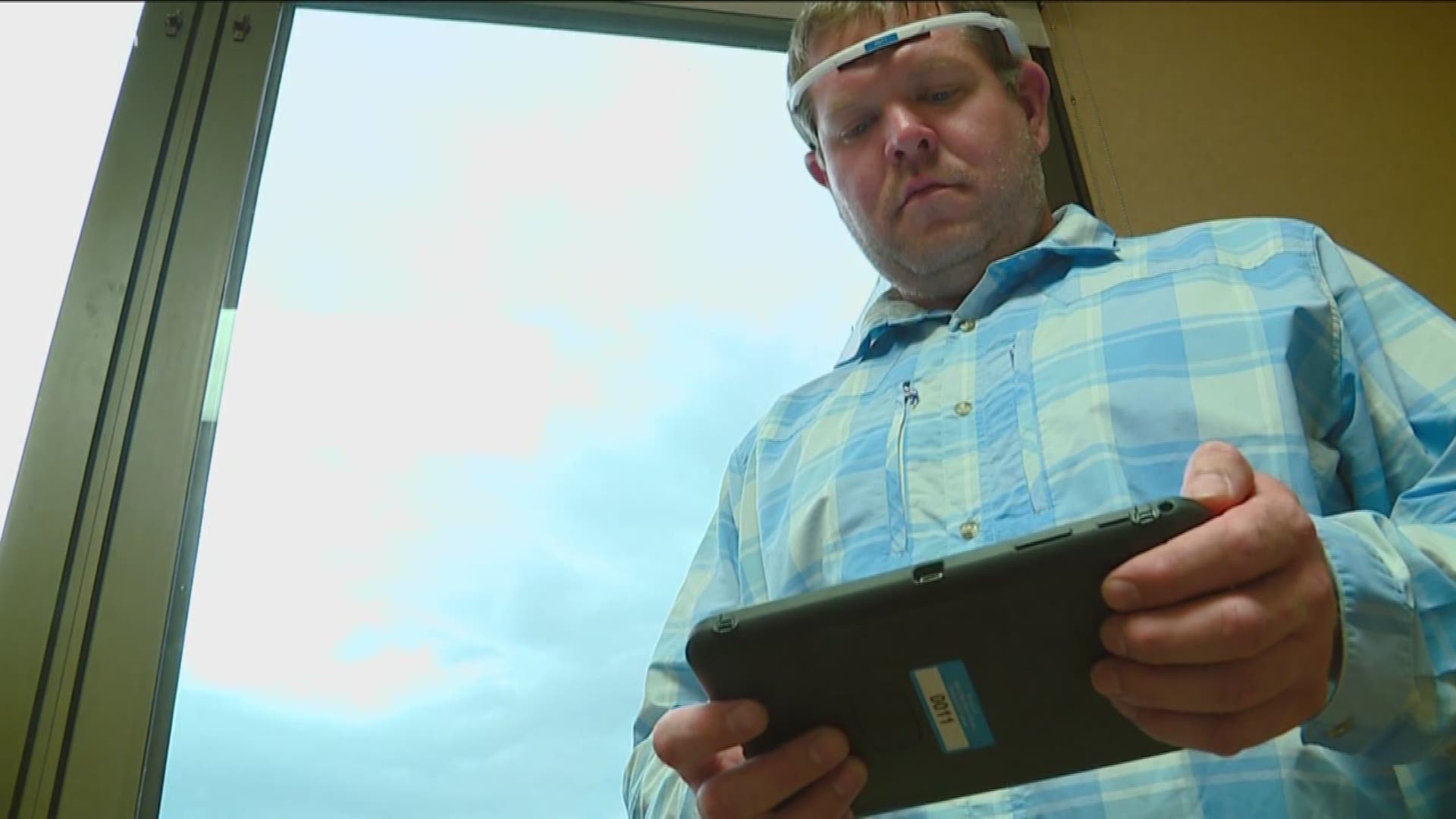 CALDWELL, Idaho — There is a new opioid alternative at West Valley Medical Center in Caldwell. It comes in the form of a tablet you can hold.

The AccendoWave is described as active comfort management technology.

"The technology is comprised of a tablet and a headband that monitors and analyzes the patient's brainwaves and it selects content based on that to help the patient feel a bit more comfortable and relaxed during their stay with us," said Kat Merges, who is an AccendoWave Patient Experience Associate.

The main purpose is to curb the need for narcotics in the hospital.

"The less medication you can use for the patient is a good thing," said Brad Young, who is a patient at West Valley Medical Center.

Young started using the AccendoWave right after his back surgery. He admits that he wasn't so sure it would work.

"I gotta say I was a little bit skeptical," Young said. "Somebody comes walking in with a headband and a tablet, and I'm an adapter of technology, but it was just something that I wasn't expecting."

Young says it did end up helping though. His surgery was invasive so he still needed some medication, but AccendoWave took his mind away from the pain.

"It was a way to distract me from what was going on in my body," Young said.

Angie Davis, Director of Orthopedics and Spin at West Valley Medical Center, says another positive about the new technology is it helps the medical staff and that aids in the patient's care.

"It can pick up if they're nauseated beforehand, and so that's a tool also for the patient as well as the nurse and anesthesiologist in that area," Davis said.

The AccendoWave can be used on most patients and recently rolled out so more and more patients will have the opportunity to experience it.

"I do appreciate the conservative approach and with this tool I think it was an additional way to kinda curve that reliance on the medication," Young said.

"I think this technology is such a revolutionary thing and to be able to be a part of this cutting edge technology has been pretty extraordinary and I'm very thankful for that," Merges said.

In Idaho, the AccendoWave is only available at West Valley Medical Center. It's free for patients and so far the response has been very positive.