The virtual events are hosted by the American Foundation for Suicide Prevention. 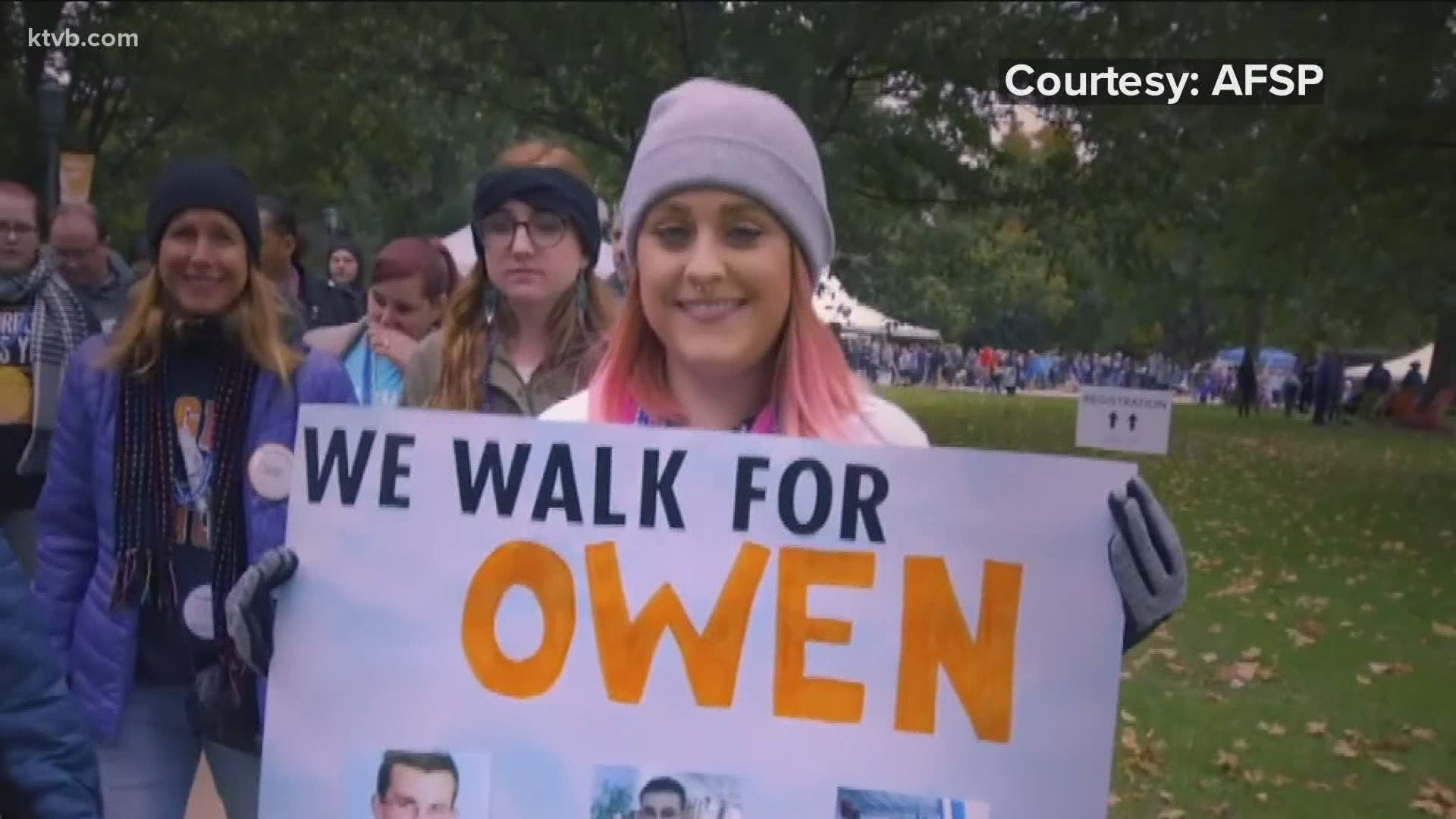 BOISE, Idaho — The American Foundation for Suicide Prevention’s Out of the Darkness Walks are events where people gather to share their stories about struggle or loss and to change a community’s approach to mental health.

This year, Boise’s Out of the Darkness events will be all virtual on Saturday, Oct. 10 at 10 a.m.

“It’s basically going to be the closest recreation of what we would get in an in-person walk and that is to say that we will share stories of hope and healing, we will share the stories of the people we lost to suicide, and we’ll also come together really to show that if you have been impacted by suicide, you’re not alone in that,” said Ryan Price, area director for the American Foundation for Suicide Prevention. “They can upload a picture of the loved ones that they’ve lost to suicide and we will post them on what we call the memorial wall and then we’ll include it in the ceremony as well.”

RELATED: Hello Idaho: How to identify and talk about depression in teens

In addition to sharing stories, the event encourages participants to do an uplifting activity such as a walk, bike ride, sewing, or painting.

Suicide is often a tough topic to talk about, but the goal of the American Foundation for Suicide Prevention’s Out of Darkness events is to make suicide a common topic.

“There’s sort of a false dilemma because there’s really nobody who isn’t impacted by suicide. In any given time there are people that you know, that I know that have lost of loved one to suicide that are currently struggling or have struggled, or they themselves have struggled or lost someone,” Price said. “We want to make suicide or mental health as common a topic to talk about as you would wearing a helmet when you ride your bike or wearing a seatbelt when you drive your car because it does impact people.”

RELATED: FCC votes to set up a 3-digit suicide hotline number like 911

Price added Idaho holds the fifth-highest suicide rate in the U.S., and is the second leading cause of death for Idahoans under the age of 34.

Idaho’s Out of the Darkness Experience will help fund support training programs focused on suicide prevention and education.

The virtual event is free to the public. Click here to participate.