"Hope and help are available and that recovery is possible. It all starts with a conversation," said Linda Peterson, a mother that lost her son to suicide. 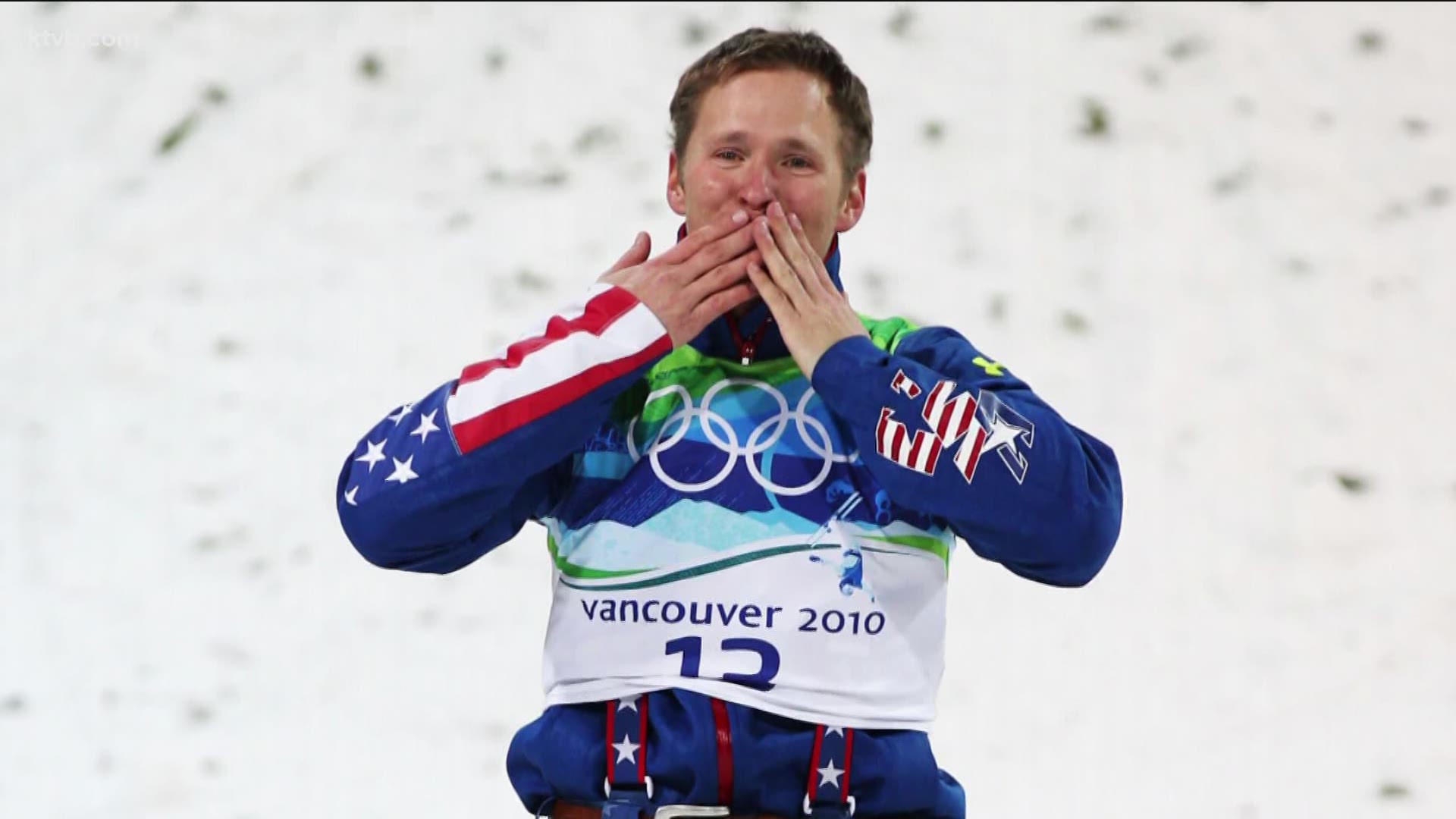 BOISE, Idaho — This week, KTVB's Hello Idaho turns the focus on suicide and how the important conversations surrounding it could end up saving a life by looking at a life that ended too soon.

Jeret "Speedy" Peterson, an ariel skier, found extreme success in winter 2010. So much that former Boise mayor Dave Bieter awarded him the key to the city.

In 2010, Peterson was at the top of the winter athletics world, earning himself a silver medal at the Vancouver Winter Olympics. At the event, Peterson landed the biggest trick in ariel skiing history, prompting a hero's welcome when he returned home to Boise.

His smile, his charisma and his ability to light up a room caught everyone's attention. However, that happiness he displayed on the surface was used as a mask for his battle with depression.

On July 25, 2011, just 18 months after Peterson returned from Vancouver with a silver medal and the hearts of millions from the ariel skiing world, Peterson lost his battle with depression at the top of Lamb's Canyon in Utah.

"I'm not angry at him for what he did," Peterson's mother, Linda, said. "The pain becomes insurmountable. And the pain that he was having, I know because I saw it, your spirit is crushed. It truly was unbearable with him."

Peterson's mother is featured in an HBO documentary premiering this week titled The Weight of Gold, a project that sheds light on mental health issues affecting some of the world's most well-known athletes.

She believes that the project will raise awareness surrounding athletes' struggles with mental health, which she said begins with starting the conversation.

"It will give people hope and tools for knowing how to have a conversation because you don't know what you don't know," Peterson's mother said. "It's just as simple as having a few words."

Shannon Decker, Peterson's cousin, is the co-founder and executive director of the Speedy Foundation. The organization was created just weeks after Peterson's death and provided the start-up funds for the Idaho Suicide Prevention Hotline.

The hotline was idle for ten years before the Speedy Foundation provided funds to restart it.

The foundation remains as Peterson's legacy and is designed to be a lifeline for those combatting mental health issues, as well as a teaching tool for those looking to help in the fight, according to Peterson's mother.

Linda feels this is the way her son will live through and feels grateful that Decker and Peterson's friend worked together to create this foundation.

"[Peterson] said talk, talk, talk. He was telling friends that, I heard him say that," Peterson's mother said. "Those conversations are hard to have. There's been a lot of tabu or stigma or discrimination against them. They are conversations we avoid having.  But they are life-saving conversations.  So, the more that we can talk about the hard stuff the easier our life is going to be."

The Speedy Foundation's three main pillars are advocacy, conversation and education. These pillars were designed with the goal of bringing light to the darkness of mental health issues that, as the HBO documentary points out, can occur for even the most idolized and successful, like Peterson.

"They all have a focus on increasing mental health literacy and making conversations normal; normalizing conversations, talking about it," Peterson's mother said. "Normalizing that hope and help are available and that recovery is possible. And it all starts with a conversation."

RELATED: Hello Idaho: How to know when you or a loved one needs mental health help