Experts predict mental health issues will spike in the coming months as the coronavirus pandemic continues to surge. 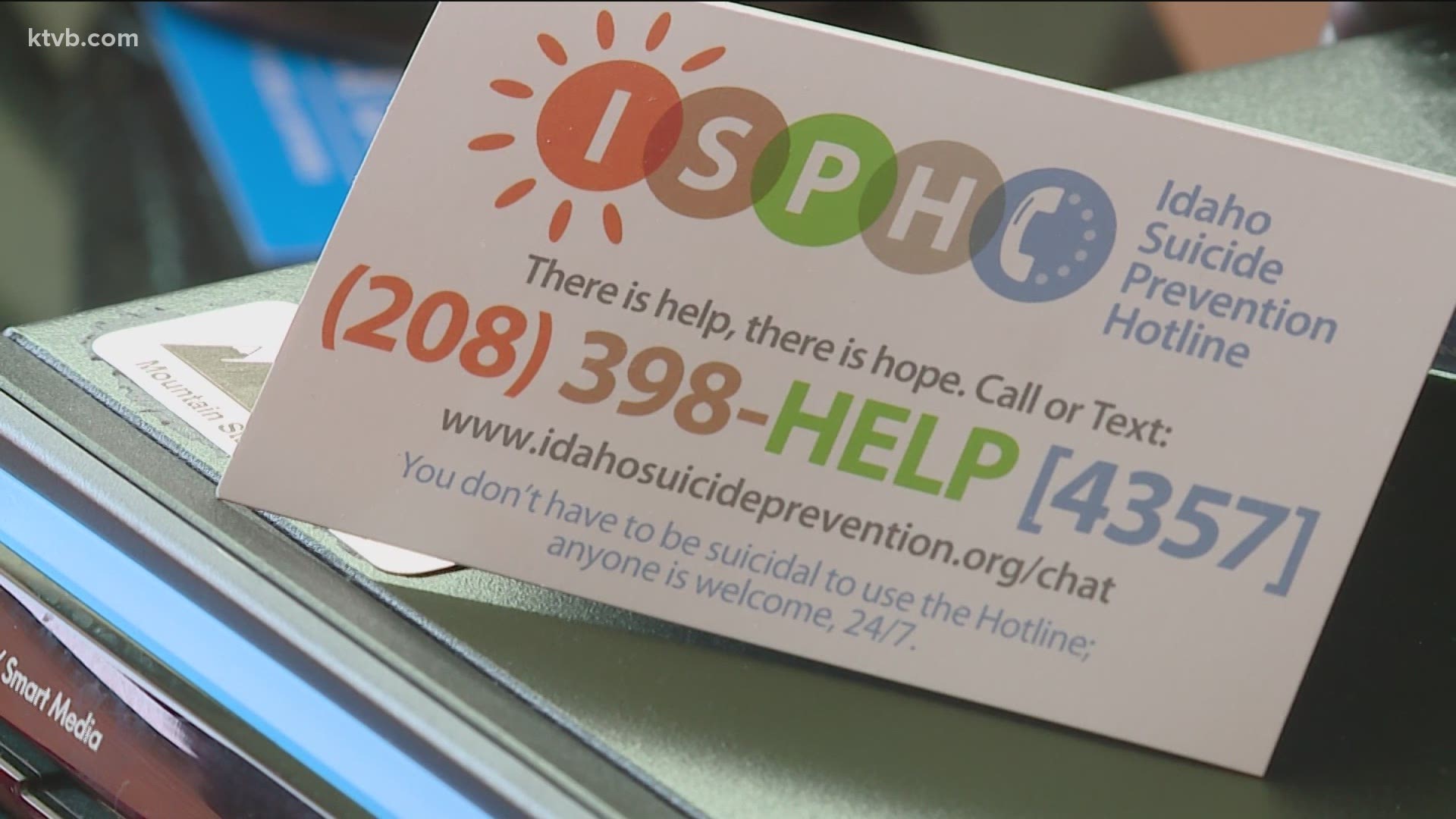 BOISE, Idaho — As Idaho continues to see a major uptick in new coronavirus cases, local mental health experts are worried that they could see a new influx of people in crisis.

“Many of us, I think, are very, very concerned," said Stewart Wilder, the founder of the Live Wilder Foundation, an organization he formed after his 17-year-old son died by suicide in 2017.

The concern is that this potential or, according to many, imminent second wave of mental health issues will overwhelm the already stretched-thin mental healthcare system.

Experts say the system is in need of more resources and tools to allow for awareness, education and treatment options.

A recent article in the Journal of the American Medical Association cited rising rates of mental health and substance abuse disorders as reasons for a suspected spike of cases in the coming months.

Lee Flinn, director of the Idaho Suicide Prevention Hotline, tells KTVB that calls to the hotline have increased by as many as 200 per month since the spring. That amounts to around 1,200 calls per month.

Twenty-two percent of those calls, she says, are from people who express suicidal thoughts or feelings.

“We're noticing an increase in phone calls over the summer,” Flinn said. “We're also hearing the callers expressing more feelings of anxiety which is not surprising. Because we're all living through this pandemic that none of us have ever experienced before so it's not surprising that people are struggling in various ways.”

She added that the hotline is looking for more volunteers to help with the call volume that they're getting right now, and bracing for the possibility of an increase in that number. Training for volunteers begins in January.

The National Alliance on Mental Illness (NAMI) is stepping up its mission to provide a safety net for those struggling with issues.

NAMI-Idaho Vice-President Christina Cernansky says the organization has used this pandemic to get resources to their six affiliates around the state. They are now reaching out to rural areas, something that was badly needed.

She says that despite very difficult circumstances during the pandemic, there is still optimism and hope.

“Remember back in March?” Cernansky asked. “We were very scared. We didn't know what to do and we had to figure it out. But look at us now. And think about how proud we should be of not only ourselves but our community, our country as Idahoans, how far we've come. Hope is not canceled.”

All three nonprofit directors said with what's happening right now and what's expected to come, now is the time to get out the word about what's available - and to also send the message to Washington about the need to act fast.

“With as much as we spend on public health and physical health, there's just this gap in the lack of resources for mental health treatment and prevention," Wilder said. “I think if this message can somehow get to Washington and Congress can start looking at this within the next year, I think is going to be critical.”

The sentiment from all three directors was that there has never been a more important time than right now for awareness and action. So that everyone is prepared for the so-called next “wave."

Cernansky says readiness for crisis centers is key and so is remaining positive in this dark time for so many.

“Hope is not canceled," she said. "We will get through this. You're not alone.”