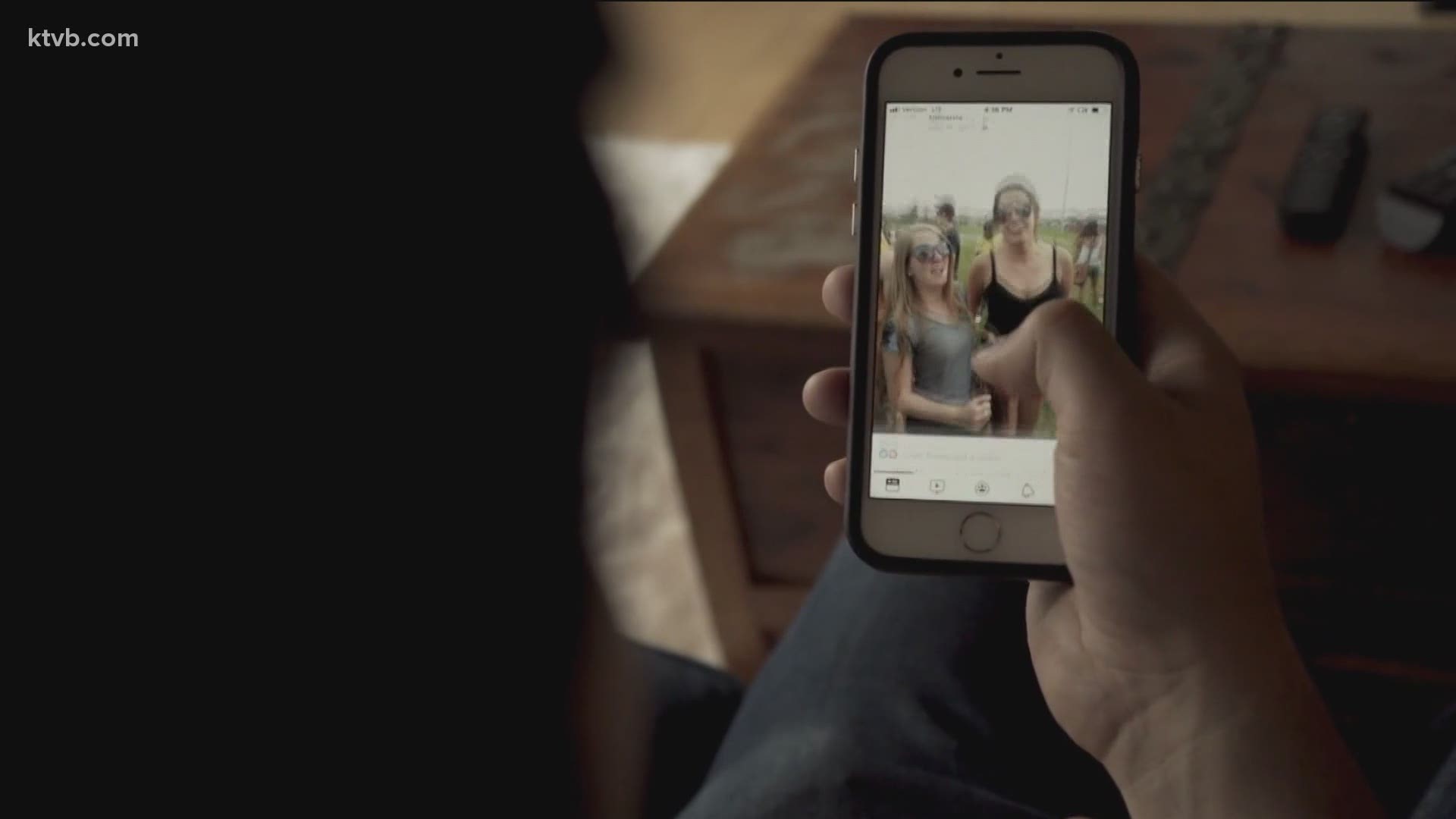 BOISE, Idaho — Facebook, Instagram, Twitter, and Tiktok are tools used by many Idahoans for connection and entertainment. But when social media begins taking up most of your time, the negative impacts can overshadow the positive ones in your life.

Chase Biefeldt sat down with Optum Idaho Deputy Director Casey Moyer to discuss what to do when social media apps become addictive.

“It’s important to point out that there is no official diagnosis for social media addiction," Moyer noted. "It is a term that people use to describe overuse or over-reliance on social media, and that is definitely something we can be prone to – especially right now when we’re a little more disconnected. Some experts estimate that up to 10% of the population of the United States may overuse social media or have a ‘social media addiction.’”

RELATED: Hello Idaho: How to talk about grief and loss

He added that social media is intentionally engineered to keep people coming back by creating pleasant or engaging experiences.

"That’s why they’re always making changes and improvements to make it more exciting," he said. "When that happens our brain releases dopamine—a  pleasure neurotransmitter—and it’s only a temporary fix. You have to keep going back to maintain those dopamine levels, and that’s why it’s so easy to overdo it.”

Obviously, Moyer noted, using social media every once in a while is not harmful. But he said overuse can lead to lower self-esteem - prompted in part by comparing your life to others' - as well as isolation, anxiety, loneliness, and depression.

RELATED: How to limit screen time and keep kids focused during distance learning

“It’s going to be different for everyone," he said. "Some things to be on the lookout for would be things like negative impacts to your job or school, prioritizing social media use over actual interactions with family and friends, increased reliance on social media as a way of coping with problems and stresses, irritability, being disconnected, and thinking about social media whenever you’re not using it. Those can be some signs that you might be overusing social media.”

Those who feel like they are beginning to have a problem are encouraged to reach out to a mental health provider, or take steps to self-regulate their own use.

Deleting the apps for Facebook and other sites is a good first step, Moyer said.

"Take a break. You can still access social media through your PC or your tablet, which you won’t have with you at all times," he said. "Turning off your device during a period when you’re supposed to be working, or at school, at meals and other activities. Set aside a certain amount of time to dedicate to social media, don’t be afraid to turn on a timer to keep yourself accountable. It’s also important to take regular breaks from social media altogether. Although it’s helping you keep grounded in life, it can also have some benefits in the short term by giving yourself some control. Social media does not control your life, you’re in control of social media.”

For more information on how to handle social media overuse at all ages, check out Optum Idaho's Family Digital Wellness Guide here.