Karen Schafer is hoping to raise awareness about infertility by working with a non-profit aimed at supporting couples struggling to start a family. 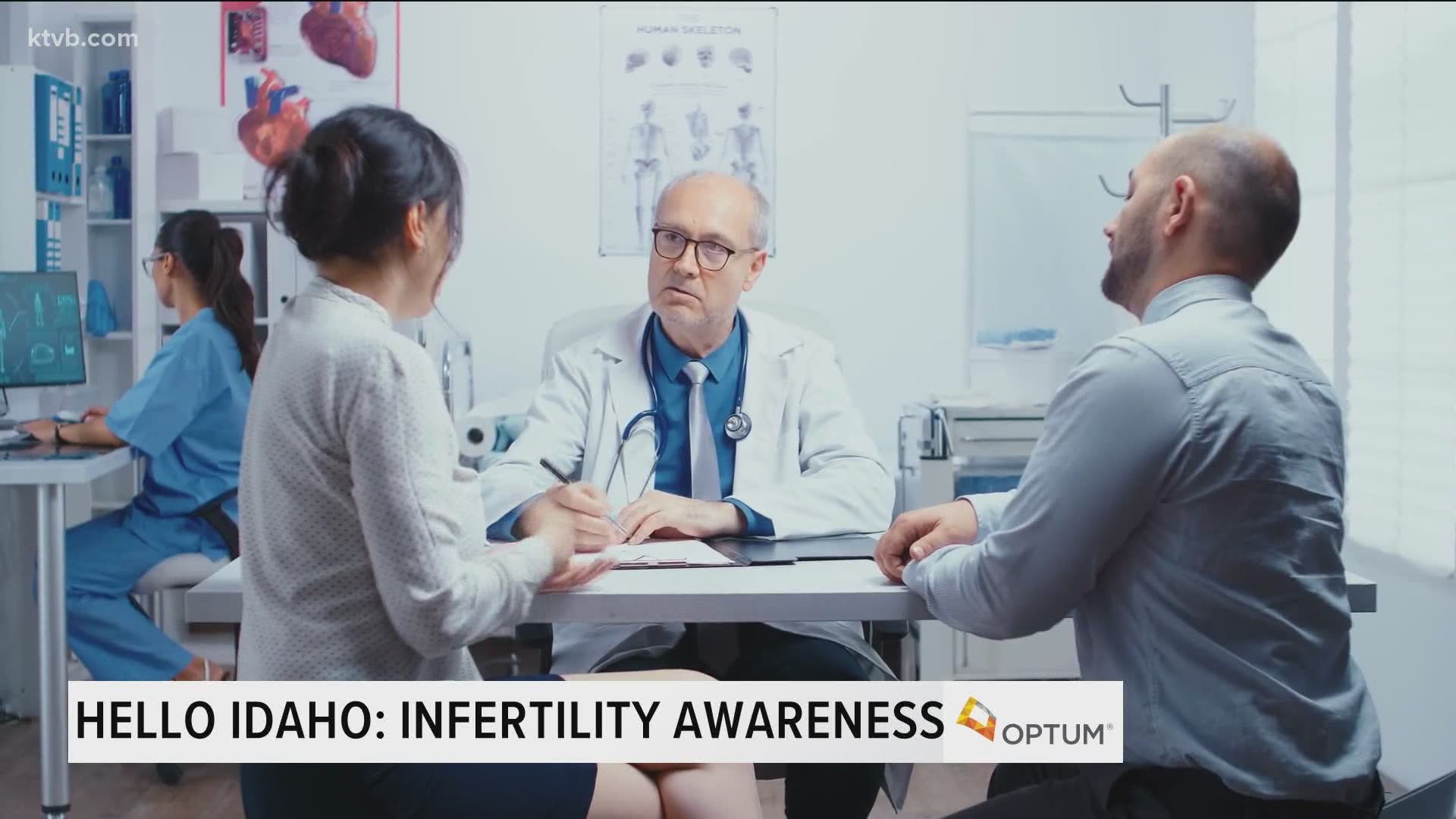 BOISE, Idaho — About one in eight couples are affected by infertility in the United States. While some couples may not be able to easily have a child of their own, there are numerous options for those affected.

One woman in Star is working to create awareness surrounding reproductive issues.

"About four years into our marriage we found that we were having trouble," United Surrogacy CEO Karen Schafer said. "It wasn't going to happen for us on our own."

Schafer and her husband wanted to have children so badly. The couple later discovered reproductive issues, which Schafer felt could potentially crush her hopes of being a mother.

The couple, however, saved up money to attempt In Vitro Fertilization (IVF). Through this process, eggs are extracted from the uterus, a sperm sample is collected and the two are manually combined in a lab dish before being transferred to the uterus.

"They're our little IVF miracles and looking back at it I would do it ten times over again if I needed to in order to be in this place," Schafer said.

Through the process, Schafer learned a lot about infertility, including just how common it is for couples.

"It affects about every one in eight couples in the U.S. so if you go through it, you have a friend or a family member that has or will have issues in the future, too," she said.

Schafer also discovered how little infertility is discussed, which can make the journey feel incredibly lonely. Now, she's trying to spread awareness about infertility and letting those going through it know they're not alone.

"When I go back and I think about my own struggle and such, when we first got that diagnosis, I didn't know anyone who had gone through this," Schafer explained. "It came naturally for my entire family, and I just didn't know about it. I think the first step is just having people knowing about it. One in eight couples, I mean, that's a lot of people dealing with some sort of reproductive issue."

Schafer is working with a non-profit called Resolve. Its goal is infertility awareness and creating support at the local and national levels. Last year, Schafer was able to get the attention of Idaho Gov. Brad Little, who officially recognized April 18-24 as Infertility Awareness Week.

For couples not having reproductive issues, Schafer urges them to never joke about pregnancy. She also has helpful advice if you know someone struggling with infertility.

"Know that even if you can't necessarily put yourself in their shoes, just listen," Schafer said. "Be a shoulder. Just listen to their story and let them know you're there to hear them, and hear their pain, and be there for them."