Boise State is one of only about 60 universities around the country that have an in-house mental health clinician embedded within their sports department. 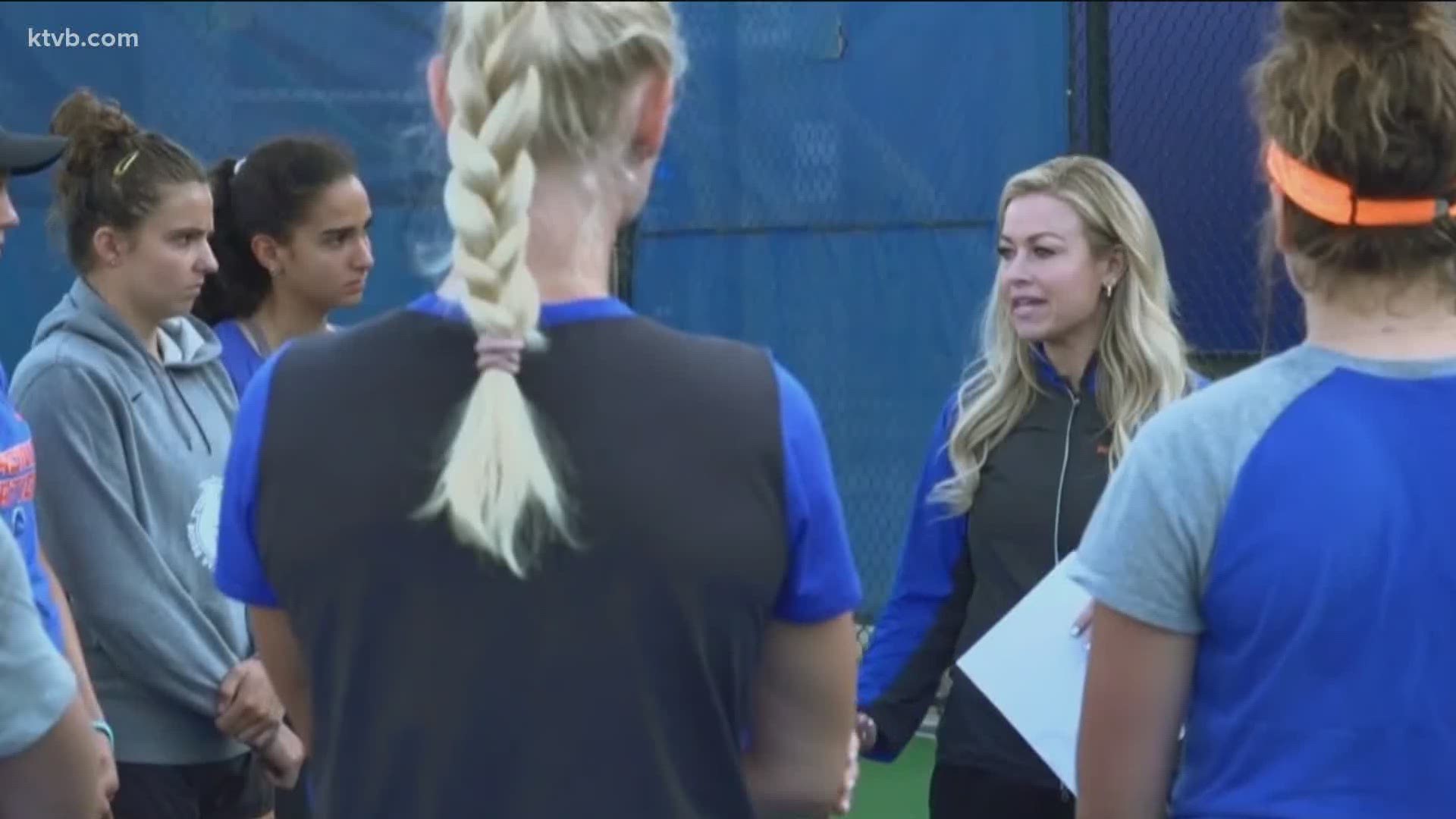 BOISE, Idaho — There has been plenty of uncertainty for Boise State student-athletes in 2020. Canceled seasons have led to canceled games, and in some cases, that has meant canceled careers.

When you consider the amount of time student-athletes pour into their respective crafts, and the current absence of routines they've grown so accustomed to in college, Boise State has placed an emphasis on a specific area of health. Mental health.

"The importance of mental health, that's always been important, obviously, but in the midst of a pandemic, more so than it ever has been before," said Boise State director of athletic performance and psychology Stephanie Donaldson.

Boise State has 18 varsity athletic programs. Each of them has now had their schedules altered due to COVID-19.

Back in March, the spring sports season was postponed and then ultimately canceled altogether. Then on August 10, the Mountain West Conference indefinitely postponed their fall sports season, and just recently, the NCAA pushed back the beginning of the basketball season.

So how is Donaldson helping student-athletes process all of this?

"There's a lot of talk that centers around, quite honestly, a grief and loss experience. When we think about grief and loss, we think about a single event that happens, like a death," Donaldson explained. "These student-athletes are grieving the loss of a season. With seniors, it could be the loss of their last season. So it's so much more, and it's also how it plays into their identity and their sense of self and self-esteem. It's the complex scenario that we're working on."

While mental health is becoming more of a focus across intercollegiate athletics, only approximately 60 universities around the country have an in-house mental health clinician embedded within sports, according to Donaldson.

"It's something that really early on, Boise State was in the front leading," said Donaldson. "They made it a priority to have a mental health clinician within the athletic department."

Even for someone trained to deal with the mental strain, Donaldson is quick to admit that the pandemic has tested her practices in many ways. Normally she can meet with student-athletes face-to-face in her office, which is located near campus. At the moment though, in-person communication has transitioned into telehealth and Zoom calls.

"We all like routines and schedules and to know what to expect and there is a lot of uncertainty," Donaldson said. "It's been a good lesson for me, being flexible and learning to just kind of roll with it. Being able to reflect that, and show the student-athletes that, and then watch them do it as well, has been a really neat thing to see."

The uncertainty that began to fester back in March due to COVID-19 still looms over many within the athletic program.

So as student-athletes continue to navigate through unforeseen times, Donaldson is doing her best to provide them a path forward.

"With grief and loss, there's a typical cycle that you work through. But not only is this a loss that we're dealing with, it's an ambiguous loss," stated Donaldson. "It's just an ongoing uncertain scenario.

"While it can seem like kind of a fatalistic approach to it to talk about grief and loss, it's not. It's helping your brain kind of categorize and organize what's happening," Donaldson added. "I think the most important thing is just to talk about it and to help student-athletes have words for the emotions that they're feeling. That's so important because when we keep it inside and we don't know how to label it, we can feel powerless. But when we're able to label our emotions and work through it and talk about it, it's more powerful and were able to find new ways to cope and move forward."