Man behind Spirit of Boise Balloon Classic diagnosed with cancer: 'It's just a cruddy deal'

Scott Spencer is battling stage four colon cancer and wants others to learn from his mistake. 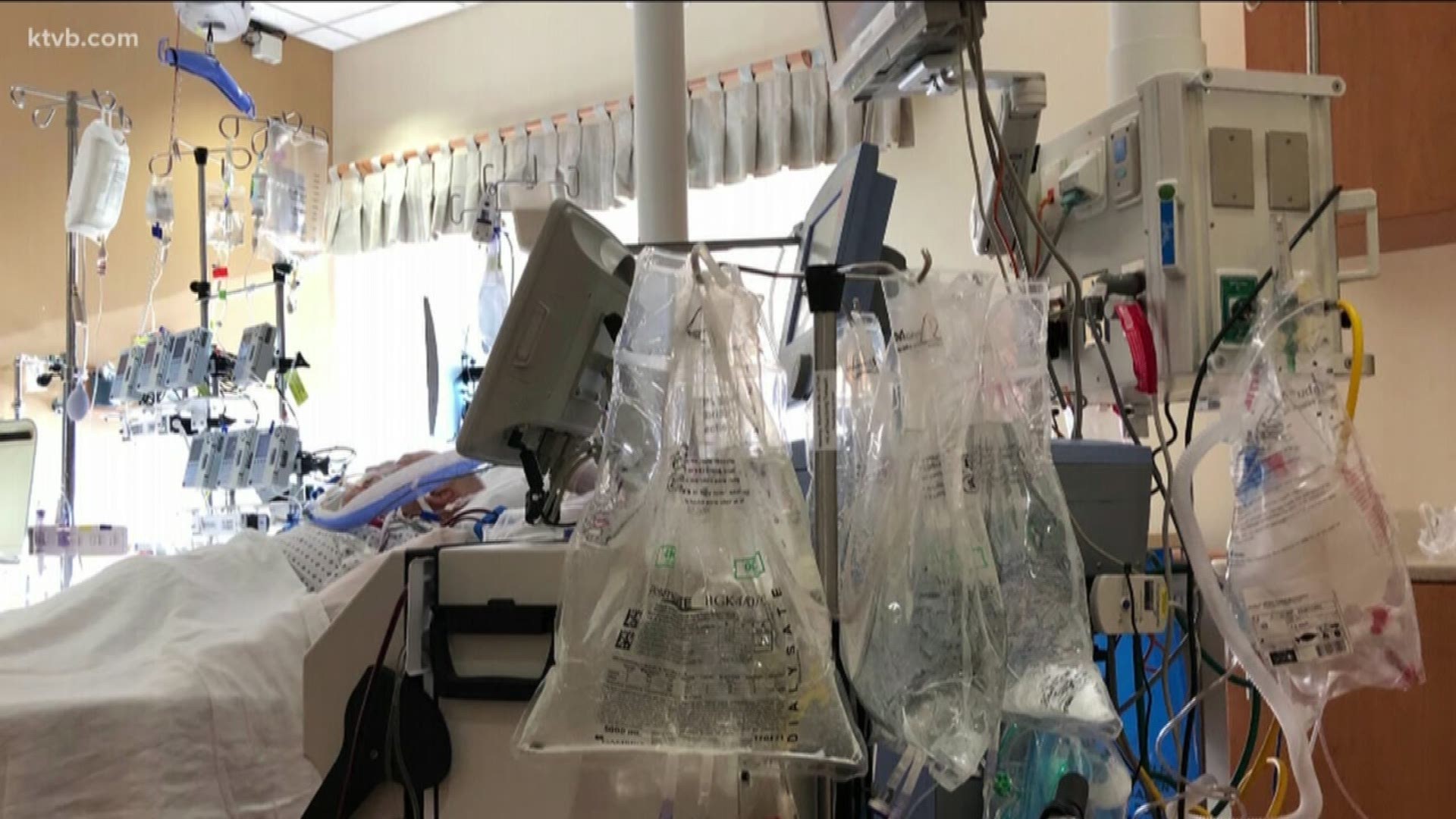 BOISE, Idaho — The man behind the Spirit of Boise Balloon Classic says he has stage four colon cancer.

Scott Spencer is known for his big personality and kind heart. He also makes thousands of people smile every year with his hot air balloons. Spencer loves doing that, and he says through his cancer diagnosis he hopes he can possibly save lives.

"The thing that strikes me about it is that it could have been completely avoided," he said.

The 64-year-old said that because he skipped his last colonoscopy. It's the gold standard for colon cancer screening. Spencer is not alone. We found out by talking with Dr. Sheev Dattani, who is treating Spencer, that it's actually all too common.

"If we did a colonoscopy on 100 percent of patients that meet our screening guidelines the incidences of colon cancer would decrease by 90 percent," Dr. Dattani, who is a colorectal and general surgeon at Saint Alphonsus in Boise, said.

ALSO: Colon cancer spikes in millennials: 'I was absolutely shocked'

Dattani said that's why getting your colonoscopy when your doctor recommends is so important. The American Cancer Society says to start at age 45 if you have no family history. Screening, Dattani said, is key.

"Generally, there are absolutely no symptoms," he said. "That's why we urge patients to get screened."

He said if you do show symptoms, like rectal bleeding, abdominal pain and weight loss, it's typically late-stage cancer. That was the case for Spencer. He had a bad stomach ache that wouldn't go away after a couple of days.

"I mean I'm literally flying balloons one day in Walla Walla, winning the race, and 36 hours later I'm in a coma in the hospital," Spencer said. "They took a 3.5 pound tumor out of me that I didn't even know was there! All of this could have been avoided. It all could have been avoided if I had just taken the time to get a colonoscopy."

Spencer hopes his story will encourage others to make the time while he battles for more.

"You know, we have our fingers crossed," Spencer said. "I'm not going to let this define me, I'm gonna fight it. There's still work to be done, there's still a balloon race to put on."

Spencer is getting chemotherapy right now, but he fully expects to be putting on the 29th Spirit of Boise at the end of August, along with his wife, Laurie. They just want to continue bringing smiles to our community.

If you would like to learn more about colon cancer visit the American Cancer Society.