'It's not a quick fix': Meridian mom talks about bariatric surgery journey

The weight loss procedure is for patients who are at least 100 pounds overweight. 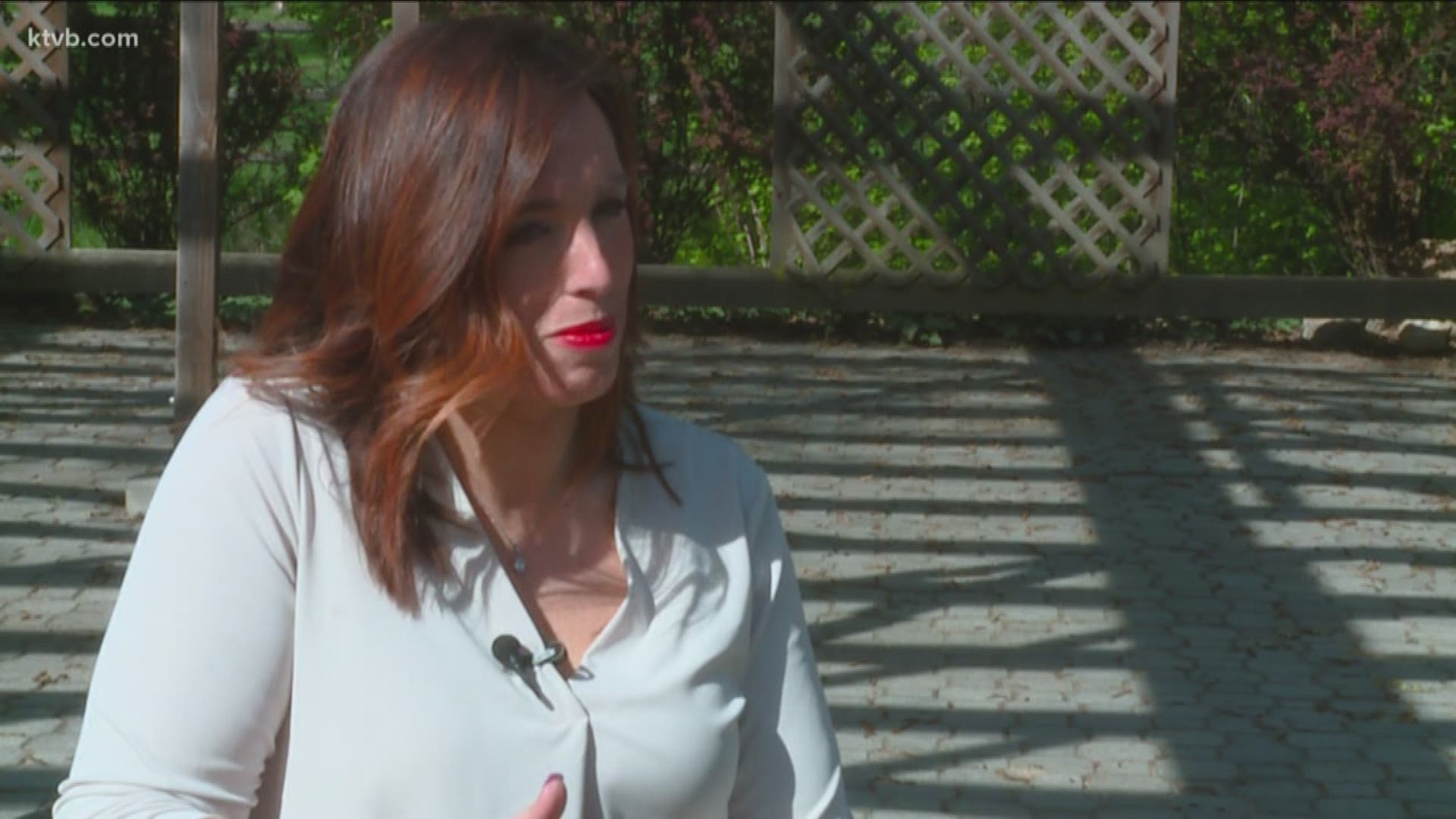 BOISE, Idaho — With summer just around the corner, many of us are thinking about getting more active and maybe even losing some weight. It's rarely easy to shed pounds, but imagine having 100 or more to lose.

About 230,000 people choose bariatric surgery every year in the United States. Some patients hope to cure diabetes, high blood pressure or sleep apnea. Most, if not all, patients want to live a more active lifestyle.

Weight has always been a constant struggle for Andrea Dadsetan, who lives in Meridian with her husband and two young children.

"I've always been a bigger girl," Dadsetan explained. "Sometimes genetics play that game with you. I never ate bad or unhealthy, until I got older and fast food became a primary part of my life."

When she met her husband, David, who was also overweight, Dadsetan says her weight skyrocketed.

"Food was me and my husband's passion," she said. "That's what we did. So it just kinda escalated from there, and when you work all the time I just became bigger and bigger. I did every fad diet on the planet and when you do those fad diets you gain the weight back and you gain it even further."

Dadsetan and her husband welcomed their first son after a rough pregnancy. Soon after, the struggles of being a heavyset parent came crushing down on her.

"To be on a playground and watch another mom go down the slide with their son or run after them with a soccer ball and for me to not even have the energy to do it or the want to do it because I didn't want to be looked at like that. I always thought people were judging me even when most of the time no one was - it was me judging myself."

After telling her doctor how unhappy she was with her weight he urged her to go to a bariatric surgery seminar. That's where Dadsetan met Dr. Jim Valentine, a bariatric surgeon at St. Luke's.

"Our bariatric surgery is really a journey," Valentine said.

Although some people think it's a 'quick fix,' nothing could be further from the truth.

"People on the outside think weight loss surgery is the easy way out and I always tell them, boy, come and walk in their shoes for a day," Valentine said. "It's very strict. It's very unforgiving,and that's why it works."

The actual surgery can be done in a several ways, but the most common is a sleeve procedure. The stomach is cut length wise making is smaller.

"We base it on people's weight," Valentine said. "They need to be about 100 pounds over their ideal body weight. Our patient population varies so much we may operate on 18-year-olds to 75-year-olds.

Patients are counseled for months before and after surgery.

"During that time there's a lot of education on eating habits, changing behaviors, and that's really the long term success is helping the patient use the tool to change their behavior so that they're successful," Valentine said.

It's been three years since Dadsetan had bariatric surgery. Her success prompted her husband David to have the surgery a couple years later.

"It's helped me see that really anything is attainable and you know the surgery helped in a way that it gave me a medical fix, but the mental stuff that came with it brought on the positivity," Dadsetan said.

She says she has never been happier. Dadsetan now has two sons and her family is living a healthy life.

"Food is not the center of what we do anymore. It's family and activities so it's completely changed," she said. "We were avid indoors and going to restaurants before this happened and now when we plan it's where are we going on a hike - it's a lot different now."

Credit: Andrea Dadsetan
Andrea Dadsetan and her family. Both Andrea and her husband underwent bariatric surgery, something she says has changed their lives.

Dadsetan now wants to share the message of how she got here.

"You gotta get over the stigma of talking about it and that's why I'm talking about this," she said. "I'm going to tell my story if it helps one person out there."

There are several support groups in the area for bariatric surgery patients, and that includes cooking classes. Dadsetan encourages people who are curious about the procedure to check them out: