"I had no idea at 42 years old I was going to have something like this happen to me," Kara Shaw said. Now she's hoping others can learn from what she experienced. 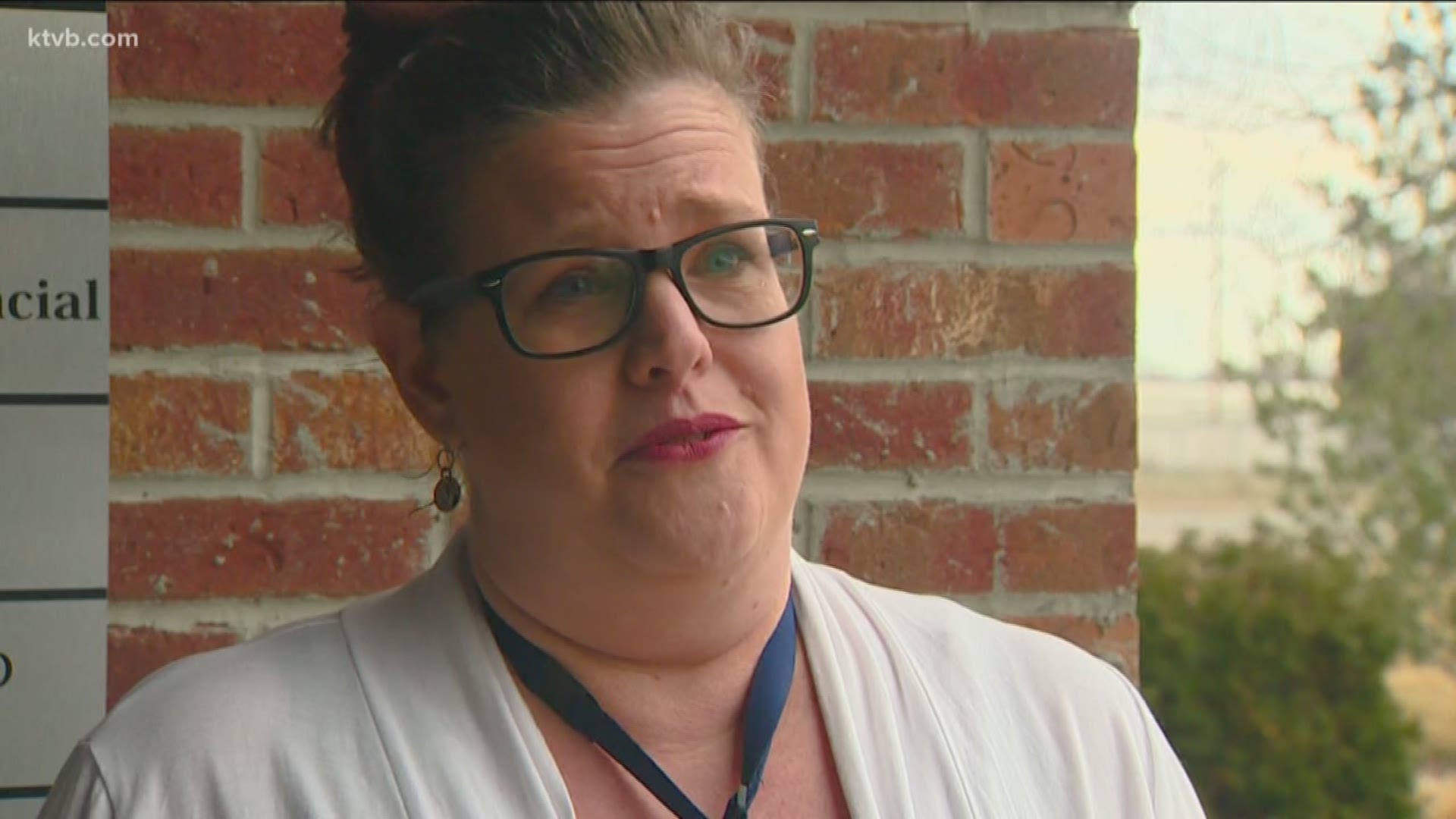 BOISE, Idaho — Stroke survivors across the country are speaking out and sharing their experiences following the death of 52-year-old actor Luke Perry.

Strokes are common in the U.S., so being aware of the symptoms could help save someone's life. Each year nearly 800,000 people experience a new or recurrent stroke.

Knowing the signs of a stroke can help save those in need, but not all strokes look the same.

"I had no idea at 42 years old I was going to have something like this happen to me," stroke survivor and Treasure Valley resident Kara Shaw said.

A regular weekday morning started out with a headache for Shaw. She really didn't think twice about it. But as she drove to work, that headache suddenly developed into something much more serious.

"Got about halfway down Linder Road on my commute and my eyes kind of blanked out for a minute and then set in a not-right feeling," Shaw said.

Shaw was confused and disoriented, but knew she needed help dealing with whatever was happening to her. She grabbed her phone and was able to send a message to a friend through her walkie-talkie app.

“I can't form words.” Shaw said in a recorded audio message. “My eyes were being weird while I was driving, and then I couldn't talk right. I think I'm having a stroke, I don't know."

"My voice wasn't mine, it was slurred, I couldn't get my words, I was stuttering and I said, 'I think I'm having a stroke,' " Shaw said.

Shaw was right - she did have a stoke.

“I was surprised, I don't know anyone my age that has had a stroke and it's not something that my friends or I ever worry about or talk about," she explained.

PHOTOS: Luke Perry through the years

For years, the signs of a stroke have been popularized by the "FAST" acronym: Face drooping, Arm weakness, Speech difficulty, and Time to call.

Those are good to know, but as Shaw found out, not all strokes show those symptoms.

"It can be very subtle. Some patients present with sleepiness and nausea and vomiting and abnormal eye movements which may be a sign of a posterior stroke," said Dr. Lukas Clark, a neurologist at Saint Alphonsus in Boise.

Dr. Clark explains that knowing any of the symptoms of a stroke is important, and that there is one specifically to be aware of.

"The majority of patients will have some form of weakness involved with their presentation which is a tip-off that we need to act quickly," Clark said.

And when a stroke hits, time is very valuable.

"Time is of the essence - as soon as you can get to the hospital, the better," Clark said.

Since her stroke, Shaw has learned she has nothing physically wrong with her.

But during treatment, doctors found a birth defect on her heart that she was unaware of. After 40 years of no problems, that defect suddenly sent a blood clot to go into her brain, causing a stroke.

She hopes others will learn from her experience and be aware of stroke signs to help those in need.

"If you just don't feel right, then you should make sure it gets checked out," Shaw said.