Idaho experiences a major increase in Hepatitis A cases

In 2019, 44 Hepatitis A cases have been reported so far, 26 of those were in Ada, Boise, Elmore, and Valley counties. 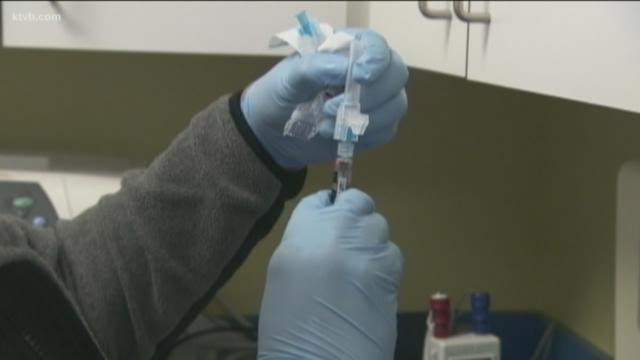 In 2019, there have been 44 Hepatitis A cases, 26 of those in Ada, Boise, Elmore, and Valley counties, also referred to as the central district. In 2018 there were only eight cases.

In the central district of Idaho, which includes Ada, Boise, Elmore, and Valley counties, there have been two people with Hepatitis A who work in the foodservice industry - one sick person worked at the Red Robin off Parkcenter in Boise and the other worked at Saint Lawrence Gridiron in downtown Boise.

Health officials say when someone who contracts Hepatitis A works in a high-risk place, such as a restaurant, daycare or health care facility, they must let the public know.

Lindsay Haskell, an epidemiologist for the Central District Health Department, says not only is there an uptick of Hepatitis A cases in Idaho but nationally as well.

She says it difficult to say why but there are some people at a greater risk than others.

Hepatitis A vaccines have been part of children's normal vaccine schedule since 1999.

If you were born before 1999 and don't know whether you have the vaccine, Haskell says accidentally getting the vaccine twice won't have any adverse effects.

Symptoms of Hepatitis A include stomach pain, diarrhea, nausea, vomiting, jaundice, dark urine, light-colored stool and can last for weeks or months.

Many of these symptoms may feel like the flue, but people who experience jaundice, the lightening or yellowing of the skins and eyes, or light-colored stool should seek medical help.