Heat exhaustion vs. heat stroke: What to watch for

With temperatures hovering around triple digits all week, we want to warn you of some heat-related dangers and how to avoid a trip to the hospital. 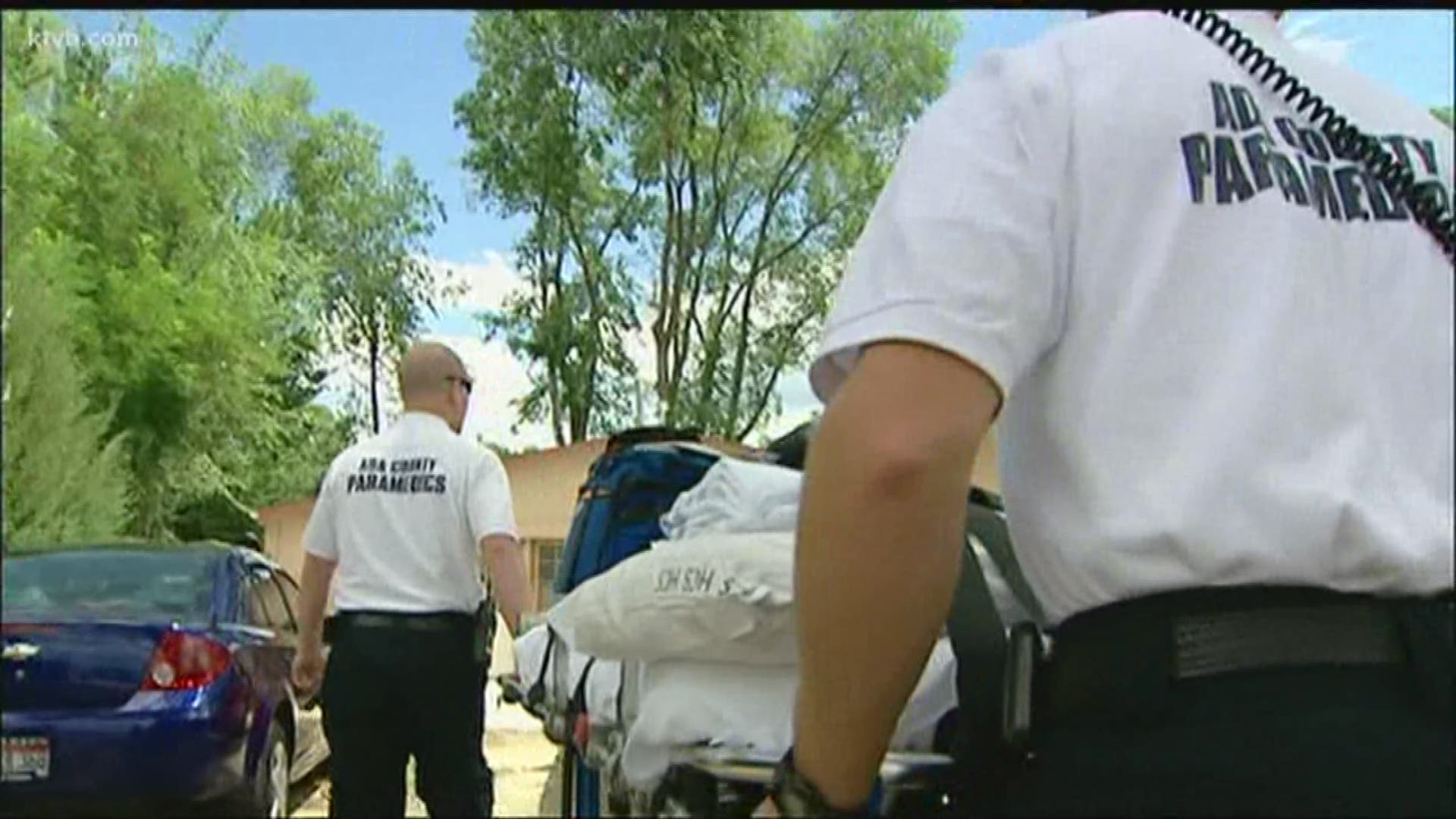 BOISE — If you're outside for even a few minutes in this heat, you're probably working up a sweat and grasping for a water bottle.

With triple-digit temperatures in store all week, we want to warn you of some heat-related dangers and how to avoid a trip to the hospital.

"The heat can be dangerous and people don't really realize how it can sneak up on them,” Saint Alphonsus Urgent Care physician Dr. Ryan Heyborne said.

"We see people who have usually been working outside too long,” Ada County Paramedics Battalion Chief Bart Buckendorf added.

It's not just people working in the heat; paramedics and doctors also take care of people who've just been playing or spending time outside.

"They don't think about it - 'well I'm just playing, I'm not working real hard.' But their body is still losing a lot of fluid," Buckendorf said.

“You definitely see an uptick in heat-related problems this time of year particularly when we get to triple digits,” Dr. Heyborne said. "The hotter it is outside the less our body is able to get rid of that heat, so activity and exertion are definitely risk factors for both heat exhaustion and heat stroke.”

Medical experts say activities that Idahoans love, such as hiking, running, walking our dogs, biking, or yard work, are best before noon or after 5 p.m. in these triple-digit temperatures.

Some other pieces of advice: Find a place in the shade or indoors in the air conditioning to cool off, replenish and hydrate, use a cold compress, and wear breathable and light clothes. These are all preventive steps you can take that are similar to how you'd take care of heat exhaustion.

“[Give them] cool water, cool drink, getting some moisture on their body to help that sweating evaporation cycle,” Buckendorf said.

There are differences between heat exhaustion and heat stroke, and they're important distinctions to make.

"Heat exhaustion isn't necessarily a medical emergency. That can be taken care of at home,” Buckendorf added.

If you have heat exhaustion, experts say you could feel faint or dizzy, sweat a lot, have excessive thirst, feel nauseous or vomit, have muscle cramps, and have a rapid, weak pulse.

"Really trying to do something to prevent it from getting worse at that stage, which can happen after just a few minutes even in the sun is important," Dr. Heyborne told KTVB. "Those are warning signs of something more serious that could be coming like heat stroke, where you start to see neurologic changes - dysfunction of some of the organs. That becomes a real medical emergency."

You can tell someone has heat stroke when they aren't sweating, they're confused, their temperature is above 103 degrees and they have red, hot and dry skin, they're nauseous or vomiting, and they have a rapid and strong pulse. The biggest tell-tale sign is if the person passes out and loses consciousness. That's when medical experts say you should call 9-1-1 immediately and get that individual to the hospital.

"We can give them some fluids; they're going to be low on fluid because they've been trying to sweat all day and they've depleted their ability to sweat. We have ice packs we can put on the patient to help them cool off. We can just grab some irrigation fluid and pour it on the patient to cool them off with a sheet on them. And that just kinda mimics the sweating," Buckendorf explained as he showed KTVB the inside of the ambulance. "We can do that all in here as we take the patient to the hospital."

Losing the ability to sweat means that person suffering from heat-related illness no longer has the ability to cool themselves off, so they need help in doing so.

“You want to err on the side of safety and get them medical attention if they need it,” Heyborne added.

Some people are more prone to heat exhaustion and heat stroke than others: elderly people, babies and young children, and people with chronic health issues or who are already sick. So doctors and paramedics advise keeping a close eye on those people in your life this time of year.