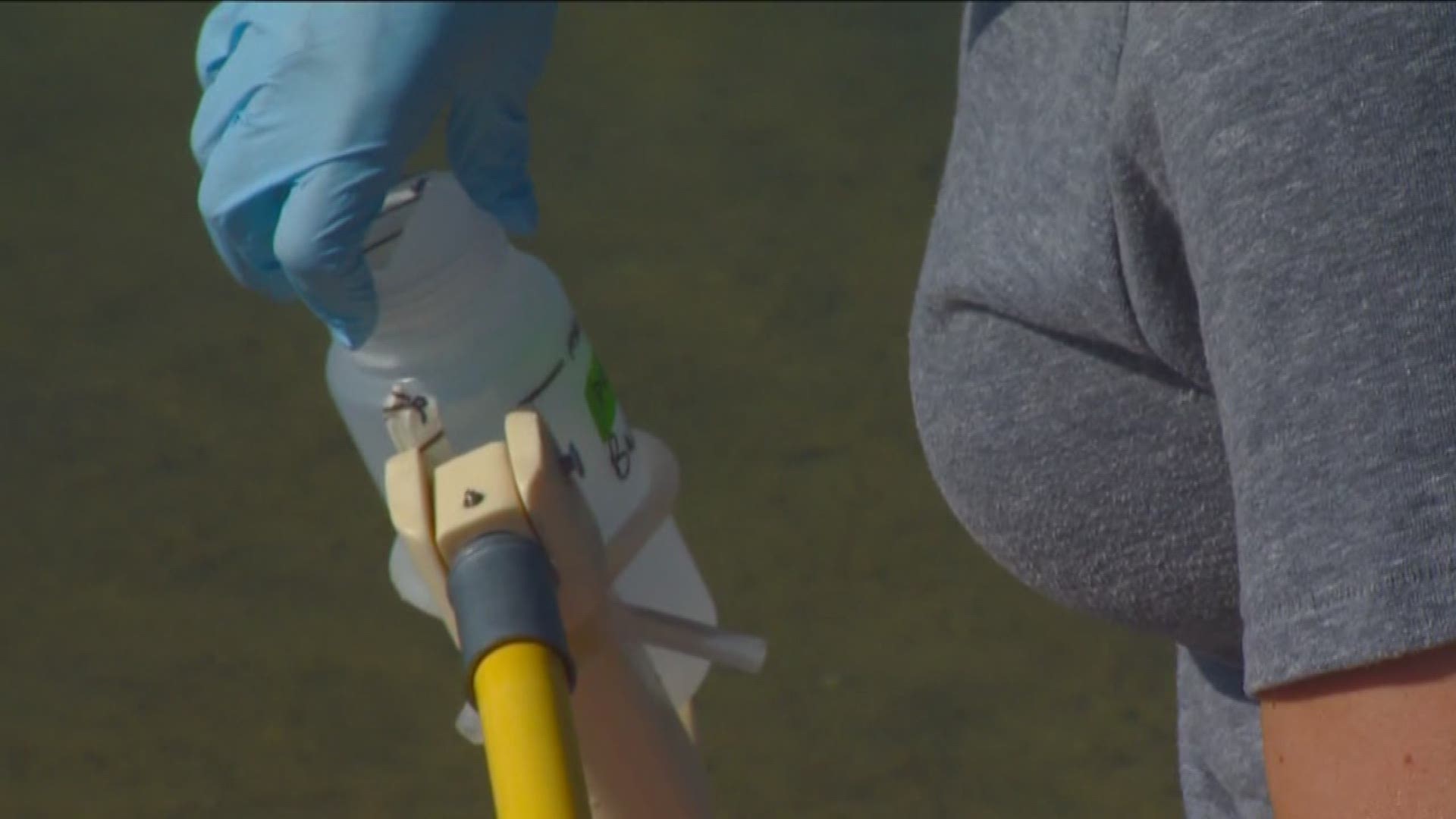 BOISE -- How appealing does it sound to jump in some nice, refreshing water during these triple-digit temperatures? Unfortunately, there are limited places to do that in Boise right now: The river is still high and considered unsafe, while the ponds at Esther Simplot Park are still closed, thanks to high levels of E. coli.

It has been 22 days since anyone has been able to take a dip in the water at Esther Simplot. While Quinn's Pond is back open to the public, high levels of E. coli bacteria that were originally found in June are not getting any better - and the City of Boise is struggling to pinpoint why.

"It's unfortunate," Boise Parks and Recreation Director Doug Holloway said. "We literally spent a significant amount of money cleaning up this area to create a park."

Boise city officials say there's a lot they're still trying to figure out, such as why is the E. coli still lingering in the water, where exactly is it concentrated, and should they try getting rid of it a different way?

"We'll just continue to work with professionals in this arena at the city and state level to look at other options as well," Holloway added.

The city has ramped up their testing methods recently, too; along with grabbing samples from multiple spots in the ponds every morning for the last month, City of Boise Water Quality Coordinator Kate Harris says they have begun specialized testing.

"We're testing all the inputs to Esther Simplot, all the storm water inputs, canals from... Quinn's Pond, we sample ground water wells. We're really just kind of sampling everything to see if we can nail down the source and make sure to track the levels and make sure we understand what's going on.

After two rounds of DNA test results where experts took composites from Quinn's Pond and Esther Simplot ponds, the main sources of E. coli were determined: At Quinn's Pond, test results in the first and second round showed feces from geese and dogs contributed to the high levels, while test results from the second round concluded that dogs were the main factor.

In the water at Esther Simplot Park, the first round concluded dogs were the contributing factor, dogs and geese came back as sources in the second round, with human feces also adding to the elevated levels.

"We're trying to manage the sources of what the DNA test provided to us," Holloway added. "We now have a policy that dogs are no longer allowed in the park. We have a contractor that does conditioning of the geese. And basically what that means is the contractor has a dog that basically chases geese around and conditions them to no longer want to be here.

"And it is actually working. At one point, we were going three times a day, now we're only going two times a day with the contractor because when he comes the third time, he finds the geese aren't there."

Holloway says they're continuing to flush the ponds by pumping water from the nearby Boise River into Quinn's Pond through the connected ponds at Esther Simplot and back out to the river at diluted levels. They are able to do this by using their water rights from the Thurman Mill Irrigation District.

City officials say they won't open the water for recreation until tests show very low levels every day for a week or so.

"Not only much lower, but we want to see a consistent day in and day out much lower. So if it drops below safe levels for one day, maybe two days, that just isn't going to give us enough of an indication that the pond is actually clear and clean and safe for users. We want to see a real consistent reading of a much lower level than what it's at right now," Holloway told KTVB.

"We don't want to have to open the ponds because they look good for a couple of days then close them and then open them and close them," Harris added.

Holloway says he's confident that they'll be able to get back down to safe and clean levels of E. coli bacteria and open the water back up for everyone to enjoy, but he just doesn't know when that will happen.

It takes 24 hours for test results to come back, so we will know the latest levels Friday afternoon.