KTVB spoke with the school districts following the death of 9-year-old Emrik Osuna. 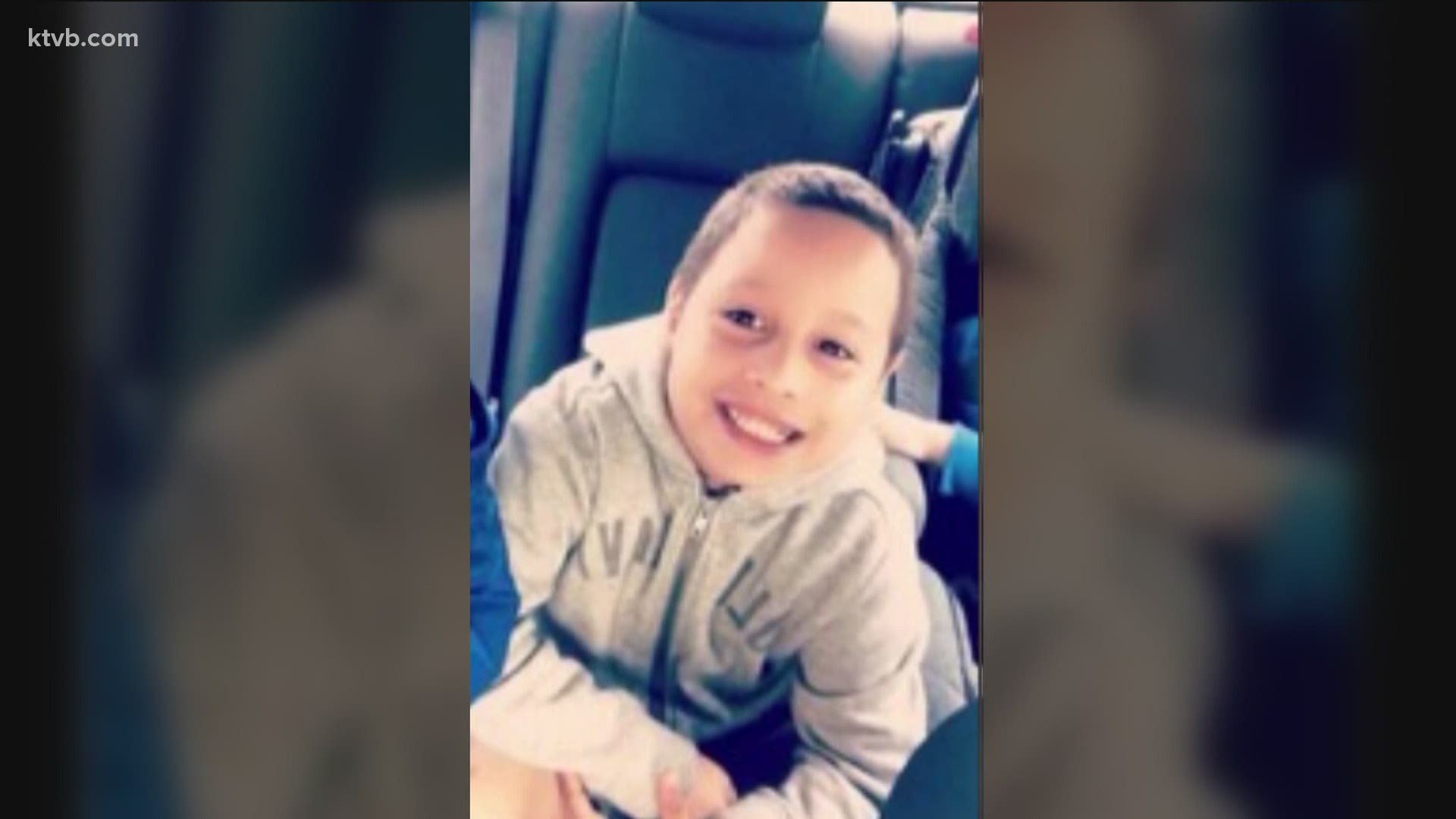 MERIDIAN, Idaho — Just days before students in the West Ada School District returned to school online, students and faculty members learned about the death of one of their own, 9-year-old Emrik Osuna.

“Obviously when we heard this news, we were all deeply saddened it was very traumatic for everyone involved and our hearts go out to his family and friends and neighbors,” said Char Jackson, West Ada School District spokeswoman.

Emrik was found lying in a Meridian apartment without a pulse and covered in bruises on September 1, according to prosecutors. His stepmother, Monique Osuna, is charged with first-degree murder in his death. His father is charged with felony injury to a child, infliction of great bodily injury and destruction of evidence. Both are due back in court on September 17.

RELATED: 'I feel guilty for not being there for him': Meridian boy's aunt speaks about his death

Jackson could not comment specifically on the case, but told KTVB with students spending so much time at home because of the pandemic, school districts, like West Ada, are very concerned when it comes to child abuse cases.

“That means they're not here in school and so those mandatory reporters who may see unusual bruises or something like that, they're not seeing that right now because we’re not in person,” Jackson said.

Mandatory reporters are often faculty members like teachers, school nurses and bus drivers. They are people who are compelled to report any signs of child abuse and who are often the first line of defense when it comes to children in these situations getting help.

“The key to preventing child abuse at any point of the year and in any circumstances, including while we're doing virtual learning is relationships,” said Tamra Vanegas, Counseling and Social Work Supervisor for the Boise School District. “The expectation is that teachers have good relationships with those families so that if anything seemed off, that teacher would reach out to the counselor or social worker.”

She says parents aren’t used to having their children home all day, which can amount to added stress and pressure. It also comes at a time when families are already under heightened financial stress because of the pandemic.

“So, we're seeing layers, it's like an onion it just keeps unpeeling with the stress that families are under,” Vanegas said.

Regardless of whether school is online or in-person, both school districts told KTVB, school resources like counselors and social workers, are still available.

But how does that work with online schooling? When parents and students have the right to not turn on their computer cameras.

“If repeatedly nobody has eyes on that child and is not talking to that child, then that's when our red flags go up and we reach out to the family and try to connect with the parents, offer support, make sure the child is doing okay, and connect with the child as well,” Vanegas said.

If that's not possible, Vanegas says, school faculty will reach out to police and ask for a welfare check.

The West Ada School District holds personal safety training for first, second and fifth graders to teach them things to look out for when it comes to sexual abuse or any other inappropriate conduct.

On September 14 and 15, the Boise School District will have parent education classes. They also have a safe hotline, which people can call if they are not able to connect with a school counselor or social worker. You can also click here for additional resources.