Doctors across the country, including here in Idaho where vaccine rates are low, are warning of the risk for a major disease outbreak. 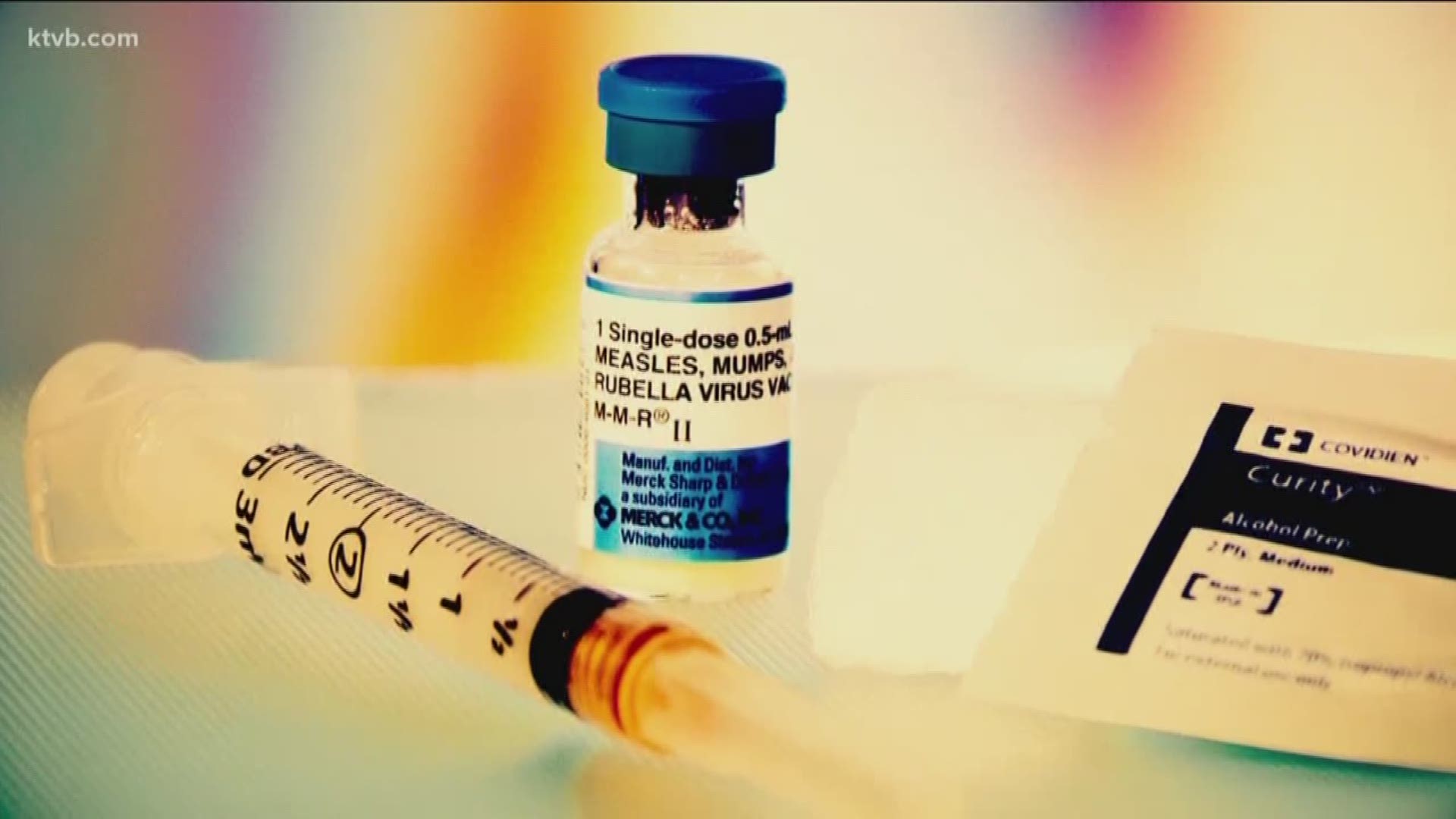 BOISE — Some alarming health news as kids across the country head back to school.

A new study warns the number of parents who don't to vaccinate their kids is rising.

Doctors across the country, including here in Idaho where vaccine rates are low, are warning of the risk for a major disease outbreak.

When Kellie Kreuger's 3-year-old son developed cold symptoms and a rash, she was shocked when she learned his diagnosis.

"They said he had measles and I kind of just went, really measles?" said Kreuger.

Now a warning that diseases like measles, eliminated from the U.S. years ago, could make a comeback.

"Measles was the single leading killer of children globally. It's probably one of the most contagious, transmissible, infectious agents we know about," said Dr. Peter Hotez, Baylor College of Medicine.

A new study has identified "hot spots" of risk in 12 states -- places vulnerable to outbreaks because too many parents aren't vaccinating their kids.

Idaho had some of the highest rates. In some small, rural counties nearly 20 percent of kindergartners didn't get their shots.

But even more alarming, hundreds of kids went unvaccinated in more densely-populated cities like Phoenix and Seattle.

"These are the areas where I'm really concerned, where you have large numbers of kids not getting their vaccines. These are the places I'm worried about seeing measles," said Hotez.

"How frustrating is it that patients are trusting social media more than their own doctor?" asked NBC’s Dr. John Torres.

"It's so frustrating. We get to a point where we just don't wanna have the discussion because we know at times, it's not gonna lead anywhere," said Dr. Uranga.

Idaho is one of 18 states that allow parents to opt out of vaccinating their kids because of personal beliefs. California used to be one of them but changed that law after 125 people became infected with measles during an outbreak that started at Disneyland.

“California became a role model for what needs to happen in other states," said Hotez.

That outbreak at Disney was so severe, it was enough to infect Kellie Kreuger's son, who had already received his first measles vaccine.

Her advice for parents: "Do the research, know the real facts."