The statewide freeze will close down in-person dining in restaurants and implement a number of other restrictions to slow the spread of COVID-19 in Oregon. 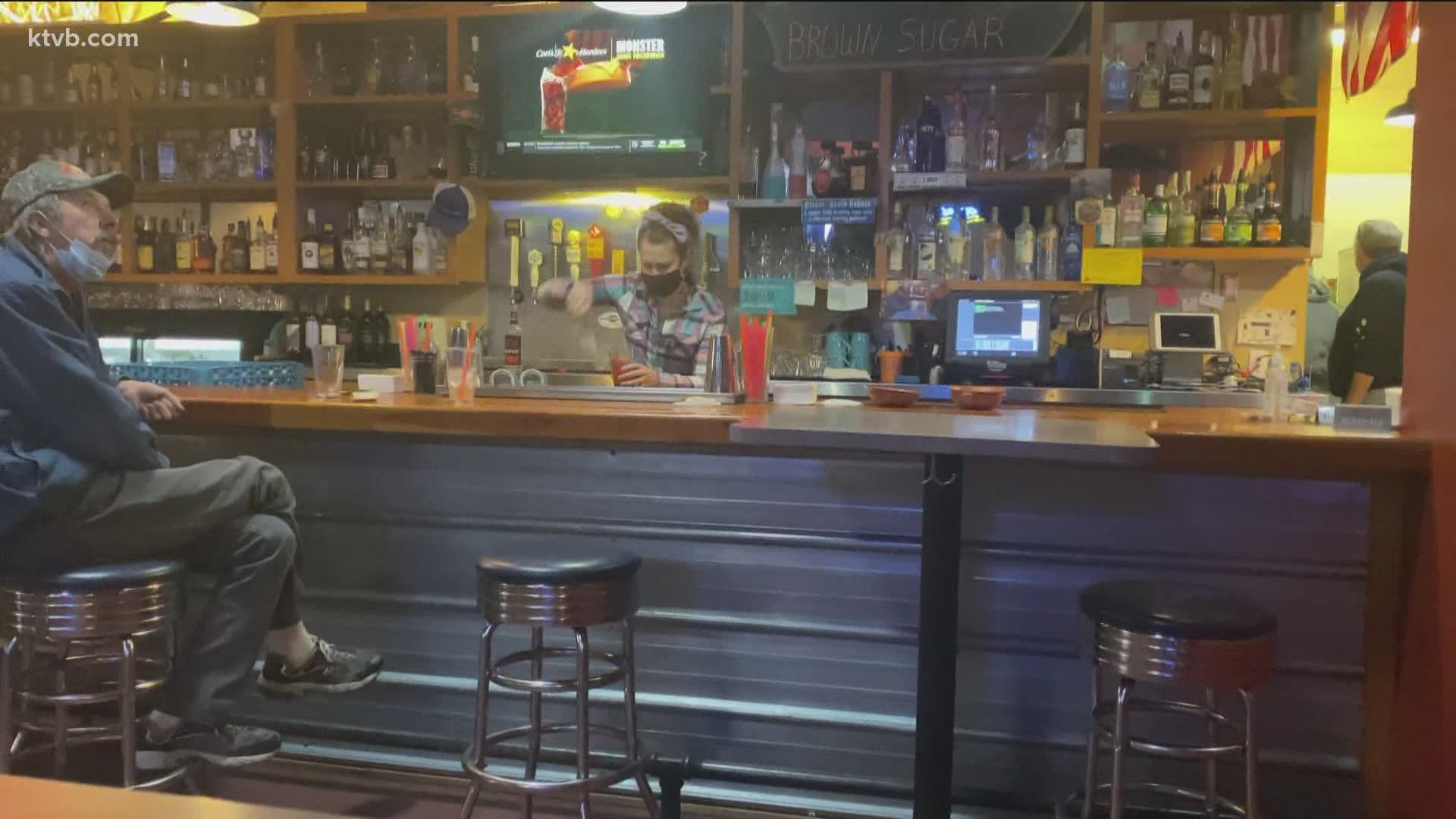 MALHEUR COUNTY, Ore. — Some businesses in Oregon won't be opening their doors on Wednesday in lieu of new COVID-19 restrictions.

Oregon Gov. Kate Brown issued a two-week freeze statewide to slow the spread of the virus. The restrictions will be enforced beginning Wednesday and will remain in effect until at least Dec. 2.

The measures include limiting social gatherings and closing off locations that are contributing to the increase of cases in the county. Additionally, restaurants must only offer takeout and delivery services.

All restrictions that will be implemented in Oregon can be found here.

Because of the governor’s order, restaurants like Brewsky’s Broiler in Ontario are closing dine-in service once again. Because of the restrictions, the restaurant was forced to lay off 16 employees, according to front of house manager Sara Lynch.

“Above all I think we're feeling a little frustrated and a little singled out,” she said. “We're wondering if all of this sacrifice actually doing anything. We want to help, we want to do the right thing.”

Restaurants across the state will have to resort back to offering takeout and delivery services only in order to stay afloat.

“That's certainly something we are a little bit worried about," Lynch said. "We are trying to be positive. We're just wondering if we’re going to see the same amount of love this time.”

During the first shutdown in Oregon, customers showed up to support local restaurants like Brewsky's, according to Lynch.

“We have really amazing customers out there, fantastic regulars and they’ve been super supportive of us this year,” she said.

Romio's Pizza and Pasta, located in Ontario, is also struggling this year due to COVID-19 restrictions.

“It’s been really uncertain and kind of hard to predict what’s going to happen, with COVID-19 especially," assistant manager Rylee Carrell said. "So it’s been hit or miss but we’re doing okay. We'll still operate our takeout and delivery so we will be okay there but it’s definitely going to be different.”

Carrell told KTVB the restaurant is working to keep everyone on their payroll, but they have to reduce hours to make it work. She is also optimistic the community will continue to show support.

“We survive pretty well on that and our community has been great as far as supporting us while in the shutdowns,” she said. “So, I’m not too worried about it but it gets a little tight at all.”

While the freeze is aiming to lower COVID-19 numbers across the state, Malheur County Health Department Director Sarah Poe wishes businesses didn’t need to be closed.

“I wish that it could've been done in a way that would have reduced the hardships that are already impacting Malheur County,” she said. “I know this is going to hurt a lot of our businesses.”

Some businesses, like Brewsky’s and Romio’s, were following the necessary guidelines and protocols to keep both employees and customers safe during the pandemic.

“I really empathize because I do think it is unfair,” Poe said. “Especially when there are businesses in our area that aren’t closed. That feels really unfair.”

However, she does believe the sacrifice could be worth it.

“I do think it'll help drive the numbers down, especially if people follow it to the full extent,” Poe said. “This is in response to a virus that has been killing too many people.”

The restrictions are being implemented where health officials in the state see the most community spread and where that risk is high given the setting. Businesses like restaurants, bars, and gyms are considered high-risk because people gather indoors and take their masks off.

“I would hope people really solidify their support for Malheur County businesses and families,” Poe said.

Meanwhile, the restaurant managers believe their businesses are unique, which will keep bringing the customers back.

“We’re a stand-alone restaurant, nobody has a menu exactly like ours,” Carrell said. “It’s harder to find something of the same quality with the same value.”

“Every day you're voting with your dollar on who you want to survive,” Lynch said.

Poe believes Malheur County could face these restrictions for at least a month because of the high numbers. Gov. Brown said that counties that have a high case and test positivity rate will likely remain in a freeze for at least two additional weeks.

“I would hope the public would care enough to save people’s lives, help get our businesses back open, and to get our kids back in school,” Poe said.