'We may mandate it': Idaho governor talks about masks on weekly AARP telephone town hall

The governor said he doesn't think mandating something is the best practice if not everyone complies. He is strongly urging Idahoans to wear a mask in public though. 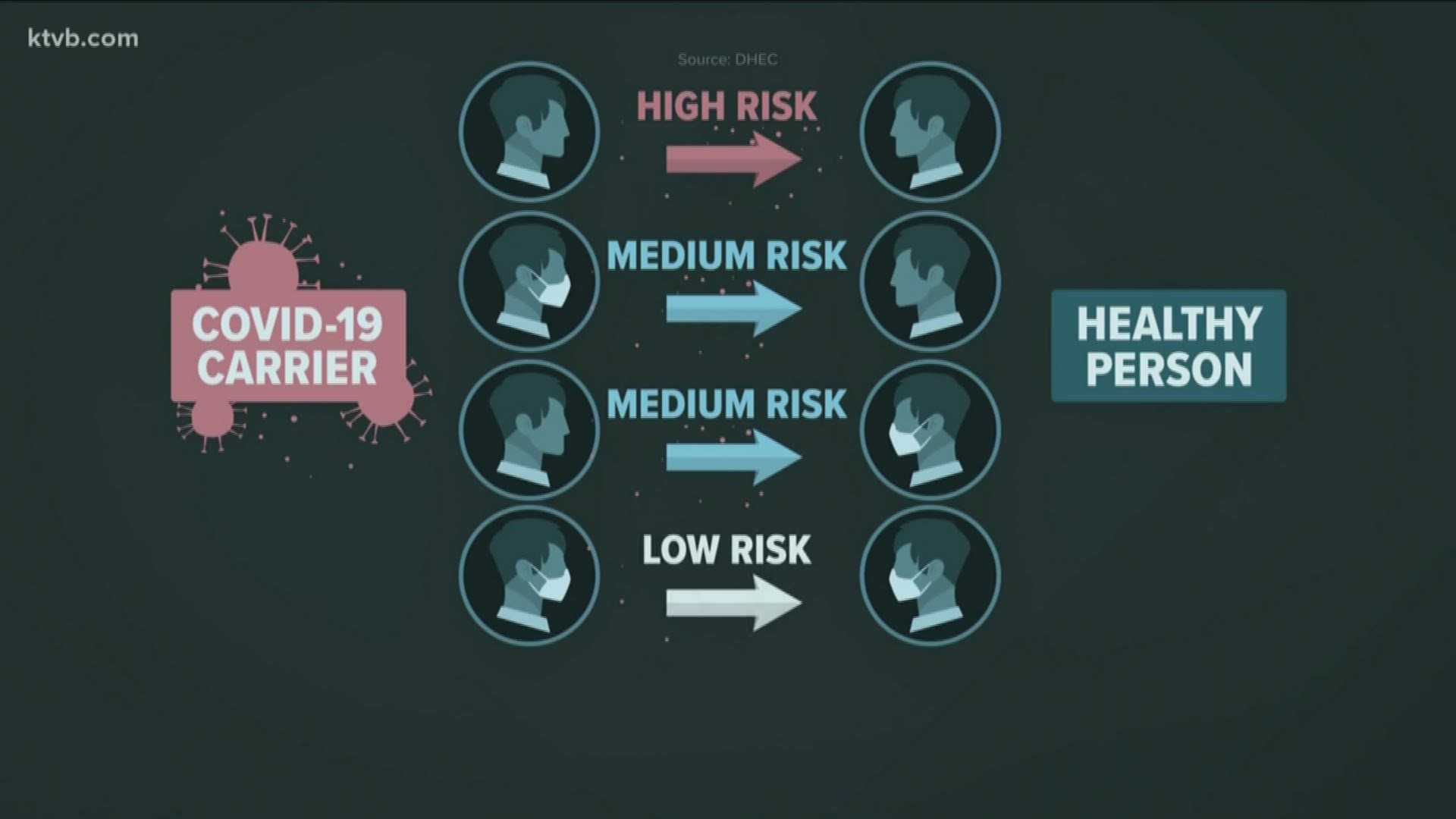 BOISE, Idaho — Fourth of July is a holiday where people gather - whether it be for a BBQ, to  watch a parade, or enjoy a fireworks show.

Something that might look different this Independence Day: people wearing masks.

Health professionals have said that wearing a mask can help slow the spread of COVID-19. The disease is mostly spread through droplets, and masks can help prevent droplets from getting out.

“It's the right thing to do,” Idaho Gov. Brad Little said. “You're not going to hear anything contrary from our administration from top to bottom other than wear a mask.”

Little has been urging Idahoans to wear masks for several weeks now. He continued to do that on his weekly AARP telephone town hall Tuesday afternoon.

“The hard part is getting compliance particularly in the areas where we have problems," he said.

“I just think it’s just maybe not the best practice to mandate something if you know nobody is going to do it,” he said. “They're going to say 'well we don't care; we're not going to do it.'”

He didn't entirely rule out the possibility of a statewide mandate though.

“If our numbers continue to go up, we're going to have to continue to emphasize and we may mandate it, but we really don't have the police force to enforce it,” he said.

Idaho Department of Health and Welfare Director Dave Jeppesen was also on the call. He also recommended people wear masks if going out this holiday weekend.

“I would just encourage you if you go to, wear a face covering,” he said. “That is probably the number one thing for those of you attending can do, practice that physical distancing regardless of where you are in that venue.”

The governor added that there are areas in the state where wearing a mask isn't necessary.

As for this holiday weekend, Little said if someone is going to be outside in the sun and six feet away from other people then they can probably go without a mask.

“It’s becoming more and more apparent that if you’re inside, the ventilation is not very good and you’re within six feet, particularly if you’re at a grocery store where you’re face to face with people, the necessity of wearing a mask is going way up,” he said.

RELATED: Boise bakery requires all customers to wear masks: 'It's a neighborly thing to do'

RELATED: Masks were questioned during the Spanish Flu pandemic too but wearing them was required in parts of Idaho