The National Orchestra of France pulled off the feat while playing alone in their homes. 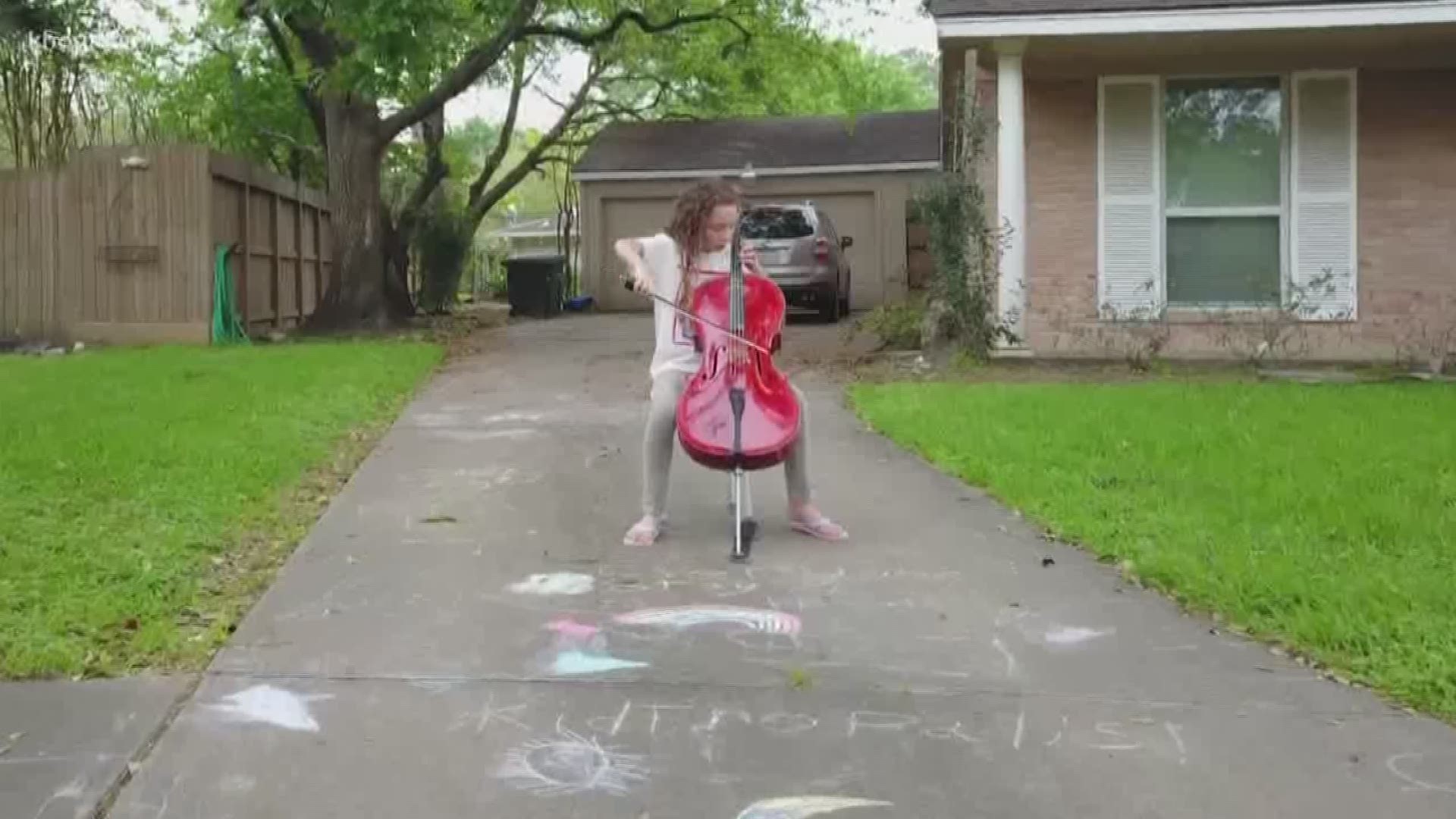 LE PECQ, France — Scroll down to watch the video of the performance

Look closely: The kettle drum player has a wooden spoon in one hand, a ladle in the other ... and doesn't even have his drums.

But, hey, cutting a few corners can be forgiven of an orchestra that managed the remarkable feat of performing “Bolero” while its musicians are scattered far and wide under coronavirus lockdowns.

Why? To send this message to music lovers: We are still here for you.

Like building a musical jigsaw puzzle, the National Orchestra of France used the magic of technology to weave together the sight and sounds of its musicians, who filmed themselves playing alone in their homes into a seamless, rousing whole.

Posting a video of their stitched-together performance on YouTube was a way of keeping in touch with each other and with audiences they sorely miss playing for.

“For us, the public is essential. Without the public, we don't really exist," said Didier Benetti, the kettle drum player.

The video posted Sunday has quickly racked up hundreds of thousands of views.

The performance starts with three musicians: a cellist, a violinist and a percussionist with “Stay home” written on his red drum.

A flutist joins, haunting, bewitching, seemingly playing in his lounge.

The musical tension and power builds as more and more join, until they are an orchestra of 50.

Benetti rearranged French composer Maurice Ravel's work, chopping it down from the usual 15 minutes to a more manageable and social media-friendly length of just under four minutes.

RELATED: Social Security recipients won't have to file tax return to get stimulus check after all

The musicians got their scores by email. They also got an audio track to listen to through headphones as they played. That audio included a previous recording of the music and the ticking sound of a metronome, to help them keep time and stay in perfect unison despite being scattered to the winds.

The musicians filmed themselves over four days in the final week of March. One violinist played outside, with a beautiful seascape as his backdrop. Most of the others filmed themselves inside, making the performance feel particularly intimate. No black tie. The clothes were casual, with open shirts, T-shirts, jeans.

Dimitri Scapolan, a video producer and sound engineer, burned the midnight oil to stitch together the musicians' self-shot footage into a remarkably coherent musical and visual patchwork.

For a smoother sound, Scapolan also blended in audio of a previous performance that the orchestra recorded before the new coronavirus turned the world upside down. France is one of Europe’s hardest-hit countries, with more than 57,000 confirmed cases and 4,000 dead.

When France went into lockdown on March 17, Benetti couldn't take his hefty kettle drums home. So unlike other musicians, he had to improvise for the video, enthusiastically pretending to bang two chairs in his living room with utensils he took from his kitchen.

Performing for the video was “very therapeutic,” but still felt like second-best compared to being all together on stage, Benetti said.

But isolation is having an unforeseen upside.

“We are starting to realize that we really need each other,” he said. “Music is sharing."