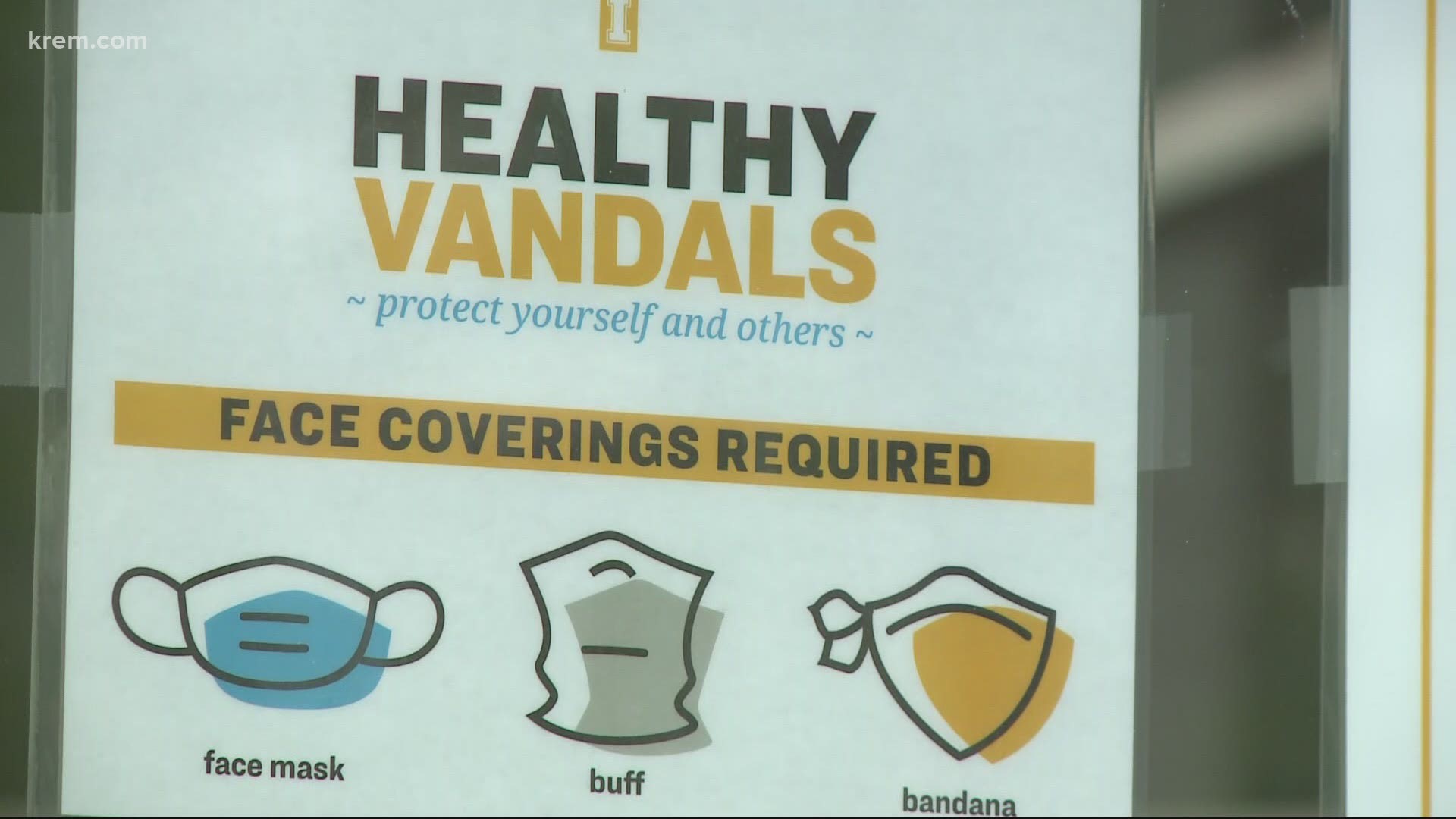 MOSCOW, Idaho — Wastewater testing helped officials at the University of Idaho identify a handful of coronavirus cases in two dormitories, according to a memo released on Monday.

Researchers in the College of Engineering are conducting wastewater sampling of eight locations on campus for early detection of COVID-19. The testing is one tool to help monitor on-campus residence halls and apartments, as well as Greek Row.

The Centers for Disease Control and Prevention says on its website  that sewage testing can provide information about trends to complement other data informing public-health decision making. However, it's not possible to "reliably and accurate" predict the number of infected individuals in a community based on sewage testing.

"We found a couple of positives that were in a dorm that we might not have otherwise found because they were asymptomatic," a school spokesperson told KREM's Taylor Viydo.

Meanwhile, UI says they haven't had to expel any students for gatherings/violations related to COVID-19.

Moscow Police say they've responded to 16 calls this month that were COVID-related, but haven't issued any citations. Department estimates 90% of people are wearing masks.

Recent reporting from multiple national media outlets, including The Washington Post and NPR, said testing wastewater at the University of Arizona helped storm a dormitory’s COVID-19 outbreak before it began.

Since May, the City of Moscow’s Water Reuse and Reclamation Facility has also participated in a nationwide wastewater testing program to monitor the presence of COVID-19.

Gritman Medical Center will be at the Student Recreation Center through Wednesday, Sept. 16, to test anyone who traveled over Labor Day weekend.

Since the university started its official coronavirus testing on Aug. 6, it has completed over 8,500 tests and the overall percentage of positive tests remains at 1.11 percent.

The university has housed a total of 31 students in its on-campus isolation area since testing began and currently has four students residing there. Green said the university has also confirmed 100% testing compliance from students living on campus.

Faculty members recently helped the university move more than 250 students from the list who still identified as needing to be tested, confirming that students have made alternative arrangements – including participation in their classes remotely.

Meanwhile, UI leaders say they haven't had to expel any students for gatherings or other violations related to COVID-19.

Moscow police say they've responded to 16 calls this month that were coronavirus-related but officers haven't issued any citations. The department estimates that 90% of people are wearing masks.