The Washington vs. Oregon State and Washington State vs. Oregon games will go on as planned this weekend, despite the two states' quarantine advisories. 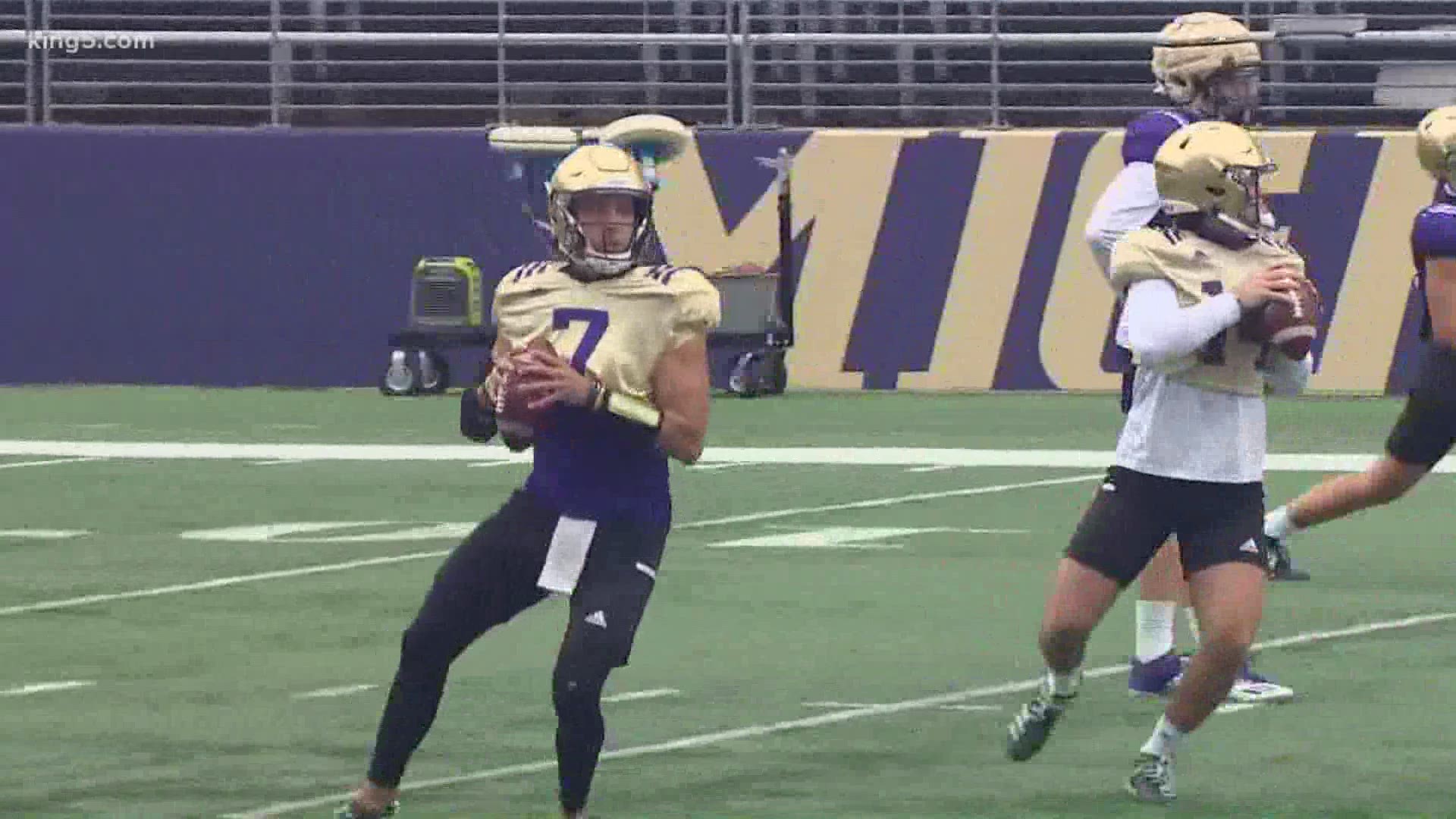 SEATTLE — The Washington State University and University of Washington football games will go on as scheduled, despite state advisories about interstate travel, and Oregon's mandate limiting group events.

On Friday, two different Pac-12 games were canceled because of COVID concerns, and UW was reportedly part of discussions to cancel, and host a game on Sunday.

However, as of Friday afternoon, it appears both games happen Saturday as scheduled with WSU facing Oregon at 4 p.m., and UW playing Oregon State at 8 p.m.

Brown took it a step further, instituting mandates regarding certain events and businesses starting next week.

She did not mention that two of her state's football teams crossing state lines to play in close quarters against Washington's two universities.

"Oregon’s Pac-12 teams fall under specific sports guidance with health and safety protocols that include a daily testing requirement. That guidance remains in effect and has not been changed, so Oregon’s football teams will still be able to travel to Washington this weekend. Likewise, Washington and California’s football teams will also be able to travel under those states’ travel advisories."

Inslee, who is expected to issue further guidance next week also did not comment on Friday, though his spokesperson Mike Faulk issued a prepared statement.

"These are recommendations, not requirements, so there is not an enforcement element to this. Collegiate sports are already governed by their own health guidance and will continue to follow those protocols," the statement said.