That will delay some vaccination efforts around the state. 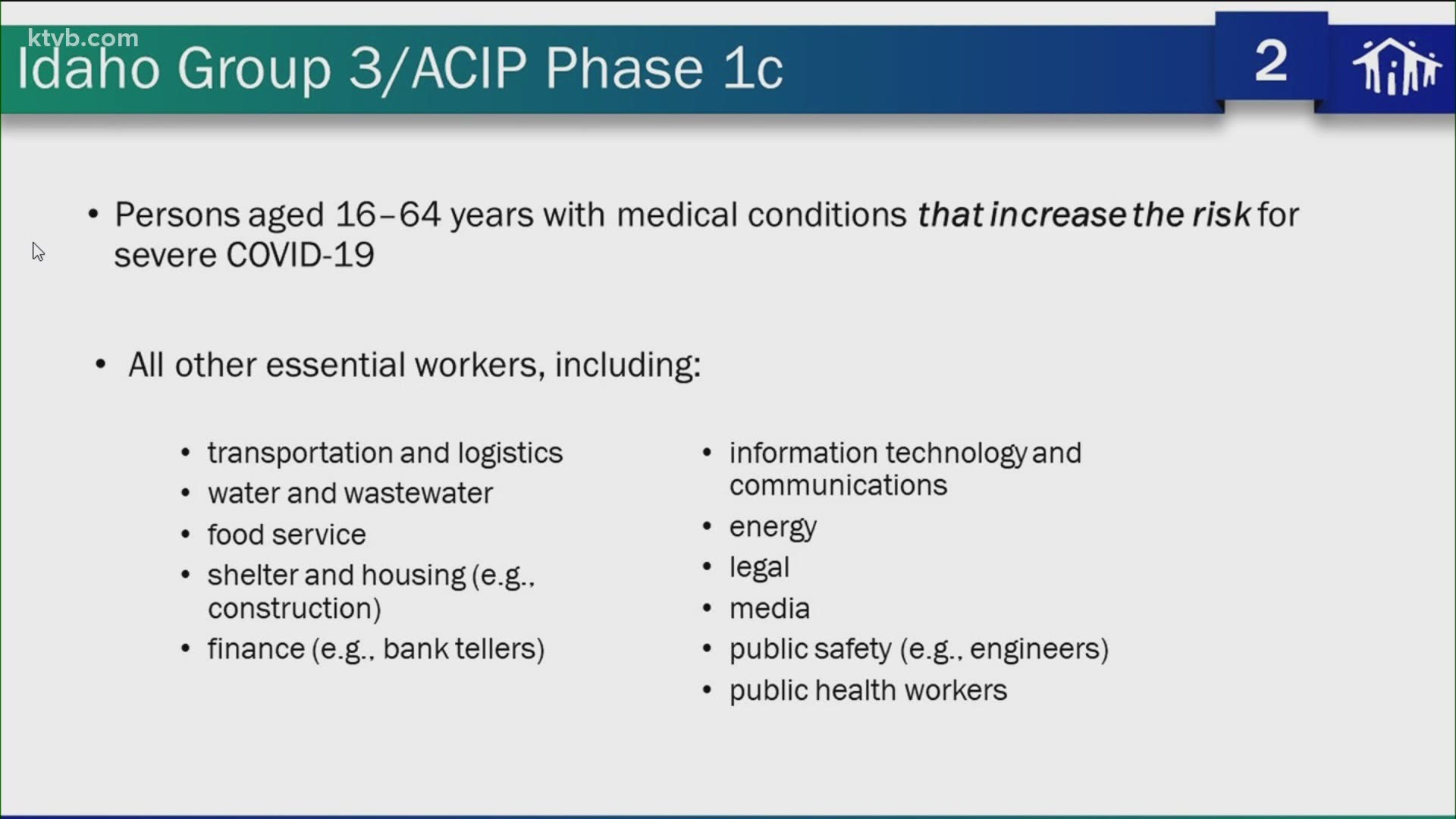 Public health officials say extreme winter weather across the U.S. has prevented any coronavirus vaccine from being shipped to Idaho this week, potentially delaying some vaccination efforts.

The news comes as Idaho Department of Health and Welfare officials also announced Friday that an Idaho man has been infected with a variant of coronavirus first detected in South Africa. The variant, believed to be more infectious and potentially more virulent than the strain already prevalent in Idaho, has been reported in 19 cases found in 10 other states so far. This marks the first time the South Africa variant has been confirmed in Idaho.

The man had recently traveled overseas and is thought to have been exposed before returning to Idaho, state Department of Health and Welfare and Southwest District Health officials said. Officials were working to identify people who may have had close contact with the infected man.

Public health officials are concerned about the South Africa variant because it contains a mutation of the virus' characteristic spike protein, which is targeted by existing vaccines. Two other variants — one first discovered in California and another in the United Kingdom — were also recently found in wastewater tested from several Ada County cities.

"We are not surprised to find this virus in Idaho" state epidemiologist Dr. Christine Hahn said in a prepared statement. "As we just learned from Boise City's wastewater testing program this week, variant strains have arrived in the state. We remind Idahoans to continue wearing masks, physically distancing, washing hands frequently, and staying home when ill. In addition to getting vaccinated when it becomes available for you, those actions are the best things we can do now."

Some Idaho residents may find their vaccination appointments temporarily postponed, however. Like many other states across the country, Idaho's shipments were delayed by harsh winter weather, Idaho Department of Health and Welfare spokesman Zachary Clark confirmed Friday.

That has some vaccine providers scrambling to make sure people can get their second shot on time. The second shots are necessary for recipients to be fully immunized, and they are supposed to be given within a strict time frame: five weeks from the first shot for the Moderna vaccine, and about three weeks after the first shot for the Pfizer vaccine. The U.S. Centers for Disease Control and Prevention has said that in extreme circumstances, the booster shots can be safely delayed, however.

St. Luke's will return the same number of doses to Primary Health once the weather improves and the delayed shipment arrives, said St. Luke's spokeswoman Anita Kissée. She said the hospital system appreciated Primary Health's willingness to "share this precious resource and to lend a helping hand."

Idaho's delayed doses were believed to still be in storage at the facilities where they were made, Clark said, and so officials don't believe there is any risk of spoilage.

State health officials have been holding daily weather meetings with the U.S. Centers for Disease Control and Prevention in an effort to determine when the delayed vaccine will make it to Idaho, said Sarah Leeds, the manager of the Idaho Immunization Program.

"We are really, really staying on it," Leeds told members of the state's COVID-19 Vaccine Advisory Committee Friday afternoon. "We know if we don't get shipments by Monday, a lot of our providers will have some significant appointments to reschedule."