The mobile vaccine team at Terry Reilly Health Services has given more than 10,000 doses of COVID-19 vaccines to some of Idaho's most rural residents. 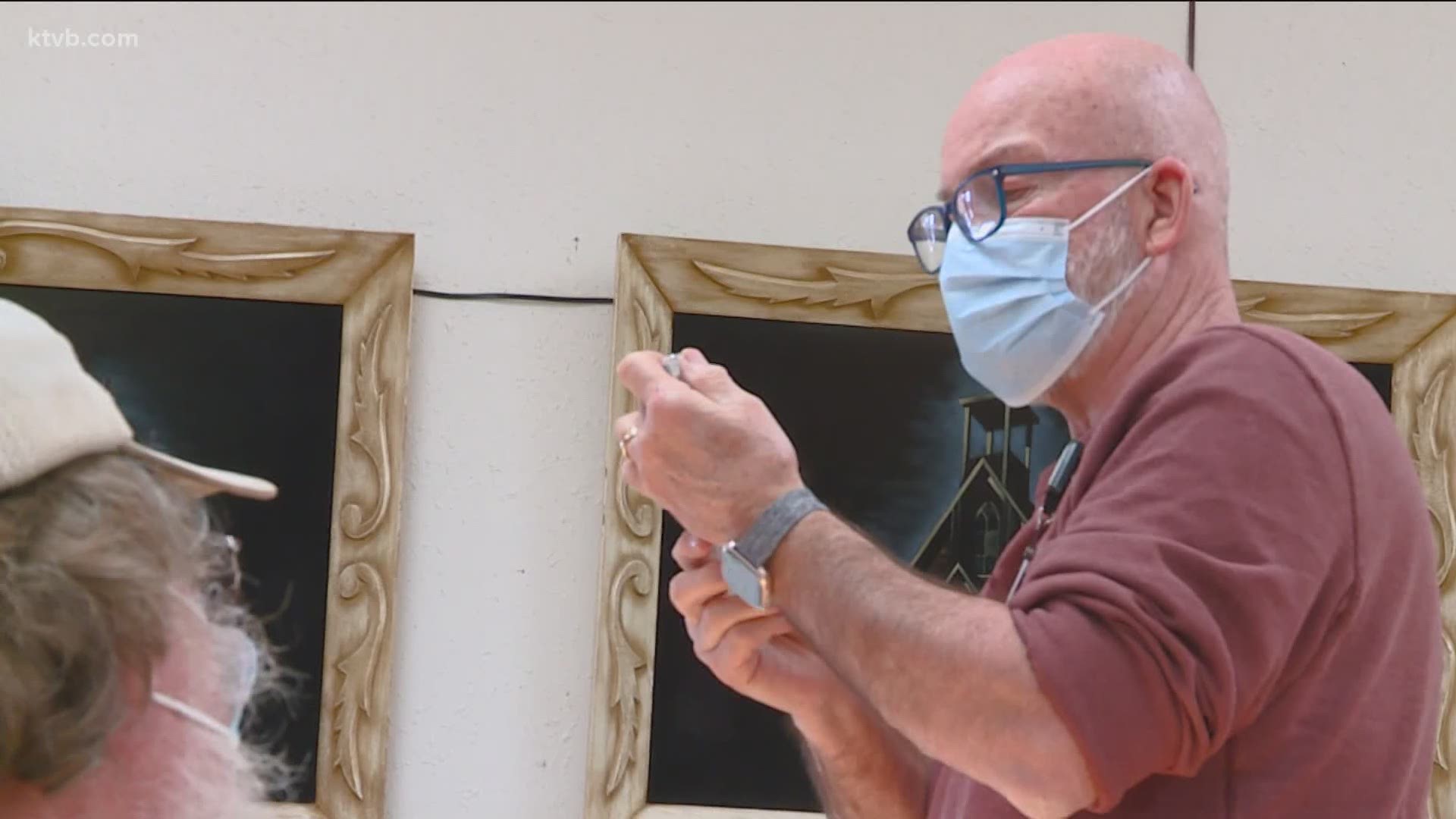 MURPHY, Idaho — Home to 97 people, the unincorporated village of Murphy, Idaho is the county seat for Owyhee County and one of the smallest county seats in the nation. With no health clinic or doctor's office in town, the closest one is a 45-minute roundtrip drive away.

In order to reach some of Idaho's rural residents, Terry Reilly Health Services sent its mobile vaccination team out to the Owyhee County Museum and Library to set up shop and offer vaccines to those who wanted it.

In all, about 50 residents of Murphy got a shot in their arm, more than half of the village.

"I wouldn't have done it otherwise. I would not have gotten the shot if they wouldn't have come out here," 66-year-old Paul Verhagen said. "Too much trouble. I hate going into town. There's a lot of us out here like that."

"We want to show them that they're equally as important as some of the folks we see in our bigger cities," Jesus Blanco, the outreach manager for Terry Reilly, said.

Out of Idaho's 44 counties, 34 are considered rural. The most hesitant group of Americans to the COVID-19 vaccines are rural, which holds true in the Gem State. And as demand for COVID-19 vaccines wanes across the country, reaching those who may be hesitant will be key in reaching herd immunity.

According to the Idaho Department of Health and Welfare, vaccination rates in Idaho's rural areas are falling behind those in urban areas. In small communities, it takes a smaller number of the community to decide not to vaccinate and seriously impact the herd immunity for the rest of the town and state.

Blanco explained improving access to the vaccine is key.

"You see a lot of laughter. A lot of folks are really excited about having someone really care for them to come out and give them a shot," Blanco said.

Since the pandemic began, Blanco and the Terry Reilly mobile vaccine team have traveled all over southwest Idaho, targeting the underserved.

"We've been out to the fields. We've been working with growers. We've been doing some vaccine clinics that are in warehouses, manufacturing plants, offices, schools and gymnasiums. It's really where are people and how can we get the vaccine to them," Heidi Hart, the CEO of Terry Reilly Health Services said.

In Wilder, Terry Reilly vaccinated more than 200 agriculture workers inside a warehouse where hops are usually dried. Later, at a second clinic, agricultural producers brought in another 300 laborers to get their shots.

In Melba, a town of 576 people, the senior center became a vaccine clinic.

"It's much easier for them to stop production or take employers off line and allow us to come into the place of employment. So there's really no transportation involved for employees so there's no downtime for employers," Hart said.

They've been to Symms Fruit Ranch in Caldwell, Go-Go Sqeez in Nampa, Community Council of Idaho in Caldwell and at Great American Snacks in Nampa, the company that makes onion rings for A&W and Applebee's, 40 employees were vaccinated just last week.

"Whether it's Homedale or Marsing or Wilder or Parma, we try to make sure vaccine goes to where people live," Hart said.

Since COVID-19 vaccines began rolling out, Terry Reilly has administered more than 10,000 doses of the vaccines.

In Murphy, after turning in some paperwork, Linda Sant was able to get a dose of the vaccine.

"I love that it's out here in the county, very convenient, and it actually felt like we matter," she said. "The local volunteer firefighters had sent out a notice (about the clinic). I just decided this was a good time. A very good window of opportunity."

Sant is now part of the 28% of Idahoans who are fully vaccinated.

The Idaho Department of Health and Welfare aims for 80% of Idahoans to be fully vaccinated to reach herd immunity. It's a long way to go, but it's possible, especially if providers reach out to all of rural and urban Idaho.

"I guess I feel a little greater sense of confidence. A lot more protection," Sant said.

Improving access is one component, persuasion is another. Hart said natural community leaders in these small towns have been incredibly instrumental in getting people out to these clinics.

"We have had a great deal of support," Hart said. "We have had what we call natural leaders in the community that have helped us organize, kind of a grassroots outreach into the community, to make sure people know about the event, that people have transportation. That they're helping us spread the word and schedule appointments."

People in small towns don't necessarily want to hear from big-city doctors and government leaders that they should get vaccinated. But if they hear it from someone they trust and know their friends have gotten vaccinated without serious side effects, they're much more likely to get one too.

"Not one person left behind," said Blanco.