Gov. Brad Little's announcement that teachers and school staff were being moved up the priority list came as a surprise to health and school districts. 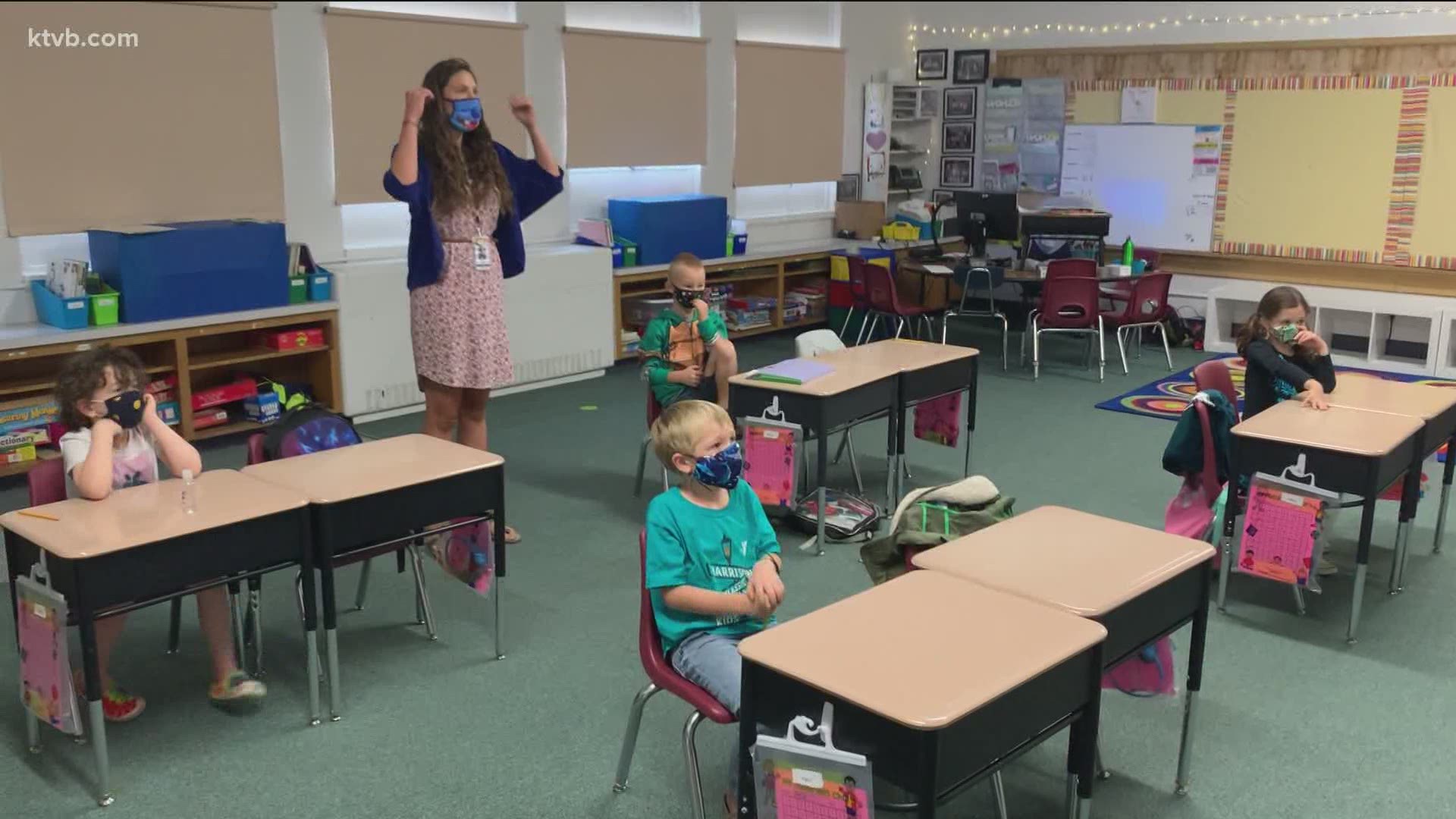 BOISE, Idaho — Excitement was accompanied by surprise throughout Idaho after Gov. Brad Little's announcement on Tuesday that school staff and teachers could start receiving the COVID-19 vaccine.

“We did anticipate this rolling out in February, so it was certainly a little bit of surprising news but welcome news,” West Ada spokesperson Char Jackson said.

It also surprised health districts. Neither Central District Health nor Southwest District Health was aware that the governor was going to announce that teachers had been moved up in the planned rollout.

“We weren't quite as maybe prepared to do that immediately, but we're shifting gears and doing the best we can,” SWDH Director Nikole Zogg said.

Health districts and school districts across the state are now working on plans to vaccinate the school staff who want it.

“I've heard from a lot of educators today about how excited they are to be able to have this opportunity to get vaccinated,” Idaho Education Association President Layne McInelly said. “So they can be back in their classroom.”

According to McInelly, teachers feeling safe and getting back in their classrooms will benefit the children for the rest of the school year.

“That in-person class learning experience, it’s incredibly important,” he said. “So, this is another step in the right direction.”

A crucial job is planning out the logistics. Jackson said teachers could make appointments with a provider on their own time, or it’s possible that a provider could administer the vaccine somewhere in the district.

Since the governor's announcement, West Ada has received a lot of phone calls from teachers and school staff.

“So, I think that tells us they are interested in getting it, and yes, maybe it will allow them to feel a little safer,” Jackson said.

As for the impact on school itself, Jackson said the district has a committee meeting to determine if grades 6-12 can return to full in-person learning this school year.

“We can imagine the vaccine and the vaccination rate of our staff will likely be one of the things on the list they will take a look at,” she said.

The planning process starts with the health districts. Southwest District Health is coordinating with districts across their region to figure out the best way to administer the vaccine to those who want it.

“One of the challenges, biggest challenge I think we face right now is not enough vaccine,” Zogg said.

Especially this week, the district only got 600 doses when it's normally been getting around 3,500. Zogg said they aren’t sure why their supply dropped so much this week.

Because school staff members are now being prioritized, this could mean vaccine doses go to them before others in Phase 1.

“I think that potential exists," Zogg said. "I don't think it can be avoided."

Zogg added that one of the best things teachers and school workers can do is to check with their administration when it comes to scheduling a vaccine appointment.

It's possible the district is working on getting a vaccine clinic brought to the district at a central location or working with local providers to schedule appointments. This, of course, will vary district to district.