Members of Group 7 in Phase 1B will be eligible for vaccination April 5, two weeks earlier than initially planned. 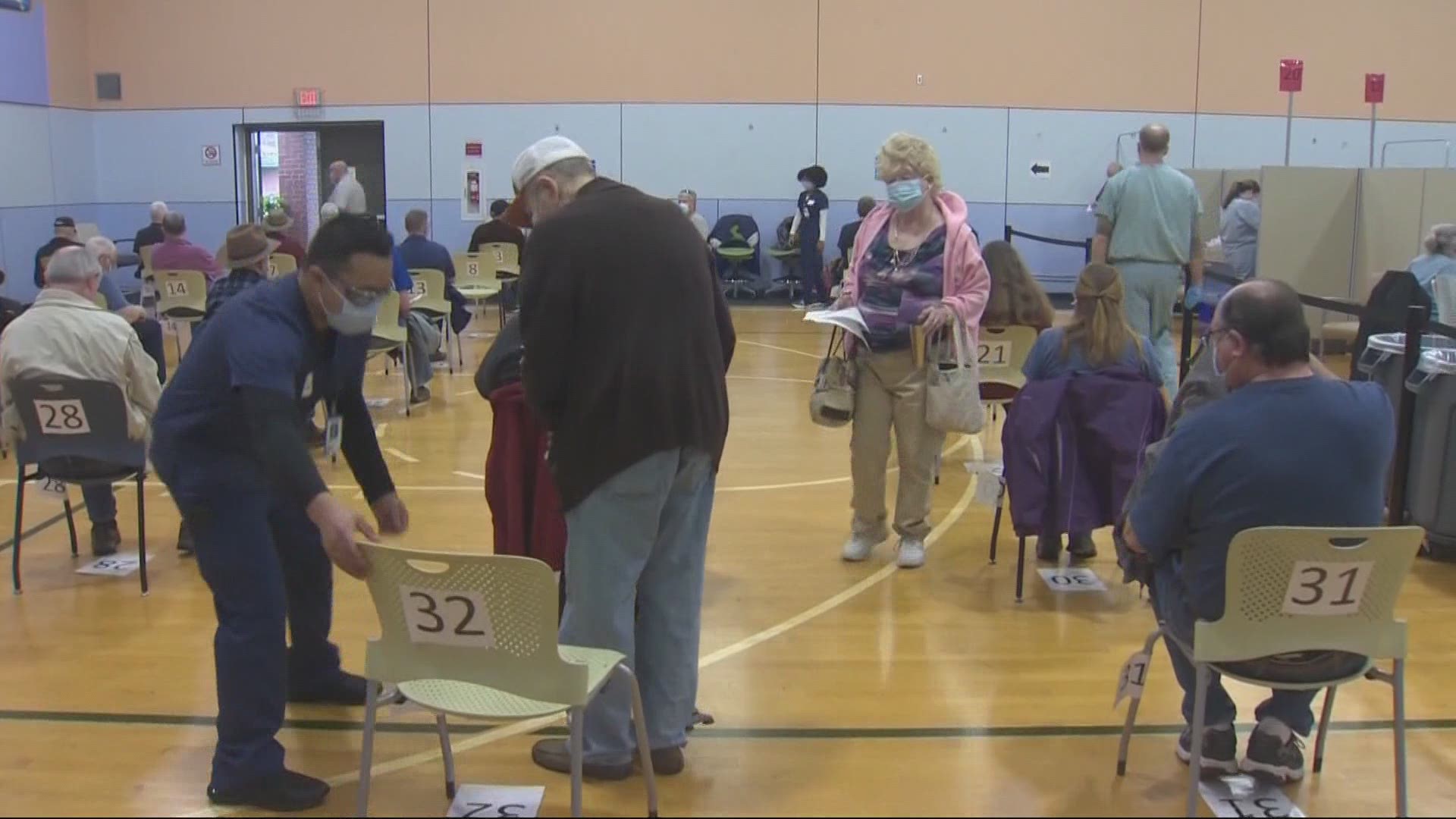 PORTLAND, Ore. — Oregon Gov. Kate Brown on Friday announced the state will accelerate its vaccine timeline for front-line workers and people 16 and older who have underlying health conditions.

The change in eligibility is due to increasing vaccine doses from the federal government and because of progress counties and health care providers have made vaccinating seniors, according to a news release from the governor’s office.

On Monday, April 5, all people in Group 7 of Phase 1B will become eligible for vaccines. The date is two weeks earlier than previously planned.

Here’s who is eligible in Oregon’s updated timeline:

All Oregonians over the age of 16 will become eligible for vaccination no later than May 1.

Counties can apply with the state to make everyone eligible a little earlier on April 26.

"We’ll ask counties to include an attestation that they are ready to move forward and to document their efforts to vaccinate previously eligible populations and that they expect to have appointments available to expand sooner than May 1," OHA tweeted.

Applications are due April 15, and the state will decide which counties are approved April 22.

"Everyone who is 16 years or older will continue to be eligible to get vaccinated on a statewide basis on May 1, as we announced last week, with one new change: Counties may open to all residents on April 26th, based on an application."

In the past week, 22 Oregon counties have begun vaccinating Oregonians in Group 6 of Phase 1B after attesting to largely completing senior vaccinations.

“With so many counties across Oregon ready to begin the next phases of vaccination, I am accelerating our vaccination timelines statewide rather than proceeding county-by-county,” said Brown. “And, with increased supplies, expanding eligibility will allow health care providers and community-based organizations to be more efficient in their efforts to vaccinate hard-to-reach communities.”

Allen said Oregon will have enough doses by the end of May to vaccinate all eligible adults. By early June, he said the state would have the capacity to administer those doses.

"What we don't know is how many of those Oregonians will want a dose," Allen cautioned.

OHA said demand has plateaued in some counties that have reached about 80% of eligible populations. Allen said vaccine hesitancy is a challenge.

However, health officials noted Oregon's overall COVID positivity rate is 2.2%, low in comparison to most states. They praised Oregonian's for continued social distancing, using masks and getting vaccinated.