Oregon has delivered 187,575 doses of the COVID-19 vaccines but only 38,698 people have been given the first dose of the vaccine. 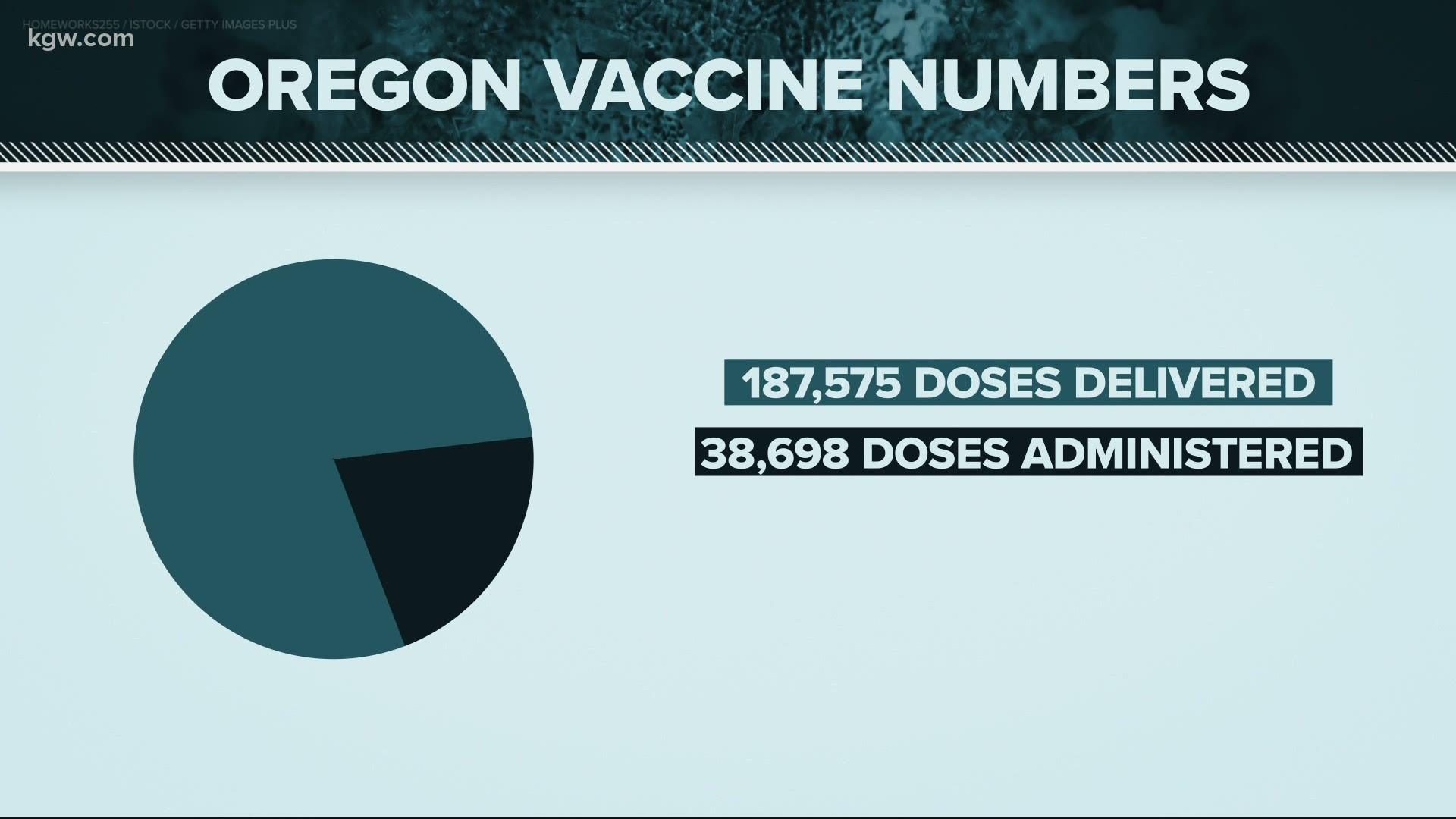 PORTLAND, Ore. — New numbers from the Oregon Health Authority show the state has delivered 187,575 doses of Pfizer and Moderna vaccines but just 38,698 doses have been administered as of Dec. 31.

"It's not easy because we're, it's almost like building the ship as we're going down the stream," said Dr. Joe Sullivan with the Oregon Health Authority.

Sullivan helped come up with the state's plan to roll out the vaccine. He said once the vaccine is sent to facilities, it's up to them to get shots in arms. He listed several reasons for the delay in administering the vaccine including:

"I just heard yesterday of one hospital that was going from 500 a day to 2,500 a day," Sullivan said. "So, I think the numbers going forward are going to be much, much better once we get past these holidays."

The state's own dashboard shows less than a dozen shots were administered on Christmas.

"Of course, we at OHA want as many vaccines in arms as possible," said Sullivan. "I will tell you that I've been communicating with hospitals, and I know the pharmacy partners who are working in skilled nursing facilities tell us that they are working as fast as they can."

It's important to point out this is happening in other states, too. State health agencies have had to handle the distribution of personal protective equipment (PPE), contact tracing, testing, and now, the vaccine.

But, a new report by Bloomberg, shows Oregon once again near the bottom of the list when it comes to administering the vaccine.

"And I think that you and others in Oregon will see our numbers increasing quickly over this next couple of weeks," Sullivan said.

Do you have a story idea for Cristin? Let her know. Email her at CallCristin@kgw.com