'Trying to honor her': After losing grandmother to COVID-19, Oregon woman vows to help seniors get vaccinated

An Oregon woman is doing what she can to break down the technological barriers that may challenge seniors trying to make an appointment to get vaccinated. 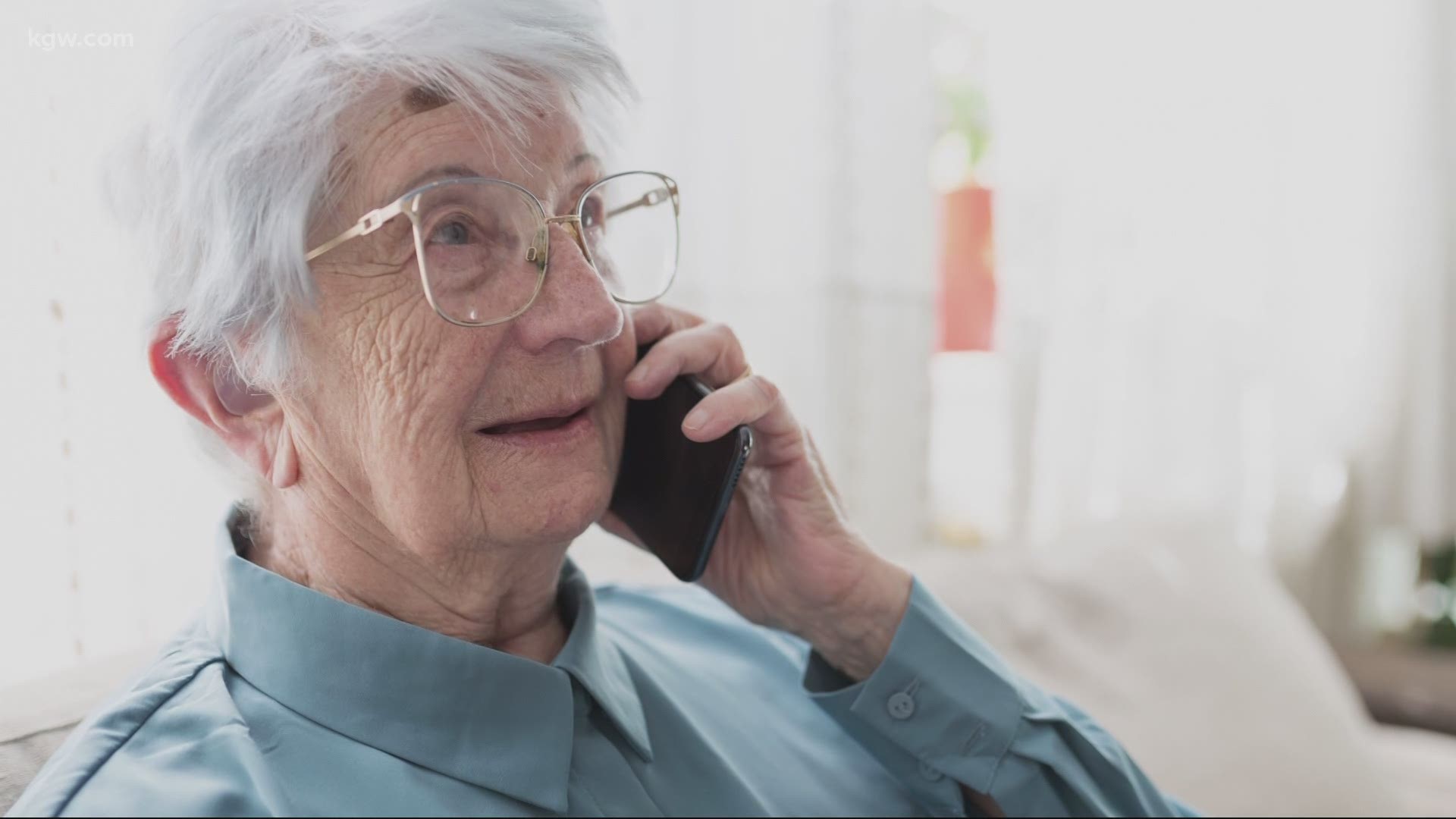 PORTLAND, Ore. — When Monday’s window for booking vaccine appointments opens, it will put tech and computer skills for Oregonians, 80 years old and over, to the test. That is, assuming they have computers at all.

Elizabeth Kennedy-Midkiff can only think about how overwhelmed her grandmother would have been.

“She was 95, had never had a computer and didn't know how to use a computer,” she said in an interview Friday.

Adding to her struggle with technology, Patricia Grinnell was deaf when, in December, she passed away at an assisted living facility in Hillsboro. She’d been diagnosed with COVID-19 that same day, Kennedy-Midkiff said.

“It was really, really hard the first few days,” she said. “And then I think right now, my family and I, we've just been trying to honor her.”

For Kennedy-Midkiff and her husband David, that now means turning their attention to people Patricia's age who are eligible to get the vaccine starting next week. Kennedy-Midkiff knows all too well how overwhelmed many of them are snagging an appointment online.

RELATED: What seniors 80+ should expect before getting the COVID-19 vaccine in Oregon

This week, the couple went old school, drawing up flyers to pass out to seniors in their neighborhood. On it, they'll write their name, phone number and how they're willing to help: perhaps by helping a senior register for an appointment or driving them to it. They're encouraging friends, family and anyone else to do the same.

“We're just trying to help and do a small piece,” Kennedy-Midkiff said.

Local nonprofits who work with seniors also know how anxious that population is about duking it out for appointments online.

“We're getting lots of calls and questions to our volunteers,“ said Suzanne Washington, CEO of Meals on Wheels People.

The decades-old nonprofit delivers hot meals to homebound seniors, many of whom have started asking those making the deliveries if, come Monday, they can help them sign up for an appointment. Washington said Meals On Wheels is weighing starting a program to do just that.

Demand is so high, she met Thursday with representatives from Washington County Public Health, TriMet and other groups. They talked about setting up a phone number seniors without internet access can call and leave a message, prompting someone to call them back and book an appointment for them. A spokesperson for Washington County said officials hope to have that up and running next week. Washington said they also talked about organizing transportation, to help seniors get to and from appointments.

“We are researching options for our LIFT paratransit service to potentially help seniors and people with disabilities who do not have other means of transportation to get vaccines,” said Tia York, public information officer for TriMet. “However this is in the early stage of the vaccination effort and nothing has materialized just yet.”

Washington noted officials believe they have time, given the ongoing shortage of vaccines. That said, she said everyone at that virtual meeting agreed on one thing.

“If [the signup process] all stays online, it's going to be extremely difficult,” she said in an interview Friday. “We've been doing tech projects with our older adults for a couple of years now, and it is super challenging for many of them.”