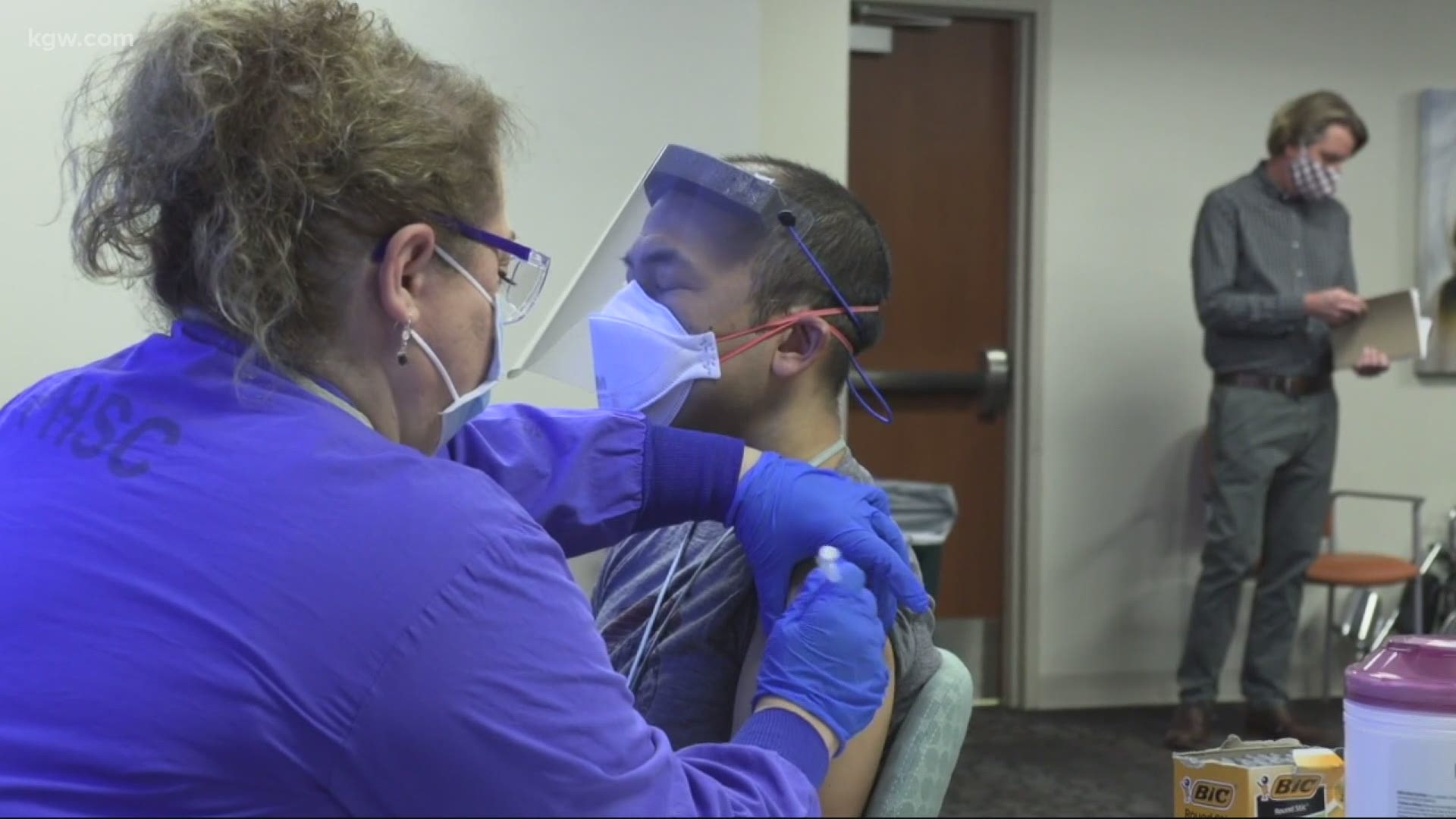 According to federal and state data, Oregon is still one of the slowest states when it comes to the percentage of vaccines used. Brown and Allen said the process is going too slowly.

“OHA is working with health care providers, pharmacies, and local public health partners to achieve that goal," Brown said. "For example, hospitals like OHSU, have stepped up to help vaccinate harder-to-reach front-line workers, such as our home health care workers, behavioral health and other local providers, and first responders."

500,000 healthcare workers in Oregon’s 1a category are first in line to get vaccinated. Brown said teachers will make up part of the group 1b.

Allen was asked in Friday’s news conference about Oregon’s 27-member COVID-19 Vaccine Advisory Committee. The committee will help the state decide on who else will be in group 1b.

The committee, made of people from marginalized and underrepresented communities, met for the first time on Thursday. It took an hour and a half to introduce themselves and no decisions were made on the status of who to officially include in the rest of groups 1b or 1c.

Allen was asked during the news conference why the committee didn’t meet until now.

“We’ve already prioritized half a million Oregonians that we’re working our way through now in phase 1a and then moving on through education and early learning employees," he said. "Information about the vaccines at a detailed level has been in serious flux. We elected to do the advisory committee a little later so it could do its work based on better information."

"We need the input of these committee members to help us identify and properly communicate with communities they serve—communities that have been so hard hit by this pandemic and have sadly carried the burden of disease and death from COVID-19. We cannot and should not do that on our own—we are not the experts on those communities; our community partners serving on the committee are, and that’s why we’ve asked them for this commitment to be a part of the VAC."

Allen said the committee will recommend the rest of the priority groups by the end of January.

Do you have a story for Cristin? Email her at CallCristin@KGW.com.