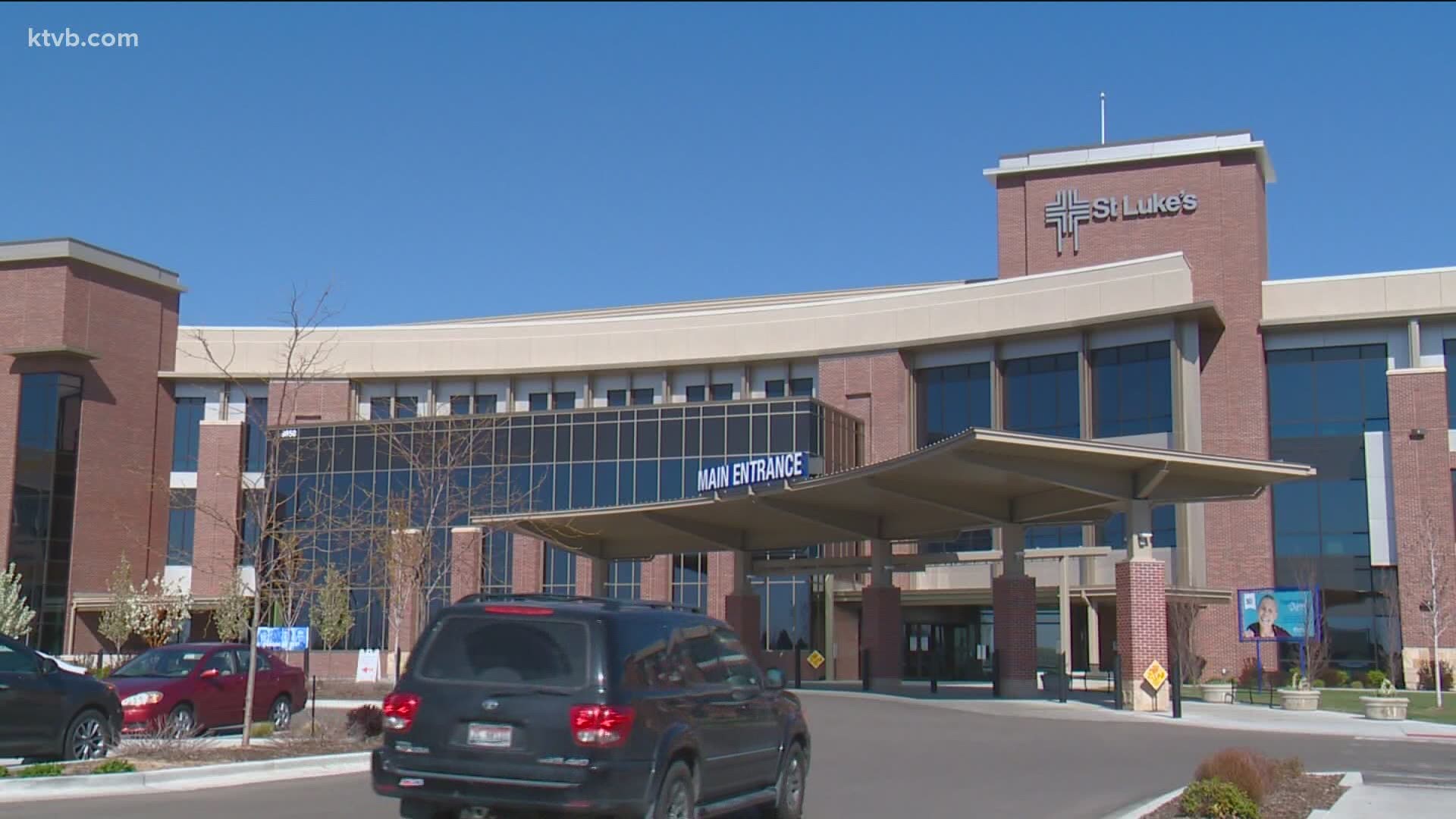 BOISE, Idaho — Major healthcare providers in Idaho are no longer making the decision to become vaccinated a choice for their employees. St. Luke's Health System, Saint Alphonsus Health System and Primary Health Medical Group all announced on Thursday that the COVID-19 vaccine will become a requirement for their staff.

The medical organizations said the decision comes down to the safety of employees, patients and the community.

"We do feel as a national health system this is the right thing to do," Odette Bolano, the president and CEO of Saint Alphonsus Health System, said.

All three of the medical providers had already high vaccination rates before the announcement. At the beginning of June, KTVB reported Primary Health and Saint Alphonsus medical teams had around a 70% vaccination rate. St. Luke's, the state's largest private employer, was sitting at 80%.

This requirement stretches to all employees, medical or not. However, not everyone is happy after hearing the news and some took to social media on Thursday, with many claiming the decisions take away employees' rights.

"We must have the right to choose to take this experimental vaccine and not be forced," wrote Charlene Weigel on Facebook. "This is so wrong!"

"Maybe I don't want to go there to have my baby. Might be time to switch," posted Stephanie Stanton on Facebook. "I won't support a facility that doesn't support personal freedom."

One St. Luke's employee told KTVB on Friday that now because the COVID-19 vaccine is a requirement, they're concerned for their jobs.

"There's been enough evidence and study on flu or cancer or whatever to know what's going on and what you can use to treat it," Patrick told KTVB. "But this has been so rushed and politicized that a lot of people are worried about it. And me myself, I don't want to take it because I'm worried about my health."

Others on social media were happy to hear the news and believe the decision to be a 'no brainer.' Some said it was good to hear they could feel safe taking themselves and their families in for medical care.

Medical professionals in the Treasure Valley agree that this is the correct move to make.

"I think it gives the patients and the community confidence knowing that if they go into a health system that they can feel safe and know that the people taking care of them aren't going to pass on covid to them," said Brad Bigford, owner and nurse practitioner for Table Rock Mobile Medicine.

Bigford said hearing the news Thursday got him excited. He added that getting more people vaccinated is the only way the world will be able to get out of the pandemic.

"This is the next step in the process," Bigford said.

Good on St Als. They’re doing what they feel is necessary for their patients and employees. If a current employee doesn’t like it, they have the choice to leave. https://t.co/w0KD7p0hDN

While Bigford never required his employees to get the vaccine, he said he didn't have to. All of his staff were able to get vaccinated as soon as they could.

"We are more at risk so we need to be vaccinated and show the community that we're willing to take it," Bigford said.

He does not believe the new requirement at these health systems are taking away anyone's rights because they're choosing to work there.

"Go somewhere else that doesn't mandate it," Bigford said. "We see the news unfolding that there's not a lot of [medical] places in the Valley because it's that important.

Bigford acknowledged that the vaccine debate will never be solved, but he hopes these announcements could be enough to get someone on the fence to sign up for a vaccine.

"Hopefully the average citizen sees this and thinks, 'Well if St. Luke's and Als is mandating this and makes it an importance to their employees then maybe it's good enough for me,'" he said.