How the COVID-19 vaccine rollout differs in Idaho and Oregon

Oregon is now offering the vaccine to people that are 80 years and older. 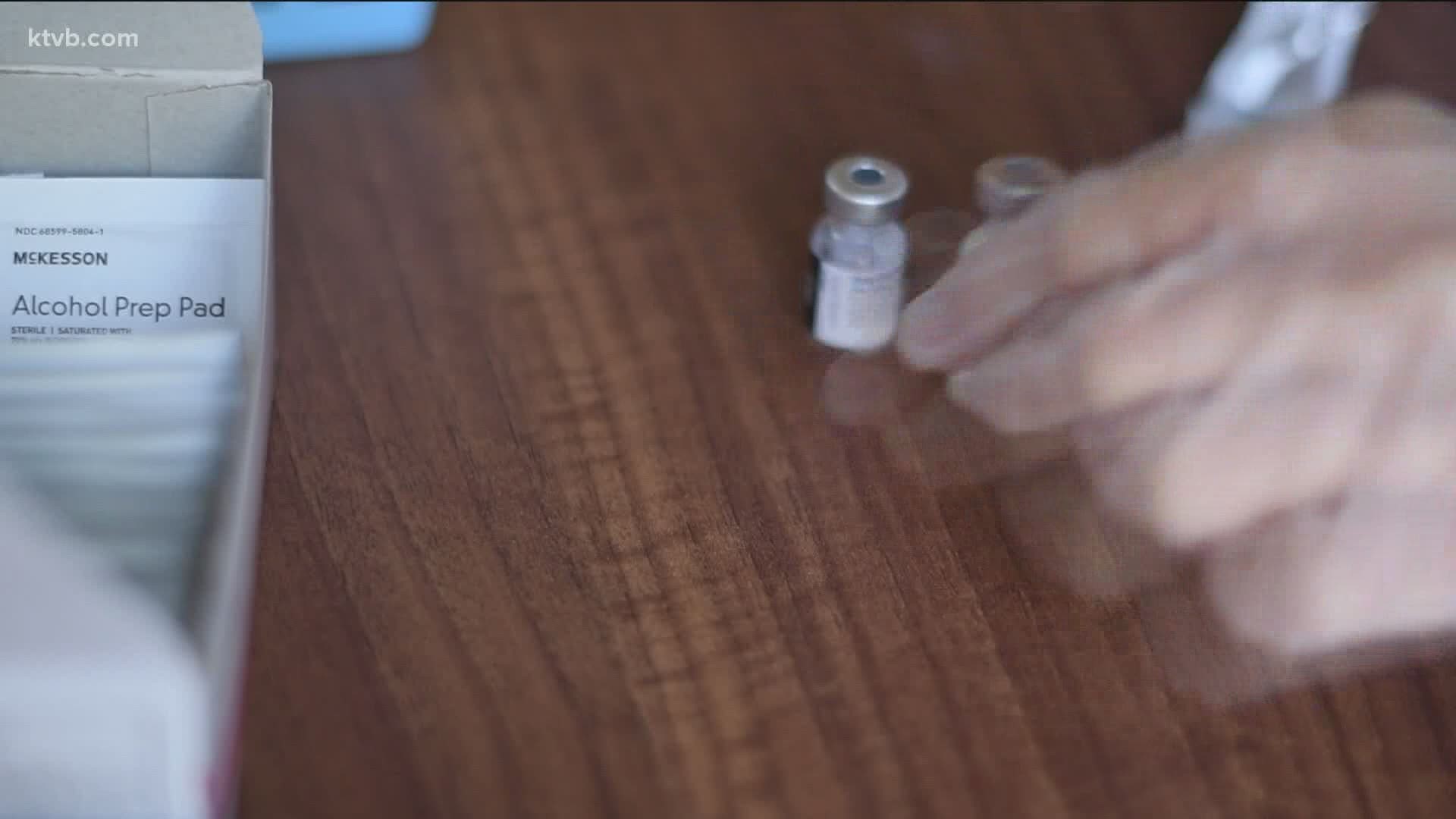 The rollout procedures for the COVID-19 vaccine varies from state to state. Today we compare how Idaho and Oregon's plans differ.

Oregon is rolling out its vaccine a bit differently than Idaho is.

Oregon is taking what some call baby steps, while Idaho is doing it in chunks.

The Gem State opened up its rollout plan to those 65 and older last week.
About 270,000 Idahoans are 65 and older (nearly 15 percent of the state's population) and vaccine appointments went very quickly.

Idaho's next phase is set to begin in early April. That's when food and agriculture workers, grocery and convenience store, food pantry workers and USDA processing plant inspectors, can get theirs.

Later in April, Idaho hopes to vaccinate other essential workers and people aged 16-64 with health conditions that make them high risk.

They hope to open it up to the general public in May.

Oregon, meanwhile is in what they call Group 2 of Phase 1B. That is those 80 and older, they are eligible starting Monday, Feb. 8.

Those 75 and older become eligible next week. 70 and older the week after.

And by the first week of March, Oregon plans to make the vaccine available to everybody 65 and older.

But unlike Idaho, correctional staff have not been vaccinated yet. And it's still unclear when they will get it.

On the state's official COVID website, Oregon says those who have not gotten the vaccine will be grouped together.

The state's vaccine advisory committee will determine who is in those groups.

The state says they will likely include essential workers, those with underlying health conditions, people in prisons and jails and staff members.

General population is likely to be the last group vaccinated, but the state does not have an estimate of when that will be.

They also make it clear, as has the State of Idaho, that these groups and dates can change.

Central District Health tells us that many providers are prioritizing those 80 and older and those who are at higher risk right now.

They say each provider in their jurisdiction has established pathways they are using for scheduling appointments and their individual websites each include similar wording.