Idaho health officials say there have been fewer than 100 cases in which fully-vaccinated people still caught the virus. 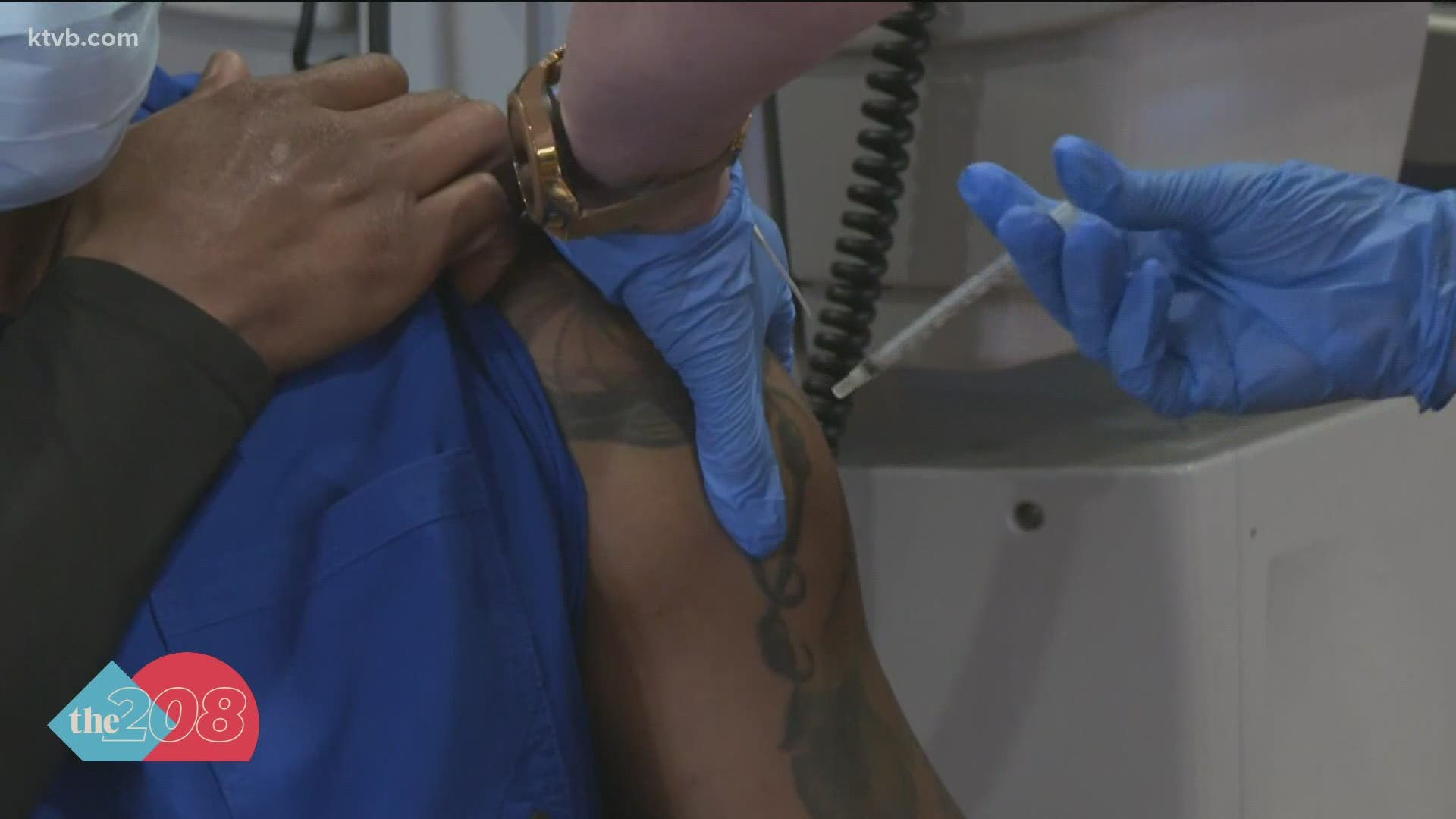 BOISE, Idaho — As new COVID-19 variants become more prevalent in Idaho, many wonder how effective current vaccines are against them.

But what is still to be determined is just how effective they are at fighting off the various new strains of COVID-19.

Idaho health officials say there have been fewer than 100 reported cases of "vaccine breakthroughs" - that is, cases in which someone has been fully vaccinated and still caught the virus, or a variant of it.

The Idaho State Laboratory looks for cases of vaccine breakthroughs when screening for variants.

“What we are most interested in is any suspect vaccine breakthrough cases which would indicate that you may have a variant that has the ability to evade the immune response,” said Dr. Christopher Ball, director of the Idaho Bureau of Laboratories. “Those are the folks we're definitely wanting to get those samples in to see if there's some sort of variant in the community that has shown reduced efficacy with the vaccine.”

In a media briefing on Wednesday, Idaho Department of Health and Welfare Director Dave Jeppesen said that the statewide number of vaccine breakthrough cases is low, especially considering that nearly 250,000 people in the state have been fully vaccinated.

“We have always expected that there would people who got vaccinated who would still contract COVID," Jeppesen said. "That was the case in the clinical trials, again, a very small number and that's been the case here in Idaho.

"We must emphasize it is a very small number, certainly under a hundred," he added.

Saint Alphonsus has had three cases of vaccine breakthroughs. Executive Medical Director Dr. Patrice Burgess said all three patients were fully vaccinated and still contracted either COVID-19 or a variant of the virus.

“It’s not surprising that we are seeing a few cases of people that have been vaccinated but turn up positive," Burgess said. "Fortunately, the ones I am aware of have all been mild cases which is what you would expect."

Two patients were female, one was a male, and all were under the age of 65 and in relatively good health, according to Burgess. Although the number of these types of breakthrough cases is low, it's still something Idaho health experts hope to see none of.

“That's your worst fear, is you roll out this miraculous vaccine and then it becomes less effective,” Burgess said.

Breakthrough cases are not unusual, simply because there is no vaccine that is 100% effective against any virus and all possible variants.

“The cases we have seen are very small and the illnesses are very mild so we still feel like these vaccines are doing a great job of keeping people out of the hospitals and keeping people from getting seriously ill," Burgess said. "But that is your fear is if the virus continues to have more and mutation and variants, which we know is what viruses do, that at some point, it could become a problem and so the biggest defense against that is to reduce the spread now before that happens."

Burgess said mRNA technology, which the COVID-19 vaccines are based on, is very amenable to adjusting for variants, so it is possible that the industry may introduce a periodic booster.

“It’s very similar to the flu shot, the annual flu shot," Burgess said. "What they do is they look at the prior season, and what flu strains were prevalent and then that's how they make the new flu shot for the next season and its usually pretty good, it's not perfect, and that's the same process.