The students explained how scientists used SARS and MERS research to develop the vaccine quickly and what makes mRNA vaccines different than other kinds. 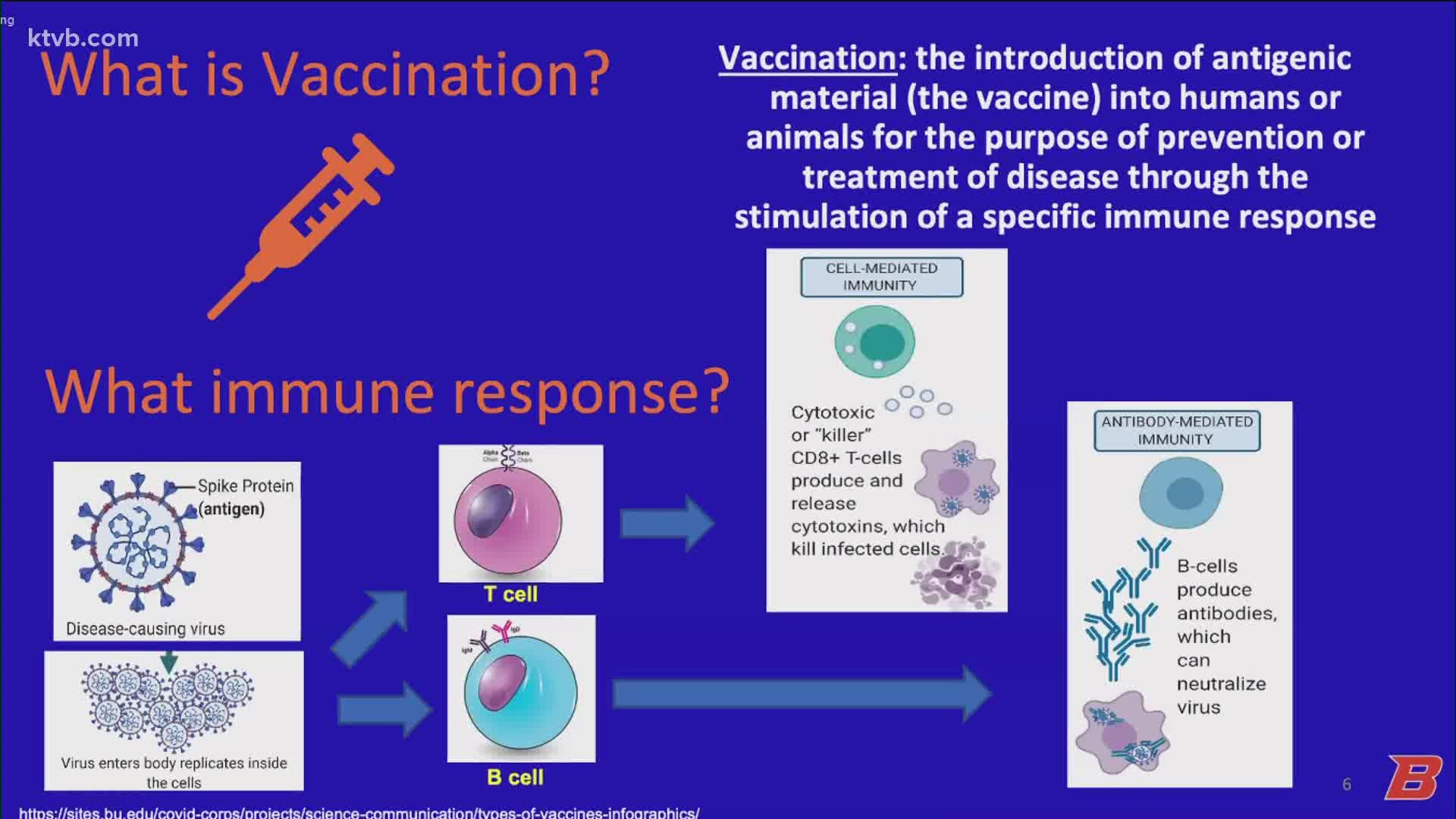 BOISE, Idaho — A group of Boise State University students held a webinar to address common questions and concerns about the COVID-19 vaccines on Tuesday afternoon.

Elise Overgaard, a Ph.D. student in Boise State's biomolecular science program, addressed how quickly the mRNA vaccines were developed and authorized for public use.

She explained that vaccines and medications generally go through multiple layers of narrowing requirements, like an inverted pyramid. First, basic research is done to identify a broad problem. It then goes through a drug discovery stage, where scientists actively brainstorm how to solve the problem and come up with ideas of what a vaccine could look like.

Vaccines and drugs are then tested on animals in the preclinic trial stage in order to make sure it creates an immune response. If it passes, it goes to clinical trials and is tested on human volunteers.

The reason the COVID-19 vaccines were developed so quickly was that scientists had already done much of the work needed on SARS and MERS, two similar viruses to COVID-19, according to Overgaard. By the time the coronavirus was declared a pandemic, researchers had nearly 20 years of work to build upon.

"So with these COVID vaccines, we really lucked out and had a major body of basic research and drug discovery and preclinical research already completed. We literally had decades of work that scientists have been doing on those SARS and MERS viruses," she explained. "So we hit the timing just right."

With COVID-19 declared a national pandemic, the Food and Drug Administration (FDA) was able to prioritize the production of coronavirus vaccines.

The Pfizer and Moderna vaccines are mRNA vaccines and were approved quickly because of previous work on MERS and SARS. The Novavax vaccine, which is expected to be given emergency authorization in May, is a protein subunit vaccine. Both mRNA and subunit vaccines elicit immune responses to the virus.

"It's like if you were a deer hunter and you were going hunting and you've never seen a deer in your whole entire life," Rachael Neckels said. "The mRNA would be like the picture of the exact deer you're looking for."