“There ain’t nothing I wouldn’t do for her,” Brian Artus said. “Hey, I love her to death. I’d do anything for her.” 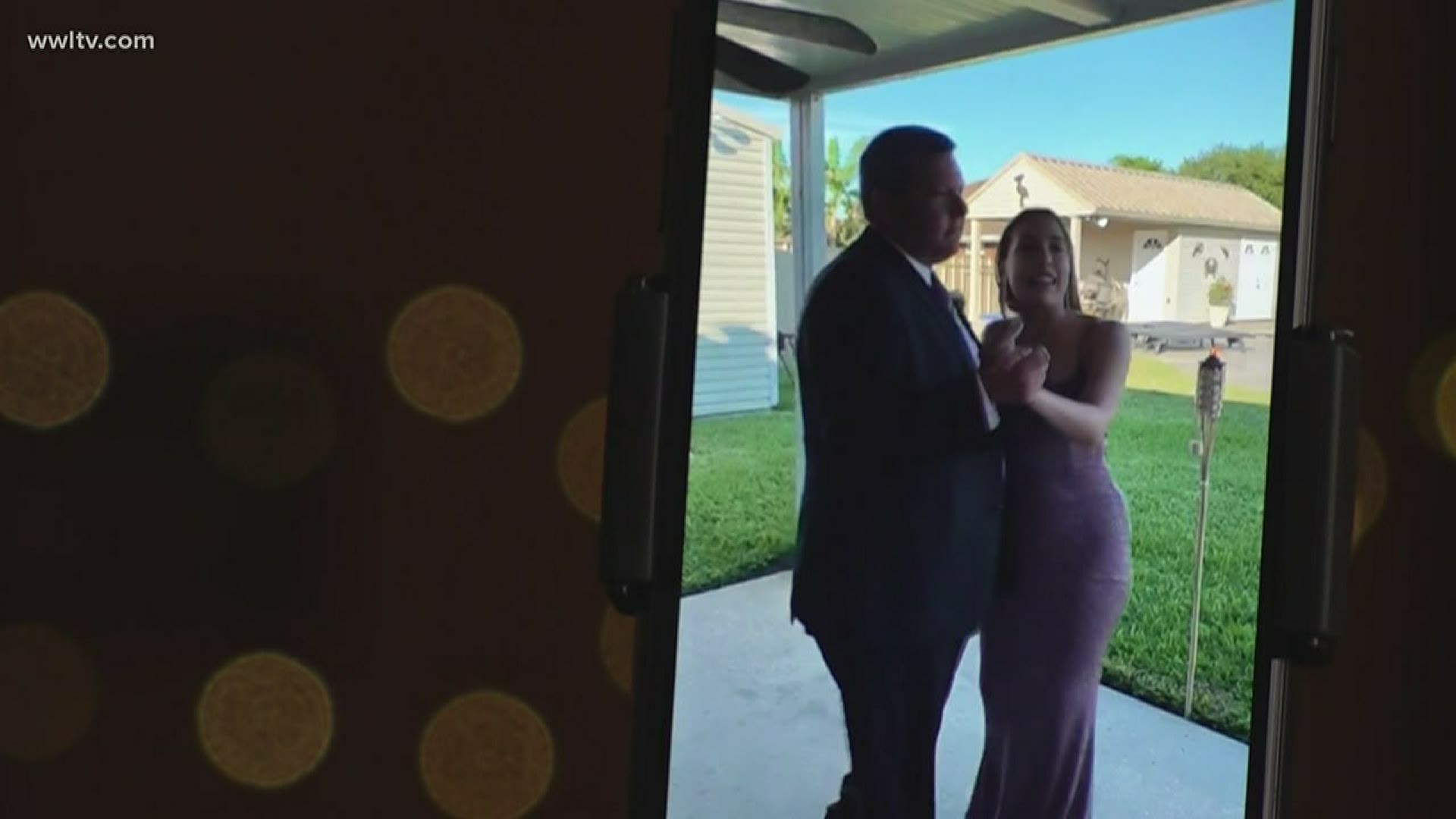 It’s not unusual for Cabrini High School senior Hailey Artus and her grandmother to go for a walk in the park.

So she thought nothing of it when they took a stroll on Thursday.

What did raise her suspicion is what she saw when she got back.

There it was, her prom dress with a note attached to the hanger, asking her to the dance.

“He was the first person to ever ask me to prom so it really meant a lot to me.”

Hailey’s mom, Jennifer, said she had to hurry her daughter along as soon as she said yes.

“I told her go get dressed,” Jennifer Artus said. “And she went in her room and got dressed.”

In a perfect world, Hailey and her friends would’ve gotten dressed Friday night instead and celebrated senior prom at the Deutsches Haus on Bayou St. John, around the corner from the campus they’ve called home for years.

But that won’t happen. Neither will other senior-year activities like graduation.

“These kids here, this is just down times for them,” Brian Artus said. “They don’t want to remember that.”

And that’s when the Artus family got an idea, thanks to little sister Gabby.

“I just knew that she was missing out so I wanted to do something special for her just to make her happy since she was kind of upset about not going to prom,” Gabby said.

So the prom came to her.

As Hailey and her grandmother took their walk, her dad Brian raced to his bedroom.

“I was able to go take a shower and get dressed and everything. My wife started doing decorations,” he said.

Minutes later, Hailey was back.

“I walked in the door and my dad’s standing there with a sign,” she said.

It was his request that she go to the prom with him.

She said yes, for the record.

“She started kind of tearing up a little bit,” Brian Artus said.

But time was wasting.

“Usually we tell you we’re going out to eat, it takes you, like, two hours to get ready,” Brian Artus said with a laugh.

“That was the quickest I think ever,” Jennifer Artus said.

They took their prom pictures and sat down together for a three-course meal.

“And then we danced to our favorite song,” Hailey Artus said.

Brian Artus and his girls had danced together before at father-daughter dances. But there might not have been any time as special as Thursday night as Tim McGraw’s “Don’t Take the Girl” came over the speakers.

This isn’t the way it was supposed to be for Hailey’s senior prom.

“There ain’t nothing I wouldn’t do for her,” Brian Artus said. “Hey, I love her to death. I’d do anything for her.”

And that’s why they wouldn’t have had it any other way.