Twenty-two people who attended a pair of golf tournaments at the private SpurWing golf course in June are now infected. 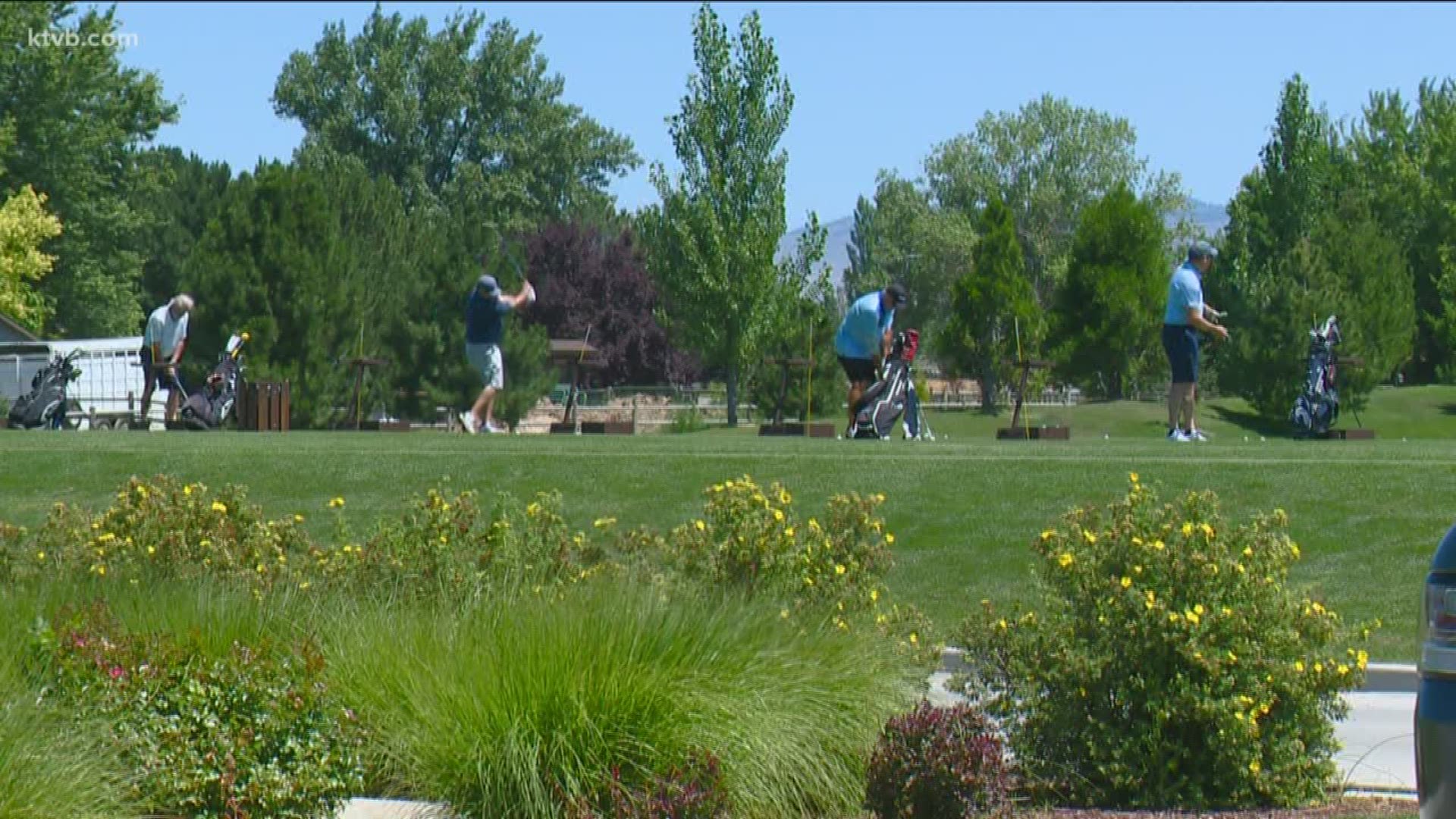 MERIDIAN, Idaho — Twenty-two people who attended golf tournaments at the private SpurWing golf course in Meridian have tested positive for COVID-19, according to Central District Health.

According to CDH spokeswoman Christine Myron, all of those infected had attended at least one of the two SpurWing tournaments, which ran from June 18-20 and June 24-27.

Myron stressed that its unclear whether those sickened contracted the virus at the event, or were already infected when they attended.

"This is a challenge to determine when there is such widespread community transmission and overlapping incubation and infectious periods during the dates of the tournaments," she told KTVB in an email. "However, what we do know, is that your exposure risk increases any time you're in a larger gathering, whether it's family, friends or strangers."

The health district began receiving the positive results on July 6. Although the investigation is still going on, according to officials, the thing all 22 people have in common is attending one of the tournaments.

RELATED: What is contact tracing, and how does it work with COVID-19?

"When we interview people who have tested positive we talk to them about their recent social and recreational activities and the specific dates they did those things," Myron wrote. "We align that information with their illness onset date. Combined, those pieces, coupled with the current widespread transmission in many of Idaho's counties, can be good indicators of exposure source."

So far, none of the 22 infected people have needed hospitalization.

Because of the dates of the tournaments, anyone else exposed to the virus at SpurWing would likely have shown symptoms of COVID-19 by now, unless they are asymptomatic. The 14-day quarantine window typically recommended for those who believe they have been exposed has already passed.

Anyone who thinks they are sick should contact their healthcare provider about getting tested.