The general manager said after being closed for 6 months, they couldn't afford to keep the doors closed. The state says the business does not qualify for reopening. 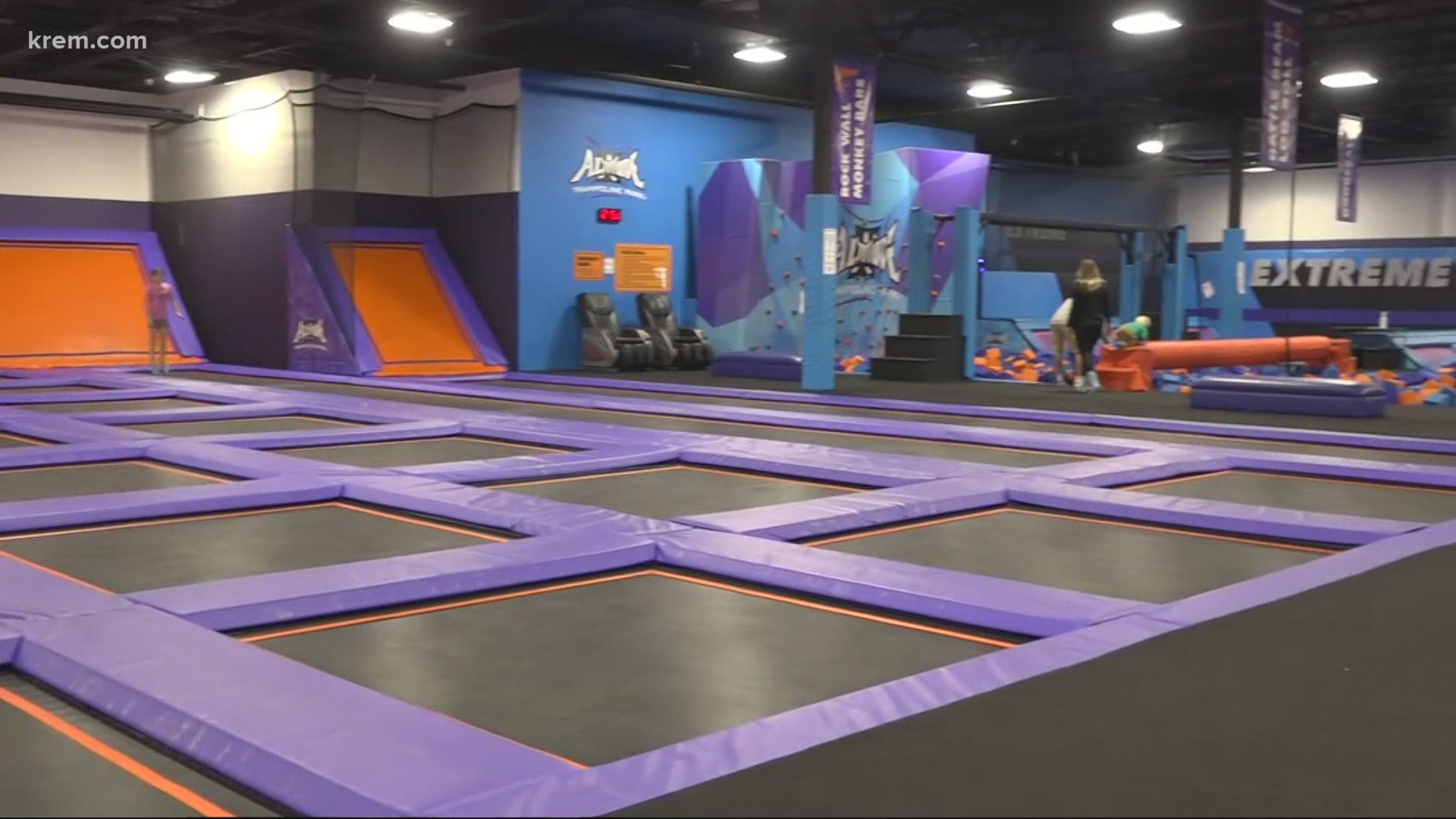 The Washington State Department of Labor and Industries said the business does not actually qualify to re-open.

General Manager Kenadee Gadish said after being closed for six months, they could no longer afford to keep the doors closed.

"Our landlord wasn't getting paid, it just was a trickle effect from the top down. Every single person has been affected," Gadish said. "And so, keeping our doors closed, we just decided it's time to stand up, it's time to fight for our business, our community and our employees."

Gadish's family owns the trampoline park and employs about 40 people.

Management believed they could reopen under Washington's Phase 2 guidelines for "indoor fitness and training" requirements.

"Anyone who's been on a trampoline, or in our park, knows that trampoline is a workout," Gadish said. "You jump for 10 minutes and you are tired. It is a great cardio workout."

Altitude made several changes in order to follow to these guidelines.

Capacity is limited to 83 people and sanitization stations are spread throughout the facility. Gadish said they even hired an employee whose only job is to constantly clean high touch surfaces. The foam pits are also cleaned regularly.

"We do spray those down every day and then every week we take all the foam out disinfect it and clean it," Gadish said.

Masks are also required. Unless customers are participating in jumping or exercising. Which Gadish said falls under the "engaged in strenuous exercise" exception in the indoor fitness requirements.

Shortly after reopening, Washington State Labor and Industries notified Altitude its business does not qualify for reopening at this time.

The letter served as a warning to close immediately, or Altitude would face a health citation and a $9,639 fine.

According to Washington State Labor and Industries, the change would require a new business license, which can be a lengthy process.

"As long as they are considered an indoor recreational facility, they're going to have to abide by the rules of facilities like that," Tim Church, with Washington State Labor and Industries said.

Altitude remains open and seeking support from the community through its online petition.

"I hope it gets our word out there and can be a voice for, you know, our business and other locally owned businesses like ours who are struggling through this pandemic", Gadish said.